In a Swiss study, fewer cancer patients underwent PCI and more of them had in-hospital complications than those with no prior cancer. 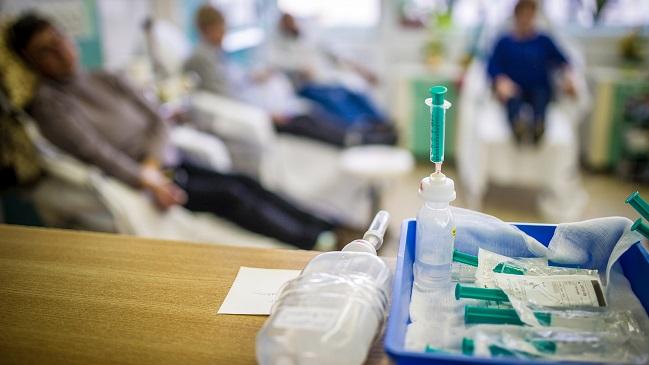 Patients with a history of cancer who develop acute MI receive less immediate treatment than patients with no such history, getting PCI less often and having higher rates of in-hospital mortality and complications, according to data from a large, prospective Swiss registry study.

Lead investigator Sabine Rohrmann, PhD (University of Zurich, Switzerland), told TCTMD via email that while severe comorbidities were accounted for, “unfortunately, we have no information about why physicians decided in favor or against a certain treatment, and whether a history of cancer or other comorbidities affected the physicians’ decision.”

Commenting on the study for TCTMD, Mladen I. Vidovich, MD (University of Illinois Hospital & Health Sciences System, Chicago, IL), said data are largely lacking on patients like these because anyone with a cancer history is usually excluded from clinical trials.

“I suspect there are two things going on here,” he observed. “One is that they may be sicker because they have cancer, and the other is that physician behavior is somehow different.” Vidovich said the reasons for that altered behavior may be difficult to tease out and are likely related to perceptions made in the immediate treatment period based on the cancer history and other factors.

The study was published online September 19, 2017, ahead of print in the European Heart Journal: Acute Cardiovascular Care.

Using data from the AMIS Plus registry, Rohrmann and colleagues used propensity-score matching to compare treatment strategies for acute MI between cancer survivors and those with no cancer history who were enrolled in the registry between 2002 and mid-2015. The study included 35,249 patients, 5.6% of whom had a history of cancer (malignant neoplasm, leukemia, lymphoma, or metastatic solid tumor).

One limitation of the Swiss study is that it was unable to capture data on tumor types or the treatments patients received for cancer. It also could not account for factors that might differ between acute MI patients with and without a history of cancer that could lead to different management decisions.

“Further research is warranted to examine in more detail whether these differences are only due to the type and stage of the cancer and if cancer survivors in general are treated differently compared with patients who are not affected by cancer,” Rorhrmann and colleagues write.

To TCTMD, Rohrmann added that collaboration among physicians of different disciplines also needs to be strengthened to improve care for cancer patients.

“[Tumor] boards are a good start, but once cancer patients have survived a certain period they don’t see their oncologists any longer (or not regularly) such that other disciplines such as cardiologists need to know more about the needs of this group of patients,” she said. “Cancer survivors are a strongly increasing group of patients and in particular those with long survival might be in need of special care.”

Vidovich and colleagues have shown data similar to the Swiss study using the HCUP Nationwide Inpatient Sample. In a poster presented last year at TCT, they reported that the incidence of acute MI in patients already living with cancer has climbed significantly in recent years, noting that these patients have higher rates of all-cause mortality, longer hospital stays, and higher hospital costs.

“Further refinement of this research is clearly needed,” said Vidovich. “Hypothesis-generating prospective studies are helpful, but I think we probably need prospective studies to get the kind of granular data that are needed on cancer treatment and staging.”