“Good outcomes can still be had, especially if we do research properly in this area,” the chair of the writing group says. 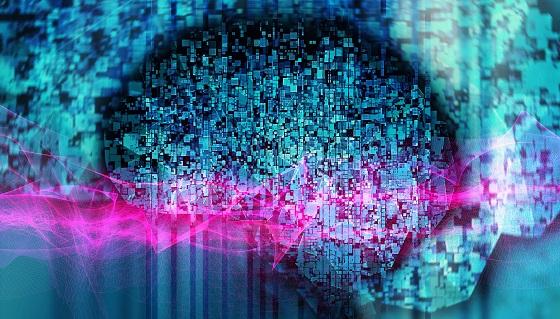 In the era of therapeutic hypothermia, investigators need to improve their methods when studying how best to assess neurological function for cardiac arrest survivors who remain in a coma, according to a new scientific statement from the American Heart Association.

Despite some treatment advances, overall survival and quality of life among patients who are resuscitated after cardiac arrest remain poor, Romergryko Geocadin, MD (Johns Hopkins Hospital, Baltimore, MD), chair of the writing group, explained to TCTMD. He added that trials of new therapies in this setting have largely provided negative or inconclusive results.

There’s a question, however, about whether the therapies are ineffective or there’s a problem with how their efficacy is being assessed. That resulted in Geocadin and colleagues taking a closer look at research on how brain function is determined “because neurologic prognostication in this setting is really the tool that is used to help decide—in conjunction with discussion with the family—whether a patient will be withdrawn from life-supporting therapies and be allowed to die without aggressive support.”

What they found was a host of studies subject to similar limitations. “The disturbing thing is that people keep repeating the same mistakes over and over again,” Geocadin said.

How to fix that is covered by the new scientific statement, which was published online July 11, 2019, ahead of print in Circulation.

Give them some time. I’ve been doing this for over 20 years and I’m still surprised that they actually do recover, even those that look very gravely ill very early on. Romergryko Geocadin

One of the biggest issues the experts noticed is that many of the measures used to predict outcomes in comatose survivors of cardiac arrest were not updated in the era of therapeutic hypothermia. That’s a problem, Geocadin explained, because recovery time can be longer and the clearance of sedatives and paralytics can be slower in patients who undergo therapeutic hypothermia. Thus, assessments of brain function that do not take these changes—and other potential confounders—into consideration are inherently flawed.

“There are some studies that apply neurological examination in the first 24 hours when patients are still undergoing therapeutic hypothermia,” Geocadin said. “If all of this is not corrected, the patient will falsely appear to be graver and more serious than they typically would if they’d be given more time to actually clear all of these factors and [have] the examination and the prognostication be done at a later date.”

There is a need, too, for newer and better tools to assess brain injury, Geocadin noted, pointing out that very few have been developed in the last decade or so.

In the scientific statement, the authors provide suggestions for how to improve the study of neurological prognostication, which up until now has depended primarily on retrospective studies that are underpowered to answer their research questions.

“The crux of this paper is to actually give recommendations on how questions ought to be framed and what are the things that ought to be measured as far as neurological function and what are the tests that are potentially going to be helpful,” Geocadin said. “And the key thing is when and how the testing is to be undertaken, [and] how to minimize the confounders.”

This is important, he indicated, because neurological assessments are key in making decisions regarding the continuation of treatment or withdrawal of life support. If patients can be given more time to recover, physicians might be surprised to see a greater proportion surviving with good function, he said.

“We work so hard as clinicians to save these people’s lives either by research or by resuscitating them,” Geocadin said. “I think that there’s the impetus right now to give them time to recover. Give them some time. I’ve been doing this for over 20 years and I’m still surprised that they actually do recover, even those that look very gravely ill very early on.”

He added that he hopes funding agencies will be supportive of improvements in the study of neurological prognostication “because this is still a very, very dynamic process and good outcomes can still be had, especially if we do research properly in this area.”

IV Thrombolysis Not Tied to New Infarcts After Stroke Thrombectomy

Upswing Seen in US Adult and Pediatric In-Hospital Cardiac Arrests