In two different cohorts, circulating levels of the peptide predicted mortality and improved risk stratification compared with the GRACE score. 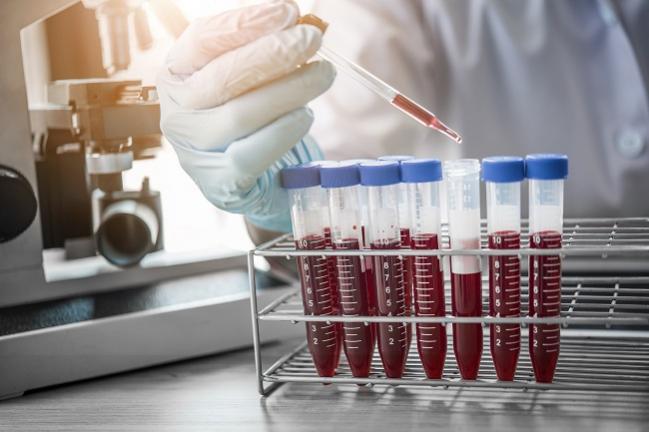 Levels of the amyloid beta (1-40) peptide in the blood of patients presenting with NSTE ACS are strongly correlated with mortality risk and may be a better means of identifying need for early intervention than standard GRACE scores, a new study suggests. The novel blood-based inflammatory biomarker also could potentially be a therapeutic target since outcomes in patients worsened with increasing levels.

“Indicators of inflammation are missing from the GRACE score,” the study’s senior author, Konstantinos Stellos, MD (Newcastle University, Newcastle upon Tyne, England), told TCTMD. His group believes amyloid beta (1-40) (Aβ40) is a nonspecific inflammatory biomarker that is not necessarily upregulated in all inflammatory diseases, but may be indicative of chronic inflammation rather than only cardiac injury. In a prior study, the group also found a strong correlation between the peptide and mortality in patients with heart failure.

“All this data points toward the direction that [it] could be a powerful biomarker, but it needs to be validated in future cohorts,” Stellos said. The study was published online May 21, 2018, ahead of print in the Annals of Internal Medicine.

Led by Kimon Stamatelopoulos, MD (Alexandra Hospital, Athens, Greece), the researchers examined levels of Aβ40 in the blood of 1,145 patients who presented to the emergency department of Heidelberg University Hospital in Germany between 2009 and 2014 and who had a final diagnosis of NSTE ACS. For validation, they also looked at frozen blood samples that had been taken from 734 patients enrolled in the ongoing European APACE study, which is looking at methods for rapidly ruling out MI in patients presenting to the emergency department. GRACE scores were calculated for patients in both cohorts, and Aβ40 levels were grouped according to tertile.

The association between Aβ40 and mortality remained after adjustment for the GRACE score in both cohorts. In a pooled analysis of the Heidelberg and APACE groups, all three tertiles of Aβ40 were associated with mortality independent of GRACE score. When Aβ40 was added to the GRACE score, discriminatory ability was improved, and more patients were appropriately reclassified into lower-risk categories for mortality than with the GRACE score alone.

In contrast to high-sensitivity C-reactive protein, which is an inflammatory biomarker that does not cause any disease itself, Stellos said there is a suggestion that Aβ40 may behave like oxidized LDL and bind to scavenger receptors, thereby causing coronary disease or at least contributing to the mechanisms that lead to atherosclerosis or ACS.

Given the dose-response relationship between high Aβ40 and higher mortality seen in the study, Stellos also said he believes it may be possible to take a therapeutic shot at the peptide and attempt to reduce its presence in the blood with antibodies or beta-secretase inhibitors.

Also important, he noted, is that certain medications that patients take may actually increase Aβ40, making it important to work on ways to identify how Aβ40 becomes increased and whether decreasing it leads to better outcomes. For the time being, however, much of the speculation about the peptide is based on basic research and needs replication in humans.