Extended-term DAPT still has a role for those at higher ischemic risk but with a low likelihood of bleeding, the authors say. 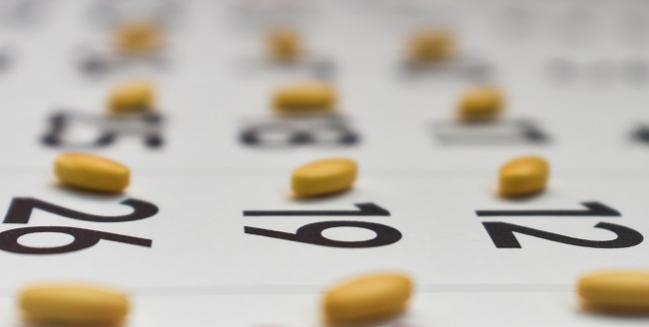 The results of a large network meta-analysis throw additional support for a paradigm shift in how dual antiplatelet therapy (DAPT) should be maintained after PCI with drug-eluting stents, researchers say.

“We suggest that for patients who are not high risk, most of the time short-term DAPT for less than 6 months followed by P2Y12 inhibitor monotherapy is the way to go,” said Safi U. Khan, MD (West Virginia University, Morgantown, WV), lead author of the study, which was published online August 3, 2020, in Circulation. “But if you are concerned that the patient has high ischemic risk, such as ACS patients, then you can continue [DAPT] beyond 12 months.”

Khan added that the shift away from aspirin toward P2Y12 inhibitor monotherapy is an inevitable “modern trend” that is supported by contemporary data, as the meta-analysis demonstrates.

The 24 included trials enrolled 79,073 patients with a median follow-up of 18 months and compared different durations of DAPT. Khan and colleagues found that extended-term (> 12 months) was associated with a higher risk of major bleeding compared with all other DAPT durations, except in those with ACS. Importantly, there were no significant differences in mortality between the different DAPT strategies.

The researchers say de-escalating DAPT in this way allows for a more personalized approach that considers each patient’s relative and absolute risk of ischemia and bleeding.

However, Ajay Kirtane, MD (NewYork-Presbyterian/Columbia University Irving Medical Center, New York, NY), who commented on the study for TCTMD, said he finds it difficult to amalgamate such heterogenous studies in the form of a network meta-analysis.

“I do think that in general the data seems to favor de-escalation of DAPT and/or monotherapy, but there are many important differences between the studies (e.g. variability in use of intravascular imaging, different antiplatelet agents used, even different stents) that make it more challenging to quantitatively synthesize the data in this way,” he said in an email. “It’s not to discount the study and the efforts made, which were no doubt laborious and rigorous.”

Digging into the Data

Current guidelines from the American College of Cardiology/American Heart Association recommended DAPT (aspirin and a P2Y12 inhibitor) for 6 months after PCI with DES in patients with chronic coronary syndrome. The guidelines give the option to extend DAPT in those who remain free of a bleeding complications and do not have high bleeding risk. Likewise, the European Society of Cardiology recommends 6-month DAPT in irrespective of stent type, with extended DAPT reserved for patients at high thrombotic risk with low risk of bleeding and 1 to 3 months of DAPT in those with high bleeding risk. Both guidelines advise at least 12 months of DAPT for ACS with low risk of bleeding and 6 months for those with high risk of bleeding.

In addition to similar mortality across the different DAPT durations, there also was a similar incidence of cerebrovascular events and repeat revascularization. For the endpoint of net adverse clinical events—major bleeding plus MACE—only short-term DAPT followed by P2Y12 inhibitor monotherapy had a lower risk compared with 12-month DAPT (RR 0.74; 95% CI 0.57-0.96).

In patients with ACS, extended-term DAPT was associated with a reduced risk of MI without significant increase in the risk of major bleeding compared with 12-month DAPT. CV and all-cause mortality were similar across the various strategies.

De-escalation of DAPT to P2Y12 inhibitor monotherapy within 1 to 3 months after PCI with DES is a relatively new approach that has been tested with various results in STOPDAPT-2, SMART-CHOICE, TWILIGHT, and GLOBAL LEADERS. All but GLOBAL LEADERS found significant reductions in bleeding and similar rates of ischemic endpoints with a short-term DAPT strategy followed by P2Y12 inhibitor monotherapy. Most recently, TICO showed that switching to ticagrelor (Brilinta; AstraZeneca) monotherapy after 3 months of DAPT reduced major bleeding without increasing ischemic risk in ACS patients.

For his part, Khan said he believes that with this network meta-analysis, there is now adequate contemporary evidence to support considering a paradigm shift in DAPT.

“My personal perception is that perhaps [the new analysis] is going to influence the upcoming professional cardiovascular guidelines,” he said, adding, “We will see.”

But Kirtane noted that there are often limitations to quantitative syntheses of disparate sources of data that need to be considered.

“For example, are we really confident that clopidogrel monotherapy after 1 month is the best strategy for a patient from South Asia (ie, higher prevalence of CYP2C19 polymorphisms) treated with a first-generation DES that was undersized and placed without imaging? These are real-world decisions that clinicians are confronted with, and sometimes it’s just hard to quantitatively synthesize the data in this manner,” he explained.

Strokes Impacted as COVID-19 Hit the Northeastern US

Some Good News, Some Bad in Proposed 2021 CMS Reimbursement Changes