After 5 days of rivaroxaban, patients switched to aspirin for continued VTE prophylaxis fared just as well as those maintained on the costlier drug. 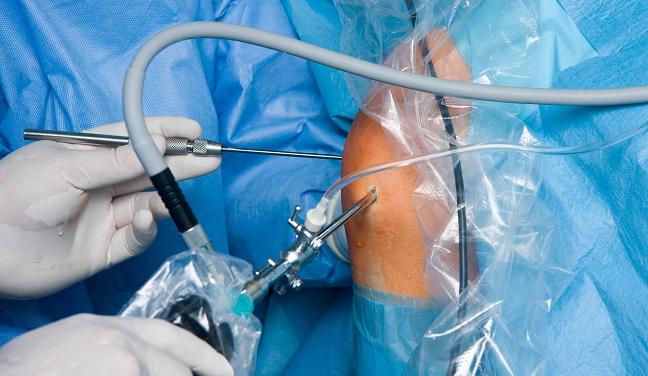 Switching patients from a direct oral anticoagulant to aspirin in the early days after hip or knee arthroplasty is effective for the prevention of symptomatic venous thromboembolism (VTE), according to the results of a new study.

Among patients who underwent hip or knee replacement surgery and were treated with rivaroxaban (Xarelto; Bayer/Janssen) for 5 days, there was a noninferior difference between the rate of VTE at 90 days in patients switched to aspirin at that time and the rate observed in patients who received prolonged rivaroxaban, report investigators.

“At the end of the day, it’s a pretty simple clinical question we addressed and I think we pretty clearly demonstrated that aspirin is a good alternative to anticoagulation for this indication,” lead researcher David Anderson, MD (Dalhousie University, Halifax, Canada), told TCTMD. “Given the evidence, the cost, the convenience—all of those things—[aspirin] is a choice many patients and surgeons would choose to use.”

While oral anticoagulation for VTE prophylaxis is commonly accepted clinical practice, as well as supported by guidelines, Anderson said his research group questioned whether practice could be simplified to save money, as well as potentially provide a safer alternative with aspirin. For patients undergoing total hip or total knee arthroplasty, anticoagulant prophylaxis is recommended for a minimum of 14 days and as many as 35 days.

Anderson said that given the safety and efficacy of aspirin, the medical community should “take a hard look” at their data for how to best prevent VTE in these surgical patients. “Given the number of people that undergo these procedures, this would be a significant savings to patients and the healthcare system to make this change,” he said.

The results of the study are published in February 22, 2018, issue of the New England Journal of Medicine.

In the study, known as EPCAT II, the technical aspects of the hip and knee arthroplasty procedures were left to the discretion of the surgeons, but all patients received 10 mg of rivaroxaban in the hospital with daily administration thereafter until day 5. On day 6, the patients undergoing knee arthroplasty were randomly assigned to an additional 9 days of treatment with rivaroxaban 10 mg or aspirin 81 mg. For those undergoing hip arthroplasty, they were randomly assigned to rivaroxaban 10 mg or aspirin 81 mg for 30 days.

During the 90-day follow-up period, proximal deep vein thrombosis or pulmonary embolism developed in 11 of the 1,707 patients (0.64%) treated with aspirin and 12 of the 1,717 patients (0.70%) who received rivaroxaban (P < 0.001 for noninferiority; P = 0.84 for superiority). The results were similar in the hip and knee arthroplasty subgroups, as well as among patients who were already taking long-term aspirin therapy for other indications.

Regarding the bleeding rates observed in the trial, Anderson said that because all patients received rivaroxaban as part of the study protocol before randomization, it is difficult to determine the reason for the slightly higher number of events with aspirin. “Most of the bleeding events occurred early on following randomization and you can’t really tease apart whether the bleeding was due to the aspirin or the five days of anticoagulation following surgery,” he said.

In an editorial, David Garcia, MD (University of Washington, Seattle), calls the study “practice-changing, because the point estimates for the relative safety and efficacy of the two treatments are precise and the included patients represent a typical population undergoing joint-replacement surgery.”

Garcia notes that patients with morbid obesity, cancer, and previous VTE weren’t included in EPCAT II so it’s uncertain how the two treatment strategies would perform in these high-risk patient populations. That said, he notes that postoperative mechanical thrombosis prophylaxis (pneumatic compression, graduated stockings, or both) was used infrequently. It’s possible that high-risk patients treated with aspirin would have acceptably low rates of VTE if mechanical prophylaxis were used in combination, writes Garcia.

Apixaban May Be Better Choice Than Rivaroxaban for DVT Patients