Conversations in Cardiology: In the ISCHEMIA Era, What Role for FFR? 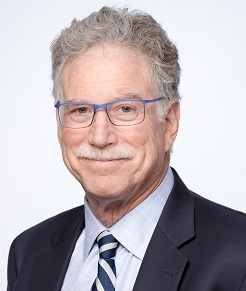 Morton Kern, MD, of VA Long Beach Healthcare System and University of California, Irvine, often engages his colleagues via email in brief, informal dialogue on clinically relevant topics in interventional cardiology. With permission from the participants, TCTMD presents their conversations for the benefit of the cardiology community. Your feedback is welcome—feel free to comment at the bottom of the page.

I need help with another question posed by many of the docs at my site. While I agree fully with Sunil Rao that 70% of what most of us do is ACS, and that was my practice in Pennsylvania and North Carolina, I find myself in a situation in Birmingham with my hospital on a hill surrounded by a number of PCI hospitals who get most of the ACS.

Consequently and surprisingly, about 80% of this practice is elective stable ischemic heart disease (SIHD) PCI with much less ACS.

The conundrum exists, of course, like the patient I saw yesterday in office whose chest pain has heated up the past few weeks. He has gone from angina 2x/week to now daily angina with minimal exertion and some pain at rest. I wanted to admit. He will come in electively this AM.

1. Count him as crescendo angina/Class III, and this doesn’t become a ISCHEMIA patient.

2. The question at hand is, let’s say he did have a recent nuclear scan with moderate ischemia and Class II angina, what is the role  of FFR after ISCHEMIA?

3. Are all the data in FAME and FAME 2 now superseded by this trial? I know not all patients with SIHD needed FFR, but the good majority did.

4. If you do an FFR and it’s positive in a patient who met entrance criteria for ISCHEMIA (let’s leave the truly asymptomatic patients aside) and the FFR is done well and is positive . . . then what?

Dave is struggling with the approach to SIHD in his area. Here is my response to Dave:

I'm not sure why you're struggling so much.

I don't think I missed the main point of the ISCHEMIA trial. Colleagues?

Good summary, but I would add three concepts.

So the conversation with the patient can be built around these facts.

I agree with all your comments, Mort. The critical issue here is that in the stable patient, it has not been about MI/death prevention but quality of life (QoL). We know that patient compliance and tolerance with complex medical therapy regimens outside of a clinical trial is less than optimal. The importance of patient preference and patient/doctor discussion remains the important message.

Here are my thoughts:

Jeff’s summary is a great distillation of the takeaways from ISCHEMIA. We’ve been treating SIHD patients chiefly for symptom improvement for more than a decade, and this study confirms the appropriateness of our practice.

I thought the most provocative finding from ISCHEMIA was the reduction in spontaneous MIs. Let’s remember that the big knock on COURAGE was the concern that the most at-risk patients were never enrolled. Presumably, those would be the folks at greatest risk of events like MI. Now that we’ve got a trial of SIHD that absolutely enrolled some high-risk people, we see an MI benefit from PCI and CABG. Sunil Rao, Tim Henry, and a couple others reminded me this was also observed in FAME 2 and COMPLETE—somewhat different populations but a signal of MI reduction benefit with revascularization nonetheless. We’ll have longer follow-up, but for now, I’m comfortable telling patients that a lower risk of spontaneous MI is a potential benefit of early revascularization.

I agree entirely with KNG. It is part of a strong data set.

Great questions and insights. Would also offer that a spontaneous, unpredictable MI is a greater clinical stress to patients and physicians compared to a periprocedural MI occurring in-house.

I agree completely with Jeff’s comments. ISCHEMIA in fact reinforced much of what FAME 2 showed: in patients with stable CAD, compared with medical therapy, FFR-guided PCI reduced spontaneous MI at 5-year follow-up (same as revascularization in ISCHEMIA) at a cost of a small bump in peri-PCI MI (same in ISCHEMIA), decreased urgent revasc (revascularization significantly decreased unstable angina in ISCHEMIA), improved quality of life and angina relief (same as ISCHEMIA), without a change in overall mortality (same is ISCHEMIA). ISCHEMIA did not show a relationship between the degree of ischemia on stress imaging and outcomes, but I think this is simply a reflection of the lack of precision of the noninvasive tests (as mentioned by Jeff); numerous previous studies have shown a clear gradation between FFR values (degree of ischemia) and risk for events in medically treated patients. Of note, one-quarter of patients in ISCHEMIA had treadmill tests alone.

Great discussion. There is also a potentially important issue in relation to complete relief of ischemia or, if you prefer, functionally complete revascularization. For various reasons, we all know that significant numbers of patients are left with potential ischaemia even after revascularization, whether by PCI or CABG. FAME 3 will shed some further light on this—it should finally complete recruitment next month.

We plan on reporting the impact and implications of complete versus incomplete and anatomic and functional revascularization at the ACC in 2020.

All great points. Dave, regarding your patient, one thing to remember about QoL is that the number need to treat to render a patient with weekly angina completely “angina-free” with the invasive approach versus the conservative one is three. Also, only 29% of patients in ISCHEMIA had angina that started or became more frequent in the last 3 months, with the median angina frequency being monthly.

Beyond your patient, some take homes from the trial for me:

Another parallel question is adequacy of revascularization. Based on ULTIMATE and DEFINE-PCI, I’d want to know how often stents were optimized and would also be concerned about not truly eliminating the ischemia.

In addition, most of them had 50% lesions by CT, with some 70%. We know physiology has proven most of these do not need intervention! No wonder the PCI arm ended up similar (in some respects) to OMT.

I don't think we know what the lesion severity was by CT, Gus. We know the patients had to have at least one 50% lesion to qualify for the study and about half had "3Vdz" by this definition. But the CT results were blinded to the investigators, and I haven't seen any data on the actual lesion severity (yet).

Note that all the Kaplan-Meier curves cross at 1-2 years’ follow-up and continue to diverge. With the follow-up available at the time of this report, P values are in the 0.2-0.3 range (so not “significant"). Only half of the cohort followed up at 3 years and one-third at 4 years.

It will be interesting to see what happens to this trend in the next several years.

Hopefully whatever effect there is will not be obscured by too much crossover from the conservative group to the revascularization group (already at 23%).

Let's hope that the extension gets funded by the NIH—otherwise, there won't be longer follow-up.

Also, one thing that has not been appreciated is that fully half of the crossovers occurred AFTER a primary endpoint had already occurred (I don't know the details, but presumably in most cases, the patient presented with a NSTEMI and underwent PCI during the hospitalization). Given the sequence, those types of crossovers actually have no effect on the primary endpoint Kaplan-Meier curves (although they could lead to some erosion of the antianginal benefit). So from the standpoint of CV death/MI, the effective crossover rate is only around 10-11%, which isn't bad for a 4-year trial.

Thanks to David for starting the conversation. Very interesting to read everyone’s take on the trial, and it will be helpful as our patients begin to ask the questions we know will come. I guess my main concern is all we have so far is what’s been presented without the publication.

But Dave: either of those things is “failing the strategy.” Whether the patient crosses over OR has an MI event (because death is low), both are not great.

Yes, but most people worry about crossover because it dilutes the treatment effect. In the case of an MI preceding a revasc, the event is counted correctly and there’s no dilution.

Only 8% of patients of the 28% who underwent angiography by 4 years in the conservative arm “crossed over” for nonadherence to the protocol (ie, without a valid reason – a protocol violation). The remainder had valid reasons such as development of refractory angina or an actual or suspected endpoint event. Hard to argue any of these crossovers affected the absolutely neutral mortality outcomes or the markedly positive QoL benefits (100% certainty of effect by Bayesian in patients with baseline angina).

It is difficult to describe the overall treatment effect when the curves are crossing. The HR is not completely accurate given the nonproportional hazards, and Cox models are invalid. There were actually statistically fewer events in the invasive arm at 4 years—the CV death/MI risk difference was -2.2% (95% CI -4.4%, -0.1%). However, given the upfront risk of periprocedural MI, the total event-free time in both groups was not different.

The Bottom Line (According to Kern):

The ISCHEMIA trial reinforces some of our beliefs in the need for better anti-ischemic medical therapy prior to revascularization in SIHD patients and that absent objective ischemic findings FFR still applies to decision-making. What may be in question is what will be the best noninvasive ischemic testing: FFRCT, PET, or something else? The longer-term follow-up of ISCHEMIA will be warmly welcomed to this debate.

TCAR’s Rise Is Shaking Up Carotid Stenosis, but Dependable Data Lag Behind