Experts are calling for more randomized studies to confirm the mechanism by which ARBs and ACE inhibitors might help patients with aortic stenosis. 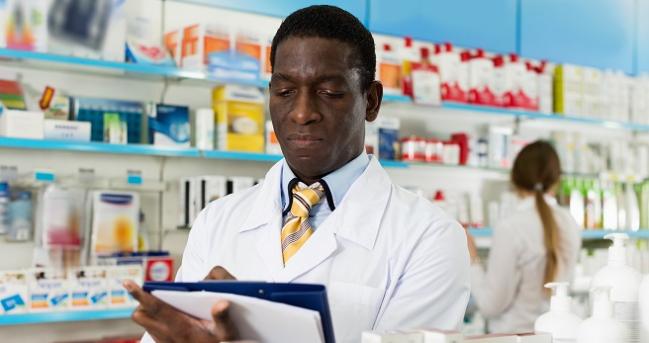 Prescription of a renin-angiotensin system (RAS) inhibitor following TAVR is associated with lower risks of mortality and hospitalization for heart failure at 1 year, especially in patients with preserved left ventricular ejection fraction, according to results from a retrospective cohort study.

Prior analyses of heart failure patients have shown that the benefit of RAS inhibitors—angiotensin-converting enzyme (ACE) inhibitors or angiotensin II receptor blockers (ARBs)—is prevalent mainly among those with reduced LVEF. “Therefore, our finding was against our expectation from this aspect,” lead author Taku Inohara, MD, PhD (Duke Clinical Research Institute, Durham, NC), told TCTMD via email. “This may suggest that the mechanism of a RAS inhibitor for patients after TAVR is different from that for [heart failure] patients. At the same time, our results may also suggest that a RAS inhibitor is beneficial for almost all patients who underwent TAVR (not only those with reduced EF but those with preserved EF).”

This study confirms prior findings that have revealed a prognostic impact of RAS blockade in aortic stenosis, commented Tomoki Ochiai, MD (Cedars-Sinai Medical Center, Los Angeles, CA), who co-authored a similar study published last year. “Furthermore, the investigation is of clinical interest because they suggested a positive effect in patients even after TAVR. However, all of the studies to date are retrospective, and these results are only hypothesis-generating,” he noted in an email to TCTMD.

Published last week in JAMA, the study by Inohara and colleagues included 21,312 patients who received TAVR at 417 American centers between July 2014 and January 2016; 39.7% received a RAS inhibitor at hospital discharge. Those who were prescribed RAS inhibitors were more likely to have atherosclerotic comorbidities, report lower LVEF, have concomitant beta-blocker prescriptions, and have a lower Society of Thoracic Surgeons Predicted Risk of Mortality score.

All patients in the study had substantial improvements in health status at 1 year as measured by the Kansas City Cardiomyopathy Questionnaire score, but the extent of improvement was greater for patients with a prescription for a RAS inhibitor (P < 0.001).

Baseline characteristics of the study population suggested that most were eligible for RAS inhibitor treatment for other indications, Inohara explained, though he noted that there was “significant variation” among centers in their prescribing patterns. “The institutional variation was not dependent on the patient characteristics, patient risk, or indication of a RAS inhibitor but was derived from institutional preference,” he said, adding that there has been little guidance as to how RAS inhibitors should be offered after TAVR up until now.

Due to their study’s retrospective nature and potential selection bias, Inohara said it is not powered to change prescription patterns or update guidelines. “But, I would say, if the patient after TAVR has any indication for a RAS inhibitor (eg, hypertension, coronary artery disease, renal dysfunction) and does not have any contraindication, prescription of a RAS inhibitor may be reasonable,” he suggested.

Commenting on the findings for TCTMD, Sachin Goel, MD (Prairie Heart Institute, Springfield, IL), said he was “happy to read this paper” as it builds off of a study he co-authored on RAS-inhibition following surgical AVR in 2014. This research “confirms that there is a role for RAS inhibition in patients with aortic stenosis, not just in surgical patients but also in transcatheter aortic valve patients,” he said.

“The next step is going to be a prospective randomized trial looking at the role of renin-angiotensin inhibitor treatment post-transcatheter aortic valve replacement and possibly [after] surgical aortic valve replacement to see what impact it has on outcomes,” Goel said, adding that this kind of a study will potentially lead to discovery of the mechanism behind how RAS inhibitors improve mortality and heart failure hospitalizations in patients with aortic stenosis.

Ochiai also called for a prospective study to look at RAS blockade in these patients, noting that the ongoing RASTAVI trial may lend some answers in terms of clinical outcomes and ventricular remodeling soon. “We need to see the results of the study, and this finding requires further investigation especially in RCT,” he said.

All of this becomes especially important with the possibility of TAVR being made available to lower-risk patients, Ochiai said. “Since TAVI has become a routine procedure and smaller and safer devices have become available, recent trials are reporting fewer procedural complications and improved early mortality after TAVR. Therefore, in the near future it will be more important to address the factors associated with long-term mortality, particularly in a younger population. RAS blockade therapy may play an important role in this aspect.”