“We can apply drug delivery [while] saving a lot of metal with the same result,” the study’s lead author says. 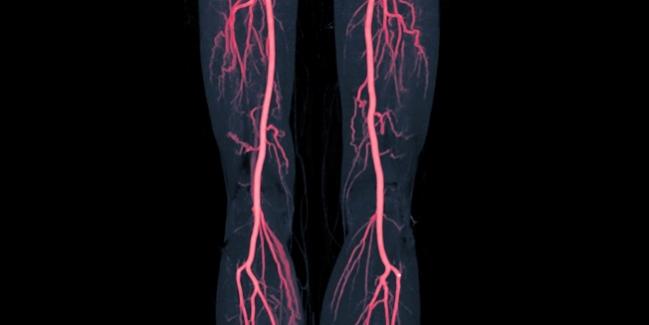 The results show that, at least at 12 months, there is no difference in patency between a strategy of using drug-coated balloons (DCB) with provisional bare-metal nitinol stenting versus an all-DES approach, lead author Francesco Liistro, MD (San Donato Hospital, Arezzo, Italy), told TCTMD via email.

“This means that we can apply drug delivery [while] saving a lot of metal with the same result,” he said, noting that the DRASTICO findings dovetail with those of REAL PTX. As previously reported by TCTMD, though, REAL PTX hinted at an advantage for DES by 36 months.

Indeed, the Katsanos meta-analysis that spurred ongoing debate over the long-term safety of paclitaxel-based devices in PAD showed an inflection point after 1 year: all-cause death was 68% higher at 2 years and 93% higher at 5 years compared with an uncoated balloon.

Still, the latest data can inform practice, Liistro indicated: “The most relevant message for clinicians is that the study was performed in a scenario mainly composed of [critical limb ischemia (CLI)] diabetic patients with long and complex lesions. This means that the results fit in patients we treat every day.”

DRASTICO investigators enrolled 192 patients (240 lesions in 225 limbs) with intermittent claudication or CLI who were undergoing femoropopliteal interventions, randomizing them 1:1 after successful target lesion predilation either to the paclitaxel-coated Pacific IN.PACT balloon (Medtronic) with BMS as needed or to systematic stent implantation with the Zilver PTX paclitaxel-eluting stent (Cook Medical). In both study arms, more than half of patients had diabetes and/or CLI and more than 60% had total occlusions. Mean lesion length was 14 cm.

Initially the DES-only strategy, as expected, resulted in a larger postprocedural minimal lumen diameter (mean 3.5 vs 4.2 mm) and less residual dissection (5% vs 61%) than did the DCB-first strategy (both P < 0.001). Still, stents were employed in only 21% of lesions within the DCB group, a rate the researchers describe as “remarkably low, probably because of the use of long balloon inflation to seal flow-limiting dissection.”

At 12 months, the primary endpoint of target lesion binary restenosis on Doppler ultrasound was 21% in DES-treated patients and 22% in the DCB-first group (P = 0.90). Clinically driven TLR occurred in 17% and 14% of the DES and DCB arms, respectively (P = 0.50), but there were no major amputations.

Speaking to the big picture, Richard F. Neville, MD (Inova Health System, Falls Church, VA), told TCTMD that he’s already seeing fallout from the Katsanos meta-analysis. “Even though we can’t determine a cause—it just doesn’t make sense—there certainly does seem to be a [mortality] signal” over the years, he commented.

In his healthcare system of five hospitals, for which he oversees vascular services, Neville said they’ve already implemented measures based on these concerns. For example, the hospitals “are no longer going to use drug-eluting technologies for claudication, except in very dire, unusual circumstances,” he said, and even with CLI, physicians must decide for each case whether the benefits of a paclitaxel-based approach outweigh the potential risks and document in their notes that they’ve discussed these details with patients and their families.

Asked by TCTMD how these latest results fit in with the recent tumult, Liistro said that his team has been following all of the patients treated with paclitaxel-based devices at their center from 2009. Long-term, patient-level data that include information on clinical status, risk factors, and medication use are in the works.

“The data will be released by the end of the year, but we do not see at the moment an increase in mortality linked to paclitaxel-based devices,” he noted.

For Liistro, the most promising area of future research involves vessel preparation, since “the mechanism of failure in [superficial femoral/popliteal artery] interventions relies on negative remodeling but also on acute results. . . . Furthermore, new drug-eluting technologies with liposomes[-in-]microsphere and nano elution, releasing paclitaxel or sirolimus, will be soon ready and tested in this complex and high-risk clinical scenario.”

John R. Laird, MD (Adventist Heart and Vascular Institute, St. Helena, CA), in an accompanying editorial, notes that the durability of DES and DCB in this setting have been demonstrated by various studies through 5 years. However, he says, “with the advent of effective drug-eluting therapies, questions have arisen regarding the optimal strategy: a drug-eluting scaffold or ‘leave nothing behind’ DCB?”

The current study, though impressive in terms of procedural success and lack of major amputation, has several limitations, Laird comments. These include “the relatively small sample size, imbalance in baseline patient characteristics, lack of independent angiographic and ultrasound core laboratories, lack of independent adjudication of outcomes, and relatively short-term (12-month) follow-up.”

Perhaps even more importantly, he adds, “the findings of the DRASTICO trial may also have been already made obsolete by the introduction of a newer, polymer-based DES with prolonged and controlled paclitaxel elution,” specifically Eluvia (Boston Scientific), which was evaluated in the IMPERIAL trial.

IV Thrombolysis Not Tied to New Infarcts After Stroke Thrombectomy

Upswing Seen in US Adult and Pediatric In-Hospital Cardiac Arrests

No Negative Impact With Transfer After Endovascular Thrombectomy: DEFUSE 3