Some experts say there is still not enough evidence to abandon bare-metal stents altogether, and that the optimal duration of DAPT remains unknown. 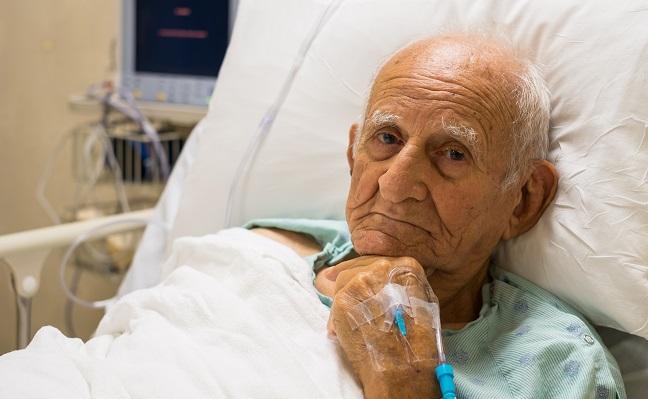 In patients at high bleeding risk undergoing PCI, implantation with certain drug-eluting stents optimized for biocompatibility is associated with lower rates of MACE and other endpoints compared with bare-metal stents even with only 1 month of dual antiplatelet therapy (DAPT), according to a new meta-analysis. The authors argue that the results once again question the appropriateness of using BMS in this population moving forward.

“The main reason we are still using BMS is to shorten the duration [of DAPT], especially [for] the patients with a high risk of bleeding,” lead study author Rahman Shah, MD (University of Tennessee, Memphis), told TCTMD. “But it looks like there is probably not much of a role [for BMS] with the new generation of drug-eluting stents. There may be some other scenarios—like we still don't know about [saphenous vein] grafts, which is still controversial because the recent trials show there was no difference between bare-metal and drug-eluting stents—or maybe in countries where cost is a major issue there may be some role for a bare-metal stent, but there may be more cost in safety and efficacy.”

At 1 year, DES were associated with lower risks of MACE, TLR, TVR, and MI compared with BMS.

One-Year Outcomes: DES vs BMS With 1 Month of DAPT­­­­

There was also a trend toward less stent thrombosis with DES compared with BMS (1.8% vs 2.8%), but this was not statistically significant in the random-effects model. There were no differences observed in the risks of all-cause death, cardiac death, and bleeding between the two stent types.

Shah said he was not surprised at the results since “we all know [the newest-generation DES] are much better.” He was intrigued by the difference observed between the groups in stent thrombosis risk, however, given that it was previously thought this complication was more likely with DES than with BMS. Even with a short duration of DAPT, their result “is contrary to what we have been thinking,” he said. “If [DES are] not safer, at least it's not worse than bare metal.”

Many cardiologists are still “fixated” on the fact that first-generation DES were associated with stent thrombosis and hence think that patients who receive DES today will need a longer duration of DAPT, Shah said. “There are still referring physicians [and] surgeons recommending . . . bare metal with the hope they can use shorter duration of DAPT. If they know that we should not be using bare metal just to shorten the duration of DAPT therapy, then probably [this practice] will change. But it's probably going to take some time to change that mentality.”

For the patients who cannot even tolerate DAPT for a month, he questioned the appropriateness of stenting them in the first place. “If the patient cannot be on DAPT [for] a month, that means they are very sick,” Shah said. If stenting is indeed indicated, “the second question is: which one?”

In an accompanying editorial, Dean Kereiakes, MD (The Christ Hospital Heart and Vascular Center, Cincinnati, OH), writes that “although this analysis clearly supports DES (vs BMS) use in this context, closer scrutiny suggests that the relative magnitude of benefit attributable to newer-generation DES is likely minimized by the specific DES used in at least two of the trials.” Specifically, he notes that the Endeavor zotarolimus-eluting stent is no longer commercially available due to higher observed rates of restenosis and stent thrombosis by 1 year and that the BioFreedom drug-coated stent has thick struts, which are “directly correlated with thrombogenicity because of delayed and/or incomplete endothelial coverage and healing and altered luminal shear stress dynamics.” These constraints may have affected the outcomes observed in the respective original trials, Kereiakes argues.

However, use of the thin-strut Synergy stent led to a reduction in stent thrombosis in the SENIOR trial, so “these data suggest incremental clinical benefit for thinner-strut contemporary DES,” he writes.

Moreover, the overall findings of the study are “supported by and consistent with” several others in the literature, Kereiakes notes.

In an editor’s note, Ajay Kirtane, MD (NewYork-Presbyterian/Columbia University Irving Medical Center, New York, NY), points out that the Endeavor and BioFreedom stents are not currently available in the United States. Both the study and Kereiakes’ editorial support the use of DES over BMS, he adds, but “they also highlight the need for additional (and currently ongoing) prospective and randomized data clearly establishing the safety of shorter durations of DAPT with current-generation DES devices.”

Rare clinical scenarios such as active severe bleeding, need for expedited surgical procedures, or the inability to take medications for a month may continue to warrant DAPT durations even shorter than 1 month, Kirtane added. “Whether percutaneous coronary intervention is indicated at all in these scenarios is always a legitimate question, but for the very short term (until newer DES data and/or device approvals emerge), I personally would grant a respite to the extremely rare case of BMS implantation that might occur in these extreme scenarios.”

Commenting on the study for TCTMD, Eric Bates, MD (University of Michigan, Ann Arbor), argued that it is not a meta-analysis. “Rather, it was a pooled analysis of one randomized trial and two subsets from other randomized trials with one discontinued stent—one stent available only in Europe and one US stent,” he stressed.

Moreover, he said in an email, “the methodological limitations and the limitations noted by the authors do not support the conclusion that this strategy is ready for prime time or that guidelines should be changed. At best, this report is hypothesis-generating. At worst, this report and the editorial are potentially dangerous, which is probably why Dr. Kirtane had to add a cautionary [editor’s note] after the papers were accepted for publication. Clinician beware. Know that there is nothing in the device package insert, the clinical practice guidelines, or the standard of care to protect you medically or legally if you implant a DES, electively stop DAPT within 3 months, and have a stent thrombosis.”

Clinician beware. Know that there is nothing in the device package insert, the clinical practice guidelines, or the standard of care to protect you medically or legally if you implant a DES, electively stop DAPT within 3 months, and have a stent thrombosis. Eric Bates

Likewise, Marco Valgimigli, MD, PhD (Bern University Hospital, Switzerland), who was not involved in the study, also questioned whether this analysis is enough to cast doubt on the use of BMS. “The 2017 DAPT [European] guidelines have already provided a class I indication for DES over BMS irrespective of the planned DAPT duration,” he said in an email. “Yet the American guidelines have been traditionally more open to allow BMS as a reasonable option in patients in whom a short DAPT regimen is preferable.”

A definitive answer as to the utility of BMS will likely “come from a pooled and preferable individual patient data meta-analysis of all randomized comparisons of DES versus BMS, and ideally extending the observation to long-term follow-up, which is missing information in this current analysis,” Valgimigli noted.

“It is not clear to me why some have taken the ideological position that BMS should never be used,” Bates said. “The current thin-strut BMS are pretty good and DAPT can be stopped in 2-4 weeks. Of course, DES are superior, but there are occasional clinical scenarios where BMS might be a reasonable option, such as potential patient noncompliance with DAPT, bleeding risk, or need for noncardiac surgery within 3 months.”

There are also patients, he continued, with “economic, psychiatric, or social challenges that might interfere with DAPT compliance, [and] in some countries with national health insurance and a fixed budget, there may be a desire to spend money on treating hypertension rather than increasing the margin of the stent manufacturer. In other countries, patients don’t have insurance and have to buy their stent before implantation despite limited incomes.”

Valgimigli also noted that the studies selected for inclusion in this analysis were only those that prescribed 1 month of DAPT. “What this pooled analysis does not address, however, is the optimal DAPT duration. One may assume based on this data that 1-month DAPT is a proven treatment duration, but in fact this is not the case. The included studies did not test the optimal DAPT duration but arbitrarily set it at 1 month in both stent arms.”

What this pooled analysis does not address, however, is the optimal DAPT duration. One may assume based on this data that 1-month DAPT is a proven treatment duration, but in fact this is not the case. Marco Valgimigli

MASTER DAPT and other ongoing studies are currently examining the “value and risks of 1-month DAPT after contemporary DES platforms, and those studies should be awaited before concluding that 1-month DAPT is the new standard of care for these patients who cannot tolerate a prolonged DAPT regimen,” he said.

Shah stressed that “we are not saying that we need to cut down the duration of DAPT for a drug-eluting stent. . . . So how long [it should] be used is a different question.” More studies are needed with the newer DES optimized for biocompatibility in order to best determine DAPT duration, he said.

For one, the recently presented LEADERS FREE II trial was designed with in order to potentially gain Food and Drug Administration approval for the BioFreedom device here, Shah said. “So now we have data also from a US population showing that with 1-month DAPT therapy drug-eluting stents are better—not all drug-eluting stents, drug-eluting stents with a specific biocompatibility.”

Low Incidence of A-fib Seen in Elite Athletes, Including Runners and Triathletes

Despite the Strengths of Next-Gen DES, BMS Deserve a Place at the Cath Table, Review Asserts