The prespecified substudy found no differences in pain levels or use of pain medications between those given oxygen or ambient air. 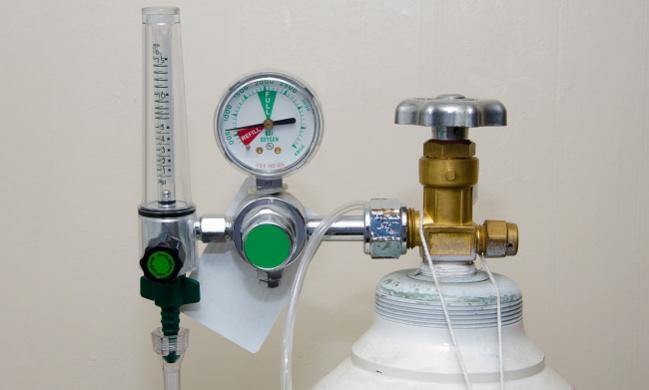 Despite being used for decades in acute MI care, there are more and more data showing that routine supplemental oxygen does not provide a benefit and may even cause harm. The latest negative findings come from a substudy of the DET02X-AMI trial and show that oxygen had no effect on pain reduction or dosing of pain medication in normoxemic patients undergoing PCI.

“We believe that our results further strengthen the recommendation that it is safe and reasonable to withhold oxygen from patients with suspected AMI and normal oxygen saturation, and that supplemental oxygen at a moderate flowrate is not associated with an analgesic effect,” lead author David Sparv, PhD (Lund University, Sweden), told TCTMD in an email. He added that combined with prior studies, the data show a consistent lack of analgesic effect in stable angina, unstable angina, NSTEMI, and STEMI.

The findings follow on the heels of the main DET02X-AMI findings and the AVOID study. In DET02X-AMI, nonhypoxic patients with suspected acute MI who were given supplemental oxygen had no reduction in the 1-year risk of all-cause mortality compared with patients receiving ambient air. Prior to that, AVOID raised concerns about the potential dangers of excessive oxygen, with data indicating that patients with STEMI symptoms had a fivefold increase in recurrent MI compared with those who did not receive oxygen.

Commenting on the study for TCTMD, Ahmed Abuzaid, MD (University of California, San Francisco), said the findings fill an important research gap. In a recent meta-analysis, his group looked at seven trials evaluating cardiovascular outcomes in acute MI patients randomized to oxygen therapy or no oxygen. Oxygen therapy had no effect on all-cause mortality, recurrent ischemia, MI, heart failure, or occurrence of arrhythmia events. The meta-analysis did not look at the analgesic effect of oxygen, however, because very few randomized trials reported that outcome, and the few that were available showed no effect of the therapy on pain.

“This substudy is answering a really specific question about pain in PCI patients in a large, randomized group,” Abuzaid said.

Published last week in JACC: Cardiovascular Interventions, the substudy included 622 patients from the main DET02X-AMI trial who underwent PCI (330 from the oxygen group and 292 from the ambient-air group) at eight Swedish centers. When peak level of pain during PCI was measured by the Visual Analogue Scale (VAS), there were no significant differences between those receiving oxygen and those receiving ambient air (4.0 vs 3.0; P = 0.37). These results were the same regardless of sex and the presence or absence of STEMI. Additionally, 36% of all patients received opiates during PCI, with no differences between the oxygen and ambient-air groups in terms of median dosage (P = 0.31). Similarly, there was no difference between the groups for use of sedatives (P = 0.74).

Demonstrates ‘Uselessness’ of O2 for Pain

In an accompanying editorial, François Lellouche, MD, PhD (Laval University, Quebec, Canada), notes that as early as 1950 researchers “showed that the administration of 100% oxygen aggravated the electrocardiographic signs of myocardial ischemia and did not decrease chest pain, unlike nitroglycerin administration.”

Not surprisingly, Lellouche says the DET02X-AMI substudy is “a robust demonstration of the uselessness of oxygen to decrease thoracic pain during acute myocardial infarction in nonhypoxemic patients.”

Lellouche observes that the liberal use of oxygen therapy in MI has been going on for more than a century and asserts that it “should be used and thought of as a drug,” restricting it to treatment of hypoxemia and carefully titrated to avoid hyperoxemia.

To TCTMD, Sparv said there may well be a dose-dependency and that a higher dose of oxygen could be associated with potentially harmful effects. “Also, the role of oxygen in hypoxemia is indisputable, so yes, I agree with [Lellouche’s] statement,” he said.

In 2017, the European Society of Cardiology guidelines on the management of acute MI in patients with STEMI lowered the cutoff for administering oxygen therapy from < 95% to < 90% arterial oxygen saturation. Sparv said the change was due partly to the DET02X-AMI findings. The 2014 American Heart Association/American College of Cardiology guideline for the management of patients with NSTE ACS similarly recommend supplemental oxygen only at saturation levels < 90%, or in the presence of respiratory distress or other high-risk features for hypoxemia.

Following the publication of the main DET02X-AMI trial, there were suggestions that the findings could be practice changing. On TCTMD, the trial was the most-read story of 2017.

Asked if he thinks practice is changing, Sparv said that while more and more countries have altered their guidelines regarding oxygen therapy, “a lot of work remains to be done” and it will take time for ingrained behaviors to change.

“Some physicians still [give] oxygen therapy for any acute ischemic syndrome regardless of the oxygen level,” added Abuzaid, noting that in some cases physicians may do so reflexively as a palliative measure, or they may just be following their hospital’s policy. “We check the boxes, we order the acute MI pathway in the CCU, and we check the oxygen levels, but maybe we need to pay closer attention. There have been some changes, but there is room for improvement,” he said.

High-STEACS: Sensitive Troponin Tests Rule Out MI, but Have No Impact on Hard Events

DETermination of the role of OXygen in suspected Acute Myocardial Infarction