Despite the good results, one expert says a larger series with longer follow-up is needed before the approach is more widely adopted. 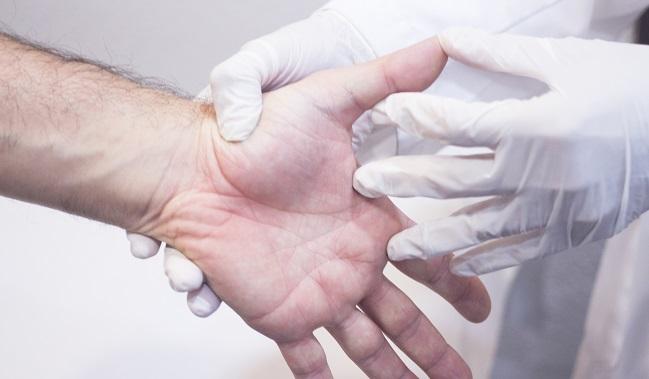 PARIS, France—Left distal access of the radial artery can be safely and successfully performed in patients undergoing coronary angiography and PCI, with investigators reporting a low rate of complications and few crossovers.

Commenting on the learning curve, Lee said he believes operators would be fairly proficient at performing left distal transradial angiography and PCI after approximately 75 cases. He noted that physicians at his hospital typically assess the patency of the vessel 1 month after the procedure in the outpatient clinic. In the present study, follow-up revealed two cases of neuropathy in treated patients.

James Nolan, MD (University Hospitals of North Midlands, Stoke-on-Trent, Stafford, England), one of the panelists during the hotline session, said he is using the left distal transradial approach in a “limited fashion.” And while it is encouraging that the Korean investigators obtained excellent procedural outcomes, he added, there are limited data supporting its safety and efficacy.

“I do have some concerns,” said Nolan. “The technique has been enthusiastically adopted by people in a largely evidence-free zone. There is very little information about longer-term complications.” For example, Nolan asked whether left distal transradial access had any detrimental effect on the blood supply of the small bones of the hand, which is unknown. “So I have some concerns and cautions,” he commented.

Nolan said there is a need for a much larger study with extended follow-up before adopting the approach routinely.

“However, it is a useful adjunct at the moment,” he added. “I think it’s something we should all be able to do. I will choose to do the distal puncture in people who are close to dialysis, because it avoids compression of the radial artery and maintains patency. I do think the technique has great promise and some potential advantages.”

Most Start Right Radial and Then Go Femoral

Radial artery access, which is gaining more and more US converts each year, is performed largely from the right side given the way cath labs are set up. However, in patients requiring a second procedure—for example, someone might be treated emergently for ACS and then be followed up with a staged PCI in 24 or 48 hours—there have been concerns about reusing the radial artery.

“What we find is that people will start with the right radial artery, and then in the second, third, or fourth radial procedure, they’ll use the femoral artery,” said Mamas. “Very few people like the left radial approach, and that’s because of ergonomics and the way cath labs have been developed. The operator always stands on the right-hand side of the patient.”

To TCTMD, Mamas said that using the left distal artery allows the patient to pronate their arm and rest it on the abdomen, which makes it easier for physicians to gain access. He noted that the radial artery can be successfully reused, but there is a small risk of occlusion with successive procedures. Mamas said there are even cases where physicians should use the left radial artery first, such as patients with coronary artery bypass grafts, short patients, and elderly patients with tortuous subclavian vessels.

He added that they recently published an analysis of the British Cardiovascular Intervention Society database showing left radial access was associated with a reduction in the risk of in-hospital stroke risk (OR 0.52; 95% CI 0.37-0.82).

“Strokes are rare events, so you’d maybe have to do close to 1,800 PCI procedures in the left radial to reduce one stroke,” said Mamas. “But it certainly got me thinking about whether we should be using the left radial approach in these sorts of procedures.”

Mamas said that physicians can become comfortable with the left distal transradial interventions after 10 cases or so—in contrast to the 75 cases proposed by Lee—although more procedures would be needed to achieve the best possible outcomes.