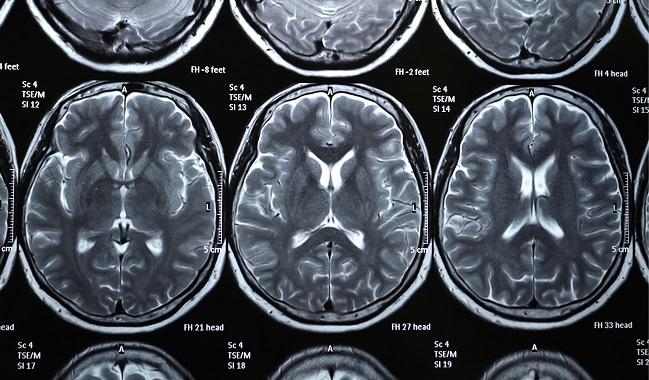 By taking an unusually thorough look at neurocognitive function, researchers have found that baseline deficits were far more common than expected among the elderly, high-risk patients of the SENTINEL trial. Diffusion-weighted MRI (DW-MRI) suggests the root cause of the difficulties—which spanned executive function and verbal and visual memory—is the burden of cerebral lesions.

All of this is relevant not only to the SENTINEL trial itself but also to future trial design and current clinical practice, Ronald M. Lazar, PhD (University of Alabama at Birmingham), told TCTMD. “We want to, in part, raise consciousness [among] treating interventionists that cognition is something that they should pay attention to,” he said, adding that it’s a reminder “to be vigilant about ensuring that there isn’t impairment beneath the surface perception that the patient is perfectly fine.”

Results of the main SENTINEL trial, first presented during TCT 2016 in Washington, DC, ultimately formed the basis for the June 2017 US Food and Drug Administration approval of the Sentinel filter device (Claret Medical) for reducing the risk of stroke caused by embolic debris.

In that study, Sentinel caught debris in 99% of cases and, overall, decreased DW-MRI new lesion volume by 42% compared with no cerebral protection. While the device appeared safe, with similar MACCE rates in both treatment arms, the trial did not meet its primary efficacy endpoint. Moreover, it found no differences in neurocognitive function, a secondary endpoint, after TAVR based on Sentinel use.

“What the [new findings] show is that the reason why we did not get a cognitive impact between the two treatment arms is because of preexisting lesion burden, and that there was essentially a ‘floor effect’ that occurred,” Lazar said. If patients weren’t doing well at the outset, he suggested, it seems unlikely that new lesions could make matters much worse.

Investigators designing other trials that look for possible gains or losses in cognitive function must understand the patients’ baseline levels, Lazar stressed.

And while the testing may be less extensive in the cardiologist’s office, it’s still worth assessing baseline function, he added. “Patients probably should be given some kind of cognitive screen before they engage in something like TAVR, so that the clinician has a better understanding of the patient’s capabilities in terms of participating in the management of their own care afterwards.”

Among the 240 patients randomized to the imaging portion of SENTINEL, 234 underwent a 50-minute cognitive battery involving nine standardized neuropsychological tests prior to TAVR.

Mean values for various measures of neurocognitive function fell in the range of normal, but the investigators, who wanted to better understand the outliers, set the cutoff at ≥ 1.5 standard deviations below the average performance of same-aged individuals. Using this threshold, 13.2% of patients had overall impairments while 41.9% had unusually poor executive function, 23.5% had unusually poor verbal memory, and 16.8% suffered difficulties with visual memory (P < 0.001). Attention and processing speed showed no significant deviations from the norm.

“If you look at the average value, it doesn’t look that off from the normal population. But if you look at the way the scores are laid out, the distribution’s not a normal bell-shaped curve. It’s really skewed to the left side,” Lazar explained.

“No one’s ever been able to show that before intervention in this population there is a direct relationship between lesion volume and baseline cognition,” Lazar noted, stressing the need to use a 3T MRI scanner in future research. A less powerful 1.5T scanner may well miss lesions in the brain, he said, adding that studies using over-resolution scanners are likely to underestimate the true impact on brain integrity.

It’s not yet known how the current findings, from an elderly, high-risk population, might extend to younger and lower-risk patients as TAVR shifts down the spectrum. With less intercurrent cerebrovascular disease, it’s possible these patients might actually “be at higher risk for post-TAVR cognitive sequelae,” the researchers state in the paper.

Benefit Easier to Detect in Those at Lowest Risk?

In the original SENTINEL trial, after adjustment for valve type and preexisting white matter disease on MRI, new lesion volume was significantly lower with Sentinel versus no embolic protection. “In other words, patients who already had lesions on their baseline MRI were significantly more likely to develop new lesions during TAVI,” point out Steffen Massberg, MD, and Axel Bauer, MD (Klinikum der Universität München, Ludwig-Maximilians University, Munich, Germany), in an accompanying editorial. Now, with baseline neurocognitive function being called into play, there’s “yet another level of complexity.”

The editorialists agree that the “floor effect” is a plausible explanation for “why it is so difficult to measure a clinical effect of a protection device that appears to work well from a technical perspective.”

But on the backdrop of the “positive relationship between white matter disease and new lesion volume,” the combined results make less sense, they say. Suggesting a possible “paradox,” Massberg and Bauer propose: “The clinical efficacy of a cardioembolic protection device might be best detectable in patients who are least prone to cardioembolic cerebral damage.”

Note: Leon and study co-author Roxana Mehran, MD, are faculty members of the Cardiovascular Research Foundation, the publisher of TCTMD.

Noninvasive Testing of CLI: Many Ways to Draw Up a ‘Roadmap’

Post-TAVR Cognition Improves in Some Patients and Declines in Others, With Few Signposts to Guide the Way