The agency’s advisory committee grilled the agency and sponsors on their data, while emphasizing practicalities in treating PAD. 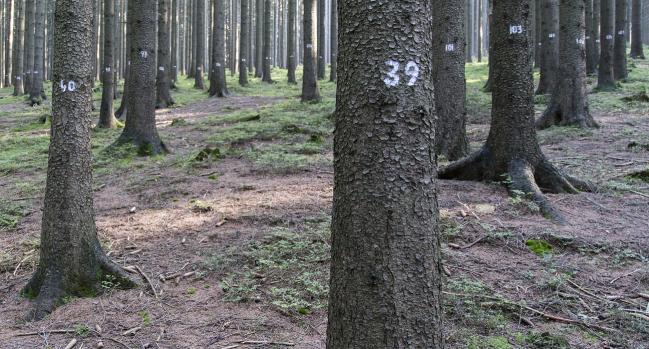 Today, as the US Food and Drug Administration’s Circulatory System Devices Panel members began to wade their way through 2 days of presentations and opinions about a signal of mortality among PAD patients treated with paclitaxel-coated devices, it was clear that despite the agency’s efforts to gather more data and assemble worldwide experts, a panoply of questions remain.

The panel, chaired by Richard Lange, MD (Texas Tech University Health Sciences Center, El Paso), is tasked with making formal recommendations to the FDA on a range of topics, including possible regulatory actions that may need to be taken with regard to the devices currently on the market and those in clinical trials. The FDA meeting comes after a host of ad-hoc sessions held over the last few months following the December 2018 publication of a meta-analysis that kicked off the controversy.

Led by Konstantinos Katsanos, MD, PhD (Patras University Hospital, Rion, Greece), the pooled meta-analysis of 28 randomized controlled trials showed an increased risk of all-cause mortality beginning at 2 years and continuing out to 5 years for those treated for femoropopliteal artery disease with a paclitaxel-coated balloon or stent compared with an uncoated device.

Today’s meeting began with FDA reviewers and statisticians reporting on their attempts to fill holes in the existing statistics by requesting mortality data and information on patients lost to follow-up. Mostly, they reported the results from their executive summary prepared for the panel, as reported by TCTMD. However, the agency said today that some of the manufacturers, in the interim, have provided missing data, such that the percentage of 5-year mortality data still missing now ranges from 2.7% to 26% across the pivotal paclitaxel DCB studies, down from as high as 40% a few months ago.

Nevertheless, an FDA cause-of-death analysis still shows CV and non-CV related deaths of all types (with the exception of infections) to be higher in the paclitaxel DCB and DES groups compared with those treated with uncoated devices. No patterns could be identified among the deaths or among baseline comorbidities that could explain the conclusions.

Over the course of the day, advisors peppered the FDA representatives with questions, some of which they answered and others they couldn’t—due, they said, to a lack of data or insufficient time to analyze new information they received. One key question had to do with data set discrepancies, characterized by FDA advisor John W. Hirshfeld Jr, MD (University of Pennsylvania Medical Center, Philadelphia, PA), as “a forest of dueling numbers.”

“The problem is that the numbers presented by industry and the numbers presented by FDA are not the same,” he said. “As a consequence of this, we have a conundrum in trying to decide what weight to place on each analysis that we see. What I would hope would be that there would be a way . . . to get a common agreement about what the real numbers are between the sponsors and the agency, so that we know exactly what data we’re dealing with.”

Industry representatives also spoke at the meeting, providing additional data and analyses, and reiterating that their calculations show nothing in the way of a mortality signal similar to that shown in the Katsanos meta-analysis.

In fact, the afternoon began with Katsanos himself, who reviewed some the criticism that has been leveled at his meta-analysis regarding its methods. He noted that only one device manufacturer thus far—Cook Medical—has provided its patient-level data for further research. Using those numbers, which come from the ZILVER PTX trial, Katsanos showed a negative interaction between paclitaxel and competing risk factors, whereby the hazard of death was highest for those with the least number of risk factors and lowest for those with the highest number (HR 0.58 per risk unit). His conclusion was that patient risk-stratified analyses are warranted to guide medical decision-making.

Additionally, the panel heard from an investigator involved in the SWEDEPAD trials, which were stopped in the wake of the Katsanos meta-analysis. In early May, the investigators decided to resume enrollment based on an interim mortality analysis that they said did not confirm the signal. When asked the length of the follow-up of those included in the interim analysis, the investigator said he was unsure but guessed it was about a year and a half. The Katsanos meta-analysis did not suggest a signal of mortality until after 2 years.

Eric A. Secemsky, MD (Beth Israel Deaconess Medical Center, Boston, MA), updated the panel on a recent Medicare analysis. These data on more than 152,000 patients show a cumulative incidence of death of 47.6% in the nondrug group versus 43.1% in the drug group (P < 0.01) at a median follow-up of 799 days. Unadjusted, adjusted, and sensitivity analyses showed no differences there, or in survival by device type, PAD severity, or whether patients were treated in hospital or on an outpatient basis. Secemsky said the data set is important in light of the fact that the population closely reflects those seen in everyday practice.

When the panel began to debate the questions before them, they seemed to uniformly agree—as have others before them—that a mortality signal exists. But whether the signal has should matter to clinicians and patients remains unclear, noted panelist Todd E. Rasmussen, MD (Walter Reed National Military Medical Center, Bethesda, MD).

The lack of practical significance is especially important in light of the technology’s potential to improve quality of life versus surgery. Todd E. Rasmussen

Panelist David Kandzari, MD (Piedmont Heart Institute, Atlanta, GA), also spoke of the need for a practical as the panel moves forward in their investigation. Circling back to troubling issues with the quality and rigor of the randomized controlled trials and lessons to be learned from imprecise science, he observed that “the plausible mechanism may not be the drug-coated balloon.”

The panel will continue to debate the issue on Thursday, with plans to dive deeper into many of the questions, hear again from FDA reviewers and industry representatives, and ultimately give their best advice on further action.

A Day of Data: Signal of Mortality Increase With Paclitaxel Devices in PAD Continues to Vex