A special meeting will be held in the coming months to review the issue. The lead author says he’s pleased endovascular specialists are taking it seriously. 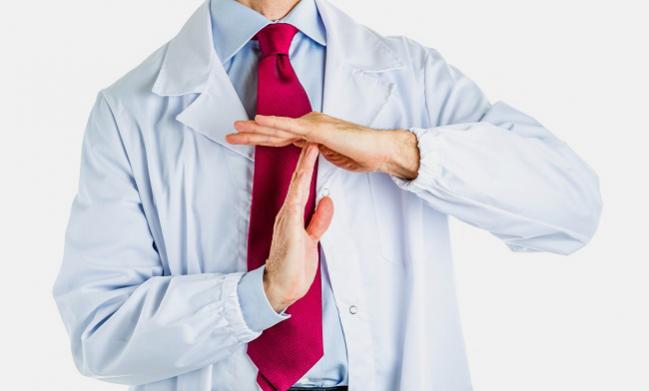 One week after the publication of a meta-analysis suggesting a signal of late deaths in patients treated with paclitaxel-coated balloons and stents for peripheral artery disease, two trials have been halted and leaders of the VIVA meeting have announced they will convene a special forum in the coming months to discuss the issue further.

As TCTMD reported, the meta-analysis by Konstantinos Katsanos, MD, PhD (Patras University Hospital, Rion, Greece), and colleagues, published in the Journal of the American Heart Association, examined data from 28 trials in which paclitaxel-coated balloons or stents were compared with uncoated balloon therapy for the treatment of lesions in the femoral and/or popliteal arteries. While mortality rates for the two types of treatment were similar at 1 year, there was a 68% relative risk increase in all-cause death with paclitaxel-coated devices at 2 years and a 93% relative risk increase by 5 years compared with an uncoated-balloon approach.

In an email, Katsanos told TCTMD he has been “pleasantly surprised” by the prompt response of the endovascular community to the potentially troubling data.

“Speaking to peers, colleagues, and industry stakeholders, I understand that everybody is taking our findings very seriously and reacting in an ethical and professional way,” he said. “The role of regulatory agencies like the FDA is also very important here, and I know that a lot of people—including myself—are eagerly waiting for clarifications and a more in-depth assessment of the different devices.”

As long as there are no safety concerns from the study monitors, I personally believe that all clinical studies need to continue, as they may provide invaluable evidence to decide on the safety and effectiveness of paclitaxel treatments in general. Konstantinos Katsanos

Late last week, investigators for the BASIL-3 trial as well as those for the SWEDEPAD 1 and SWEDEPAD 2 trials announced they were suspending recruitment efforts as a direct result of the Katsanos findings. Both groups are testing drug-coated balloons (DCBs) in PAD patients.

In a statement, the BASIL-3 investigators said: “Whilst the population of the reviewed trials differs from those in the BASIL-3 trial, it is clearly important new information that may cause concerns for the BASIL-3 trial in relation to patient safety. As such, it raises the need to consider whether changes to the trial protocol and patient information are required.” That same day, the SWEDEPAD group posted on their website that following an interim safety analysis and pending further discussion, the recommendation from their data safety monitoring committee “is to promptly pause further inclusion in both SWEDEPAD 1 and SWEDEPAD 2.”

Asked about the decision to pause these trials, Katsanos said it is unclear to him why the investigators took that step.

“As long as there are no safety concerns from the study monitors, I personally believe that all clinical studies need to continue, as they may provide invaluable evidence to decide on the safety and effectiveness of paclitaxel treatments in general,” he observed. “In addition, it is imperative that already completed studies start collecting longer-term follow-up data of at least 2 years.

“We need to remember that every device each has its own unique paclitaxel dose, formulation, and distinct excipient, and as such it needs to be put to the test under the most stringent conditions,” Katsanos continued. “In addition, there are several studies of paclitaxel-coated devices already running for other indications in other vascular fields (eg, below-knee vessels for critical limb ischemia, failing shunts in hemodialysis, etc). Perhaps, those studies should look more carefully for any signals of patient mortality as well, and further adjust their long-term follow-up protocols accordingly.”

Last Friday, VIVA Physicians announced in a statement in its official publication that it is planning an international forum on drug elution in PAD. The forum is expected to take place in Washington, DC, in February 2019 and will include representatives from major medical societies, the commercial medical device sector, US regulatory and reimbursement agencies, and patient advocates.

“The goal of this forum is to analyze and debate the efficacy and safety of specific categories of minimally invasive, catheter-based interventions,” the statement reads. “Funding for this consortium will be provided solely by VIVA.”

Experts contacted by TCTMD applauded the steps being taken in response to the Katsanos study.

“This [meta-analysis] was published in a good journal by established researchers, so it has to be taken seriously, and obviously it's raising a very important issue,” William A. Gray, MD (Lankenau Heart Institute, Wynnewood, PA), told TCTMD. “We really need to understand the causes of death at the patient level, but I’m not sure I would change practice at this point.”

Given the 10-year history of drug-coated devices for treatment of the peripheral arteries, Gray speculated that “if there was a meaningful death signal, I think the FDA probably would have picked up on it, individual studies would have picked up on it. [But] amalgamating all of these studies with variable patient cohorts and variable follow-up may be giving us an answer that isn't real or meaningful.”

To TCTMD, Christopher White, MD (Ochsner Medical Center, New Orleans, LA), noted that this is not, in fact, the first time that a signal of harm has been suggested for a paclitaxel-coated balloon. In 2013, the Amphirion (Medtronic) DCB for below-the-knee lesions was pulled from the market after 12-month follow up from the IN.PACT DEEP study showed not only no difference in outcomes between the coated and uncoated balloons, but also a trend toward higher rates of major amputation in patients treated with the DCB. No clear explanation was ever established, but some have speculated that it might be related to downstream microembolization of crystalline paclitaxel affecting the skeletal muscles.

In response to TCTMD’s story, Medtronic emailed a statement, saying: "There is no evidence that the IN.PACT DEEP study outcomes carry any predictive value with regard to use of IN.PACT DCB in other anatomic locations, including the femoropopliteal arteries."

Taken together with the new meta-analysis, the findings are potentially “a canary in the mine,” White noted. “We should be paying attention to these signals. We don’t know why it might be harmful [but] we definitely ought to be looking at this.”

Even if the signal proves to be a red herring, White said Katsanos and colleagues are to be commended for detecting and raising the issue with what he called “a daunting and well-written statistical analysis.”

“The wrong thing to do right now would be to just deny this like a climate denier,” he added.

Gray agreed. “I think the next step should be that an impartial third party should be given all the data, do an analysis at the patient level, and confirm or refine the results of the Katsanos paper,” he said. “Doing nothing isn't the right answer, but I don't think jumping to conclusions is either. We need to be thoughtful, sober, and think clearly about what it is we need to do to not necessarily disprove Katsanos, but to investigate further what he has already raised as a possible issue.”

According to Gray, a Kaplan-Meier analysis may be a better way to detect a mortality signal than risk ratios and risk differences pooled with a random effects model, as was done in the meta-analysis.

In response, Katsanos said he and his colleagues acknowledge the paper’s limitations and are aware that their results “are difficult to comprehend in the absence of clear biological mechanisms.”

“At least, a time-to-event analysis (Kaplan-Meier) of each individual device against the control arm is warranted to help understand the profile of the incidence of patient deaths over time,” Katsanos said. “Ideally, complete anonymized patient data should become freely available for the whole community in an ‘open source’ way so we can conduct in-depth meta-analyses of individual patient data with larger samples and increased statistical power.”