The device, which has a unique helical shape, received CE Mark in Europe back in 2012. 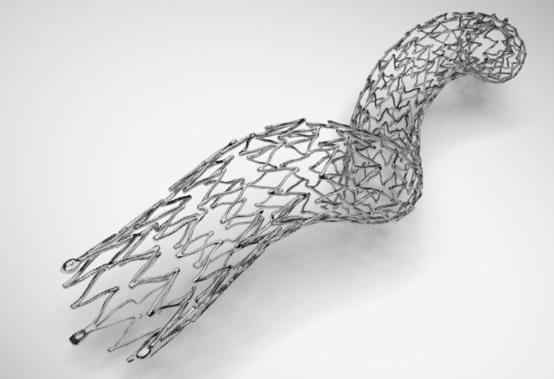 BioMimics 3D is now approved in the United States for the treatment of symptomatic de novo or restenotic lesions in the native superficial femoral artery and/or proximal popliteal artery. Based on the MIMICS randomized controlled trial, the device received CE Mark approval 6 years ago.

The FDA’s regulatory decision is largely based on results of MIMICS-2, an IDE study of 271 symptomatic patients with PAD (mean age 68.4 years; 66.4% men) conducted at 47 centers in the United States, Germany, and Japan.

“BioMimics 3D represents an innovative approach to the requirement for durable support for the arterial lumen after intervention,” according to a press release from Veryan Medical. “The helical center-line stent is designed to not only promote swirling blood flow but also to accommodate the complex biomechanical challenge associated with stenting this anatomically mobile artery.”

When presenting the results of MIMICS-2 at the 2018 International Symposium on Endovascular Therapy this February, co-principal investigator Timothy M. Sullivan, MD (Minneapolis Heart Institute, MN), explained the mechanics of BioMimics 3D. “Nonplanar curvature in arterial systems promotes swirling flow, which increases wall shear stress, which is not only atheroprotective but . . . protective against neointimal hyperplasia following intervention,” he said. Due to its shape, BioMimics 3D similarly affects blood flow. With improved biomechanical performance, the device may be especially useful “in hostile arterial environments like the distal SFA,” Sullivan suggested.