The large, retrospective analysis hints at a reduction in all-cause mortality when FFR is used, but one outside expert urges caution. 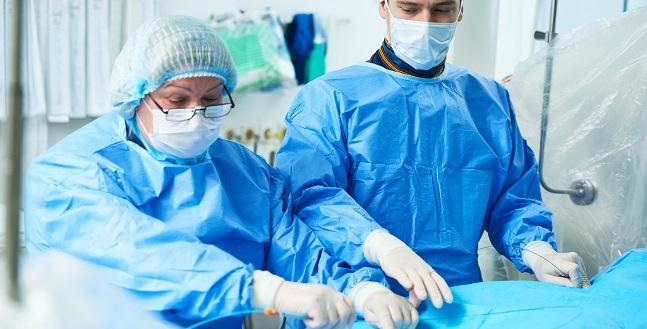 A strategy relying on physiologic assessment of “intermediate” coronary lesions using fractional flow reserve (FFR) in patients with stable ischemic heart disease is associated with a significant reduction in all-cause mortality when compared with a strategy guided by angiography alone, according to a large analysis of patients in the Veterans Affairs (VA) hospital system.

At 1 year, the rate of mortality was 2.8% in patients who underwent FFR and 5.9% in patients who had angiography alone. After adjusting for patient, site-level, and procedural factors, the use of FFR was associated with a 43% reduction in all-cause mortality compared with a treatment strategy relying on angiography alone (HR 0.57; 95% CI 0.45-0.71).

“Randomized clinical trials have shown the benefit of FFR as far as improving outcomes compared with angiography-guided PCI and improving outcomes compared with medical therapy,” said senior investigator William Fearon, MD (Stanford University School of Medicine/VA Palo Alto Health Care System, CA), referring to the FAME and FAME 2 trials. “We don’t have a lot of large-scale, real-world data, but this includes a large group of patients treated at the VA throughout the United States. One of the key things is that it showed an overall mortality benefit when used to guide decisions versus just using the angiogram alone.”

In their analysis, published January 27, 2020, in the Journal of the American College of Cardiology, the investigators also showed that the use of FFR has increased over time, particularly in stable CAD patients undergoing PCI. FFR use among patients with intermediate lesions, defined as a diameter stenosis of 40% to 69% on visual inspection, who underwent PCI increased from 44% in 2009 to 75% in 2017.

“If you have an intermediate lesion and you don’t have a noninvasive stress test available, or the results are equivocal and you’re concerned about whether or not the narrowing is responsible for the patient’s symptoms, FFR is useful to help clarify,” said Fearon.

Allen Jeremias, MD (St. Francis Hospital, Roslyn, NY), who wasn’t involved in the present study, said that use of FFR has “caught on” in the United States, even if a cynic might argue that such use is the result of needing to justify PCI in the era of appropriate use criteria (AUC). In the US, roughly 10% of all patients who received a coronary stent a decade ago underwent FFR testing. Today, approximately 30% of PCI patients undergo physiologic testing with FFR, he said.

“At least of those who undergo a procedure, meaning PCI, FFR use has increased quite dramatically,” said Jeremias. If this latest VA analysis is indicative of stable ischemic patients with intermediate stenoses across the country, it suggests the FFR is being used in most of these cases.

Increased Use of FFR in PCI-Treated Patients

The study population included 17,989 patients with stable ischemic heart disease and intermediate lesions in the VA Clinical Assessment, Reporting, and Tracking (CART) program who underwent coronary angiography. Overall, FFR was done in 16.5% of all patients while angiography alone was used in the remaining 83.5% of patients. From 2009 to 2017, use of FFR increased from 14.8% to 18.5%, with the increasing trend most evident in those who underwent PCI.

The rate of revascularization with PCI or CABG surgery was 18% among the patients who underwent FFR testing, a rate that was stable over time (PCI was selected in the vast majority of cases). In contrast, 4% of patients undergoing angiography alone were treated with PCI or CABG surgery. Like FFR, the deferred rate of revascularization in the angiography-only arm was consistent over time.

Prior PCI, three-vessel/multivessel CAD, family history of disease, younger age, and other variables were independent predictors of FFR use. However, the absence of documented ischemia on a noninvasive stress test was not associated with FFR use in these individuals. Only 29.5% of patients who underwent coronary revascularization without FFR testing had a positive stress test. To TCTMD, Fearon said it’s quite common for stable patients to end up on the cath lab table for elective PCI without prior stress testing.

“If you have a patient with typical risk factors for coronary disease and classic symptoms, then you could argue that as long as you have FFR available you don’t really need the stress test,” said Fearon. “Even if the stress test is negative, you’ll be concerned enough that you’ll want to do a cath. Then when you do the study, you can use FFR to determine which lesions are a problem. [Stress testing] may be more useful in patients with atypical symptoms where they’re lower risk and you’re not certain they have important coronary disease. In that setting, a noninvasive workup is even more helpful.”

To TCTMD, Jeremias said he agreed with Fearon, stating that approximately one in two patients with stable angina come to the cath lab without prior stress testing. “Certainly, in the population who don’t have any noninvasive testing, proceeding with an invasive physiology measurement is advisable to document ischemia before embarking on a procedure,” he said. “That’s also predominantly true for this population where you have an intermediate lesion and you can’t tell how significant it is.”

Regarding the mortality benefit observed in VA-CART, Jeremias was a little skeptical, noting that 96% of patients treated with angiography alone did not undergo coronary revascularization. In contrast, the rate of deferred revascularization was 82% among those in the FFR arm.

“If there’s a mortality benefit for FFR, then the argument would be that you inappropriately defer patients when you don’t measure FFR and as a consequence the patients would die,” said Jeremias. “That’s not consistent with any of the data we have. The patients with stable disease and intermediate lesions, even if [the lesions] are significant physiologically, it’s pretty unlikely they would die from that lesion. If they have more angina or more MIs, I’d believe it. But to do die and not observe an increase in MI, what are they dying from?”

In FAME and FAME 2, published in 2009 and 2012, respectively, there was a significant reduction in the risk of the composite endpoint of death, MI, and coronary revascularization with the FFR-guided strategy, but no reduction in all-cause mortality. Jeremias noted that the patients included in VA-CART don’t entirely match up; moreover, the FAME trials included a larger percentage of patients with significant multivessel disease. He also noted that the registry data are limited and residual confounding may have influenced the results.

‘Have We Not Heard This Before?’

“Nevertheless, the magnitude of difference in all-cause mortality between patients in whom the treatment strategy was guided by FFR and those in whom it was not is striking,” they write. The present study shows that “when performed in the right patients and the right lesions, FFR-guided PCI works, also on hard endpoints. Have we not heard this before? There is room for increased use of FFR and good reasons to do so.”

For Real-world ACS Patients, FFR Use in PCI Tied to Lower In-Hospital Mortality