Digging into the landmark 4S study, researchers saw much larger reductions in hard clinical outcomes in the high-risk FH cohort. 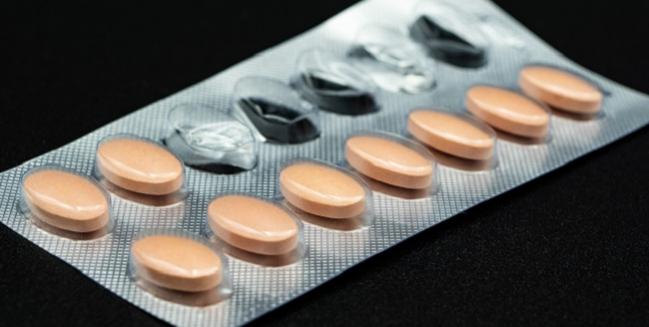 MAASTRICHT, the Netherlands—Individuals with elevated LDL cholesterol levels and clinical characteristics suggestive of familial hypercholesterolemia (FH) who are treated with statin therapy derive significantly larger absolute reductions in clinical events when compared with people who have elevated LDL cholesterol levels and existing coronary artery disease, according to a new analysis of the Scandinavian Simvastatin Survival Study (4S).

Presented this week at the European Atherosclerosis Society Congress 2019, the new data provide randomized trial evidence in secondary prevention showing that statins reduce cardiovascular events in patients with the FH phenotype, “however we chose to define it,” say researchers.

“The question here was whether the FH phenotype patients might benefit even more from therapy,” lead investigator Antonio Vallejo-Vaz, MD, PhD (Imperial College London, England), told TCTMD. “That’s what we have seen here, that the absolute benefit is greater in the particular patient who may have a genetic basis for FH.”

While the gold standard for diagnosing FH is genetic testing, such tests are expensive and not widely used. In this new analysis, researchers focused on individuals with LDL cholesterol levels of 190 mg/dL or greater who met the Dutch Lipid Clinic Network (DLCN) criteria for FH. The 4S study, a secondary prevention trial, allowed them to compare the relative and absolute reductions in clinical outcomes among FH patients treated with simvastatin against other coronary heart disease (CHD) patients with elevated LDL cholesterol but not necessarily FH.

Using criteria from the DLCN, individuals were considered to have the FH phenotype if they had premature CAD (occurring before 55 years of age in men and 60 in women) and a family history of CAD in addition to significantly elevated LDL cholesterol and existing coronary heart disease.

“We wanted to identify patients who had a greater probability of having FH,” said Vallejo-Vaz. “We didn’t have DNA analysis so we applied a criteria for diagnosing FH to the 4S cohort. We tried to identify those who would have a genetic basis to explain the FH. Sometimes the FH phenotype is diagnosed with LDL cholesterol greater than 4.9 mmol/L [190 mg/dL], but this might only be primary severe hypercholesterolemia and not FH. We tried to go a bit farther with the additional features, such as premature CAD and having a family history of CAD.”

There was a trend toward larger relative reductions in clinical outcomes among patients with the FH phenotype compared with the other three groups, but the difference between groups was not statistically significant.

“We observed some significant relative risk reductions, but there was no interaction between the different groups in the cohort,” said Vallejo-Vaz. “We did see the absolute benefit was greater when we looked at the patients we defined as the FH phenotype.” He cautioned that the analysis is post hoc and limited by small numbers of patients, particularly those with FH. Nonetheless, the study suggests physicians need to seek out and identify FH patients for treatment, particularly early treatment, in order to lower their risk of cardiovascular events.

In the original 4S trial, which was published in 1994, treatment with simvastatin lowered the risk of all-cause and CHD mortality in 4,444 men and women with established coronary artery disease and elevated LDL cholesterol levels. The landmark study established statin therapy as the cornerstone for the prevention of recurrent clinical outcomes in patients with existing CHD.