In total, 8% of individuals have a threefold higher risk of CAD, which is on par with the elevated risk observed in those with the FH mutation. 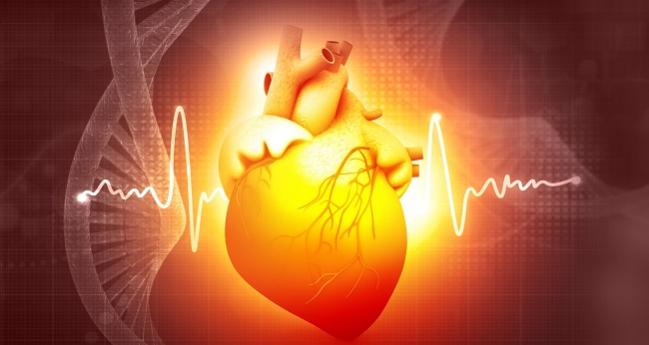 A genome-wide genetic risk score comprised of more than 6.5 million polymorphisms can identify people at an increased risk of common diseases, including coronary artery disease, atrial fibrillation, and type 2 diabetes, according to the results of a new study.

Specifically, the polygenic risk score singled out nearly one in 12 individuals who had a more than threefold increased risk of coronary artery disease. The prevalence of people with a polygenic score conferring this degree of risk is significantly greater than the prevalence of individuals with a rare monogenic mutation for familial hypercholesterolemia (FH), which confers comparable risk, say investigators.

“The traditional approach with genetic testing for somebody with a heart attack is looking for familial hypercholesterolemia mutations,” lead investigator Amit V. Khera, MD (Massachusetts General Hospital, Boston), told TCTMD. “They are single mutations present in about 2% of people who have a heart attack. There’s one mutation that triples or quadruples their risk by increasing LDL cholesterol levels. That’s very important for 2% of the population that have those mutations but for the remaining 98% the testing would be useless.”

In contrast to the monogenic mutation for FH—the genetic variant is either present or not—a polygenic risk score could be developed for everybody, given the genetic-based aspect of coronary artery disease, said Khera. And although a means for creating a polygenic risk score for common diseases, including coronary artery disease, isn’t commercially available, the researchers believe when the day comes it will have the potential to impact clinical care.

In 2016, for example, the same researchers, including senior investigator Sekar Kathiresan, MD (Massachusetts General Hospital), published a study showing that individuals at high genetic risk for coronary artery disease could cut their risk in half if they adhered to a healthy lifestyle. Similarly, use of a polygenic risk score derived from genetic variants associated with coronary heart disease identified a subgroup of participants in three primary-prevention trials with a greater burden of atherosclerosis and a greater relative benefit from statin therapy.

“For heart attack, it’s pretty straightforward,” said Khera. “If you have a very high polygenic risk score and you can be identified, we know we can reduce people’s risk quite substantially with statin therapy and lifestyle changes.”

Other studies have utilized genetic risk scores to identify individuals at risk for heart disease, including identifying those with a similar degree of risk as individuals with FH. For example, in one study published earlier this year, Sébastian Thériault, MD (Laval University, Quebec City, Canada), and Guillaume Paré, MD (McMaster University, Hamilton, Canada), developed a risk score with 182 genetic variants associated with coronary artery disease and showed that one in 53 individuals had nearly a fourfold increased risk of early-onset CAD.

Using a computational algorithm to combine data from all of the variants—there were more than 6.5 million polymorphisms for coronary artery disease, atrial fibrillation, and type 2 diabetes—they developed a single polygenic risk score. Previous genetic risk scores were partly limited by computational methods, but Khera said that with improved computing algorithms they were able to aggregate information from the millions of variants to develop this comprehensive genetic risk score.

“Unlike the familial hypercholesterolemia mutation where you either have the genetic mutation or you don’t, everybody has a polygenetic risk score we can quantify,” said Khera. “It turns out that if you look at the top 8% of the risk score versus the bottom 92%, for example, those people have triple the risk for heart attack. Their risk is equivalent to a familial hypercholesterolemia mutation but it’s present in many more people.”

To TCTMD, Khera noted that individuals at greatest risk for coronary artery disease based on their DNA are not being picked up by physicians because they do not have elevated, or have only marginally elevated, LDL cholesterol levels.

“Familial hypercholesterolemia mutations are typically picked up in clinical practice because these individuals have very high cholesterol levels—that’s the definition of the disease—but with these people, they are actually walking around and flying under the radar,” he said. “Traditional risk factors are unable to pick them up. So it’s a whole new way of identifying 20 or 30 million Americans who have triple the risk for heart attack, but who we can’t identify right now unless we do genetic testing.”

To TCTMD, Joshua Knowles, MD (Stanford University School of Medicine, CA), who was not involved in the study, praised the investigators, noting that this latest effort utilized a much broader array of common genetic variants in the polygenic score. The risk score is not based on genetic sequencing, he noted, but rather on the millions of common variants across the genome.

“They would not be able to pick up rare mutations not on that panel that have large effects,” said Knowles. “For FH, there are more than 3,000 mutations in the LDL receptor known to cause FH, but only a handful of those are of practical use and would be captured by the [polygenic risk score] approach.”

Knowles said one of the most important open questions is whether information from a polygenic risk score can improve risk classification for common cardiovascular and other diseases. This group, and others working in the field, have shown that the addition of genetic information to traditional risk scores improve risk prediction and classification.

“What they have not yet proven, and what nobody has yet proven, is that giving that information to patients and providers will result in a decrease in cardiovascular events,” he said. Although he is an advocate for adding genetic information to traditional risk prediction models, Knowles said there is pushback from others who question how a genetic risk score can be introduced in the absence of hard clinical data.

“We’re not advocating it to be used in everybody, but many people already have this information available to them,” said Knowles, referring to individuals or patients who have undergone DNA testing through companies such as 23andMe or AncestryDNA. “The data is there. And if they have the data, and it’s free [to the healthcare system], and it’s going to improve risk prediction, why would we not be able to take advantage of it? Is this something we should be offering to all of our patients? That’s a more difficult discussion.”

He also noted that genome-wide DNA testing is done one time, often at a cost less than $100, but can be utilized for multiple diseases. “There’s no reason why you couldn’t develop a genetic risk score for any number of conditions for which we know a lot about the inherited basis,” he said. “Osteoporosis, diabetes, certain forms of cancer, for example. The power of a genotype chip and genetic risk score is that genotyping only needs to be done once.”

Khera made a similar argument: “It opens up the possibility that with a single genetic test, say $50 or $100, we could identify people’s risk for five or 10 different diseases, and really use that to tailor their care. What it means for each disease will vary. It’s an opportunity for genome interpretation and incorporating that into our care.”