For first responders who arrived in the morning, the added risk is akin to living in a heavily polluted area or with a smoking spouse. 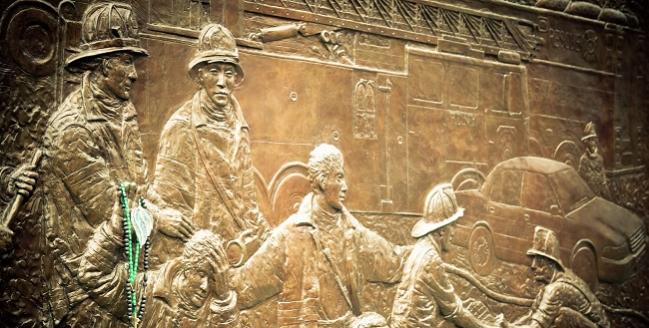 Firefighters who were the first to arrive at the World Trade Center (WTC) on September 11, 2001, experienced a profound increase in CVD events over the ensuing years, likely due to exposure to acute toxic dust, new data suggest. Compared with firefighters who arrived later in the day, those who got to the scene that morning have had an approximately 44% greater incidence of MI, stroke, and other events.

The toxic air that day and in the months that followed has already been blamed for a host of respiratory illnesses, including the so-called “World Trade Center Cough.”

In their paper published online last week in JAMA Network Open, just ahead of the terrorist attack’s 18th anniversary, lead author Hillel W. Cohen, DrPH, MPH (Albert Einstein College of Medicine, Bronx, NY), and colleagues add that the excess risk puts exposure to the WTC’s environmental toxins on par with having a standard CVD risk factor such as hypertension.

Commenting on the study for TCTMD, C. Arden Pope III, PhD (Brigham Young University, Provo, UT), said the health impacts of the “massively toxic” plumes on the first responders have been relatively straightforward to this point, with early studies demonstrating not unsurprising increases in acute respiratory and cardiovascular hospital admissions.

“It was exactly what I would have expected at the time. But to see these cardiovascular events occur a decade or more down the road, that's pretty remarkable,” Pope noted.

He added that the new research is somewhat eye-opening given the relatively brief exposure that the first responders had to burning toxins. “The feeling,” Pope said, “has always been that acute exposures over a day or two only increase the risk of these cardiovascular events in individuals that have existing cardiovascular disease.”

The excess long-term risk of CVD in the earliest first responders is similar to what one would expect to find in people who live in areas with exceedingly high air pollution levels, such as Beijing, China, and also is “comparable to that of a spouse who lives with someone who smokes heavily for many years,” Pope observed.

To see these cardiovascular events occur a decade or more down the road, that's pretty remarkable. C. Arden Pope III

For the study, the researchers accessed more than 16 years of follow-up data on 9,796 male New York City firefighters (mean age 40 years), most of whom had no smoking history. Although female firefighters were involved in the acute phase of the WTC disaster and the cleanup efforts afterwards, due to the small numbers of women, the study included only men.

Morning firefighters were not the only ones with an increased risk of the primary endpoint of MI, stroke, unstable angina, CABG, PCI, or CVD death. For those who arrived in the afternoon of 9/11, the hazard ratio was 1.24 (95% CI 1.00-1.54) after adjustment for age, race/ethnicity, baseline body mass index, hypertension, hypercholesterolemia, diabetes, smoking, and probable posttraumatic stress disorder compared with those who arrived the next day or subsequent days or weeks after the disaster. Additionally, firefighters who worked on the cleanup operations at the site for 6 months or more had a greater risk of CVD event over the long term than those who worked the cleanup for shorter periods (HR 1.30; 95% CI 1.05-1.60).

To TCTMD, Zeig-Owens said the morning arrivals were caught up in a “dust cloud” when the towers fell. She and her colleagues hypothesize that the toxic substances in the dust “could have initiated persistent pathologic processes related, in part, to chronic inflammation that increased CVD risk years later.”

Pope said the investigators’ explanation is plausible and ties in with studies over the last decade on CVD risks from chronic exposure to air pollution, but he pointed out that the study has several significant limitations, including low statistical power and a number of potential confounders that may not have been adequately controlled for in the analysis.

“But if this is really true and if it's really due to the exposure on 9/11, that suggests that the impact of these exposures on chronic diseases is somewhat different than we ever expected,” Pope observed. “Given the work I've done and the work others have done in the air pollution literature, both acute-exposure studies and chronic-exposure studies, as well as the smoking literature, I have to say that this doesn't seem far-fetched.”

“These first responders [are] putting their lives out there and we need to understand what their risks are going to be . . . and what the long-term impact is going to be [in terms of] respiratory illness and impact to the cardiopulmonary system,” he concluded.