Decades’ worth of ARIC data suggest a causal link but don’t yet justify a shift in practice, one researcher says. 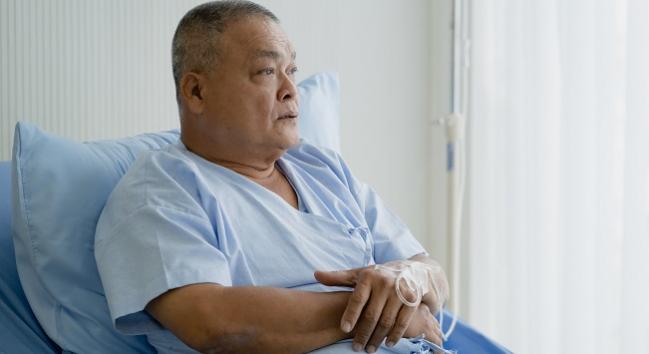 Being hospitalized for heart failure (HF) puts patients at risk for developing venous thromboembolism (VTE) even many years later, according to longitudinal data from the Atherosclerosis Risk In Communities (ARIC) study.

This long-term link is evident regardless of whether patients have reduced or preserved ejection fraction, as well as in those who don’t have HF per se but rather show echocardiographic features of ventricular remodeling.

Historically, the thought has been that the added VTE risk with heart failure is due to the hospitalization itself, lead author Christina L. Fanola, MD (University of Minnesota Medical Center, MN), noted to TCTMD. “When patients come in decompensated with heart failure, they’ve been immobilized, they have acute systemic inflammation going on, there’s all these factors at play. . . . Because we had such a nice long data set to look at this, we’re able to tease out the true risk factor of heart failure itself, even after removing that hospitalization and removing those recurrent hospitalizations.”

Here, she said, “we’re looking at the disease state” rather than the acute illness or related factors. The researchers have opened the door to the possibility that the link is causal, Fanola added, though it’s impossible to know for sure without further study.

A connection between heart failure and VTE comes as no surprise, according to editorialist Samuel Z. Goldhaber, MD (Brigham and Women’s Hospital, Boston, MA). Still, there’s uncertainty over pathophysiology and risk prediction, he writes. Perhaps even more importantly, before the current study, researchers had not prospectively tracked HF’s long-term influence on VTE independent of other risk factors for the condition.

The ARIC analysis fills that gap, Goldhaber says, calling it a “treasure.”

Fanola et al analyzed ARIC data gathered from three study periods. The main group of 13,728 people had a mean follow-up of 22 years. During that time, 2,696 patients were discharged from a HF-related hospital stay and 729 had VTE events. Incident HF hospitalization was associated with an elevated long-term risk of VTE (adjusted HR 3.13; 95% CI 2.58-3.80). This increase was seen for both pulmonary embolism and deep vein thrombosis, as well as when VTE had no obvious cause or was provoked by cancer, major trauma or surgery, or marked immobility in the prior 90 days.

For black patients, VTE risk increased by 4.4-fold after HF hospitalization, whereas it rose by only 2.4-fold for white patients (P = 0.0005).

Another period of the study looked at the various subtypes of heart failure occurring in a group of 7,588 people with a mean follow-up of 10 years; VTE risk was increased for patients with preserved ejection fraction (adjusted HR 4.71; 95% CI 2.94-7.52) and for those with reduced ejection fraction (adjusted HR 5.53; 95% CI 3.42-8.94). Finally, echocardiographic measures were obtained in 5,438 people with a mean follow-up of 3.5 years; this analysis showed that, in the absence of baseline heart failure, LV relative wall thickness and mean LV wall thickness each independently predicted VTE.

“Evidence-based strategies to prevent long-term VTE in patients with HF, beyond time of hospitalization, are needed,” the investigators conclude.

Heart failure patients have several characteristics that put them at risk of VTE, Goldhaber says in his editorial, “including stasis of blood in the legs and heart, hypercoagulability, and endothelial injury.” He suggests one mechanism for why HF could be a root cause of VTE: regional upregulation of tissue factor. Additionally, Goldhaber notes, the study’s echocardiographic findings “raise the possibility that hypertension may indirectly increase the risk of VTE.”

Fanola said the echocardiography analysis provides “another boost” to idea that heart failure itself is responsible for the VTE increase. “Echo findings can be positive before the patient may have a lot of symptoms and show up to the hospital in clinical heart failure,” she explained.

The ARIC results do not offer any insight as to how to identify vulnerable patients, but Goldhaber remains optimistic. “In the near future,” he writes, “I predict that we will screen heart failure patients routinely for the dozens of candidate genes that predict a proclivity toward thrombosis. More extensive genetic testing, in addition to novel biomarker tests, advances in artificial intelligence, and mathematical modeling, will remove much of the guess work and will allow us to focus on those heart failure patients who are most likely to develop pulmonary embolism or deep vein thrombosis.”

What should happen now, Goldhaber advises, is greater emphasis on thromboprophylaxis not only during but also after hospitalization for HF.

For her part, Fanola was cautious in drawing any clinical conclusions. “Based on our study alone, we cannot recommend for or against ongoing prophylaxis in the form of medication. But I do think it should at least help the clinician raise awareness in their heart failure patients or the ones that have risk factors for heart failure,” particularly after discharge, she said. Such patients should maintain close follow-up and be on the lookout for VTE symptoms.

For Some, Routine Cardiac Monitoring May Be Unnecessary After PCI

Anticoagulation On Demand? The Pill-in-the-Pocket Approach to A-fib Treatment