Concerns that omega-6 PUFAs may be pro-inflammatory and prothrombotic should be allayed, investigators say. 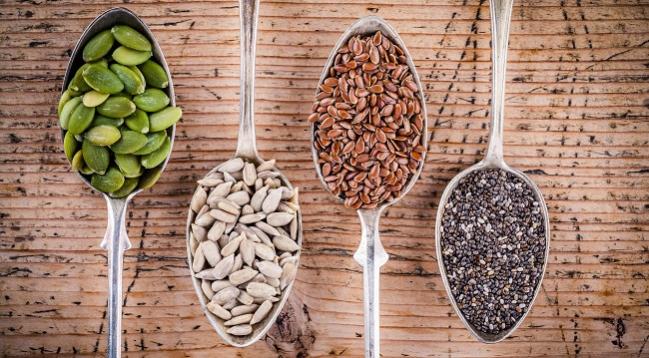 (UPDATED) Higher levels of the omega-6 polyunsaturated fatty acid (PUFA) linoleic acid are associated with a lower risk of cardiovascular disease events, particularly reductions in mortality and stroke, according to the results of a large meta-analysis.

In contrast, the omega-6 PUFA arachidonic acid, which has come under scrutiny for possibly posing a cardiovascular health risk, was not associated with an increased risk of CVD events and was even associated with lower risk in some analyses, report lead investigator Matti Marklund, PhD (The George Institute for Global Health, Sydney, Australia), and colleagues online April 11, 2019, in Circulation.

Frank Hu, MD, PhD (Harvard T.H. Chan School of Public Health, Boston, MA), another FORCE investigator, agreed there is a perception that omega-3 PUFAs are healthy but that omega-6 fatty acids pose a health risk. One of the concerns raised about the consumption of omega-6 PUFAs is that they might be pro-inflammatory. For example, linoleic acid, which is not synthesized by humans, is a precursor of arachidonic acid, which in itself is a precursor of pro-inflammatory and prothrombotic eicosanoids.

“This hypothesis has not been substantiated in human studies, either in clinical trials or observational analyses from large cohorts,” Hu told TCTMD. “So this new study provides further evidence that higher intake of omega-6 fatty acids, especially linoleic acid, is not associated with an increased risk of cardiovascular disease. In fact, there is pretty consistent and robust evidence that higher levels of omega-6 in blood or adipose tissue is associated with a reduced risk.”

The historical studies examining the association between omega-6 PUFAs and CVD risk is mixed, and recommendations for the consumption of omega-6 PUFAs, are “controversial and inconsistent,” according to the investigators. Some studies have suggested a moderate benefit of consuming omega-6 PUFAs, mainly linoleic acid, for reducing CHD risk, but other analyses of linoleic acid-rich corn oil suggested it might increase the risk of overall and CHD mortality.

“Most observational studies use traditional dietary assessment methods based on the study participants’ self-reported dietary intakes,” explained lead investigator Matti Marklund, PhD (The George Institute for Global Health, Newtown, Australia), in an email to TCTMD. “Such methods are not only vulnerable to the motivation and memory among the participants, but also rely on the accuracy of the nutrient databases used to estimate nutrient intake. In this study, we utilized fatty acid biomarkers (ie, fatty acids measured in blood compartments or adipose tissue). The intake of linoleic acid is reflected in the in vivo levels which can therefore be used as biomarkers for intake, independent of memory, motivation, and nutrient database accuracy.”

The new pooled analysis included 76,356 measurements of fatty acids from 68,659 participants in 30 prospective studies from 13 countries. The study investigators measured fatty acids in different compartments, including plasma phospholipids, erythrocytes, plasma, serum, cholesterol esters, and adipose tissue. Mean age of those included in the studies ranged from 49 to 77 years, and while most study participants were Caucasian, there were “sizeable numbers of African-Americans, Asians, and Hispanics,” according to the investigators. Median follow-up in the studies ranged from 2.5 to 31.9 years.

Pooling the results from the different compartments where the fatty acids were measured, those with linoleic-acid levels that placed them in the midpoint of the top quintile had a 7% lower risk of total CVD disease events, a 22% lower risk of CVD mortality, and a 12% lower risk of ischemic stroke when compared with those with midpoint levels in the lowest quintile. The overall heterogeneity was moderate. The association of linoleic acid levels with CVD events and mortality varied by where the fatty acids levels were measured, “with generally less prominent inverse associations in studies utilizing phospholipids,” according to the researchers.

Up to 10% of Daily Energy Beneficial

The researchers focused on biomarkers of omega-6 fatty acids because linoleic acid is an essential fatty acid that can’t be produced by humans. Because the measurements are obtained from diet, the biomarkers are a good surrogate for dietary intake and offer a large advantage over biases that emerge from self-reporting studies, said Hu. Omega-6 PUFAs are found in a number of seeds and seed oils, including flaxseed, hempseed, and grapeseed.

The daily recommended intake, however, is still up in the air given theoretical concerns that higher amounts might increase pro-oxidant activity, said Mozaffarian. In a recent meta-analysis of studies testing mainly soybean oil for CVD risk reduction, the mean PUFA consumption in the intervention groups was 14.9% of daily energy. This amount of PUFA, which lowered the risk of CVD, is much higher than the 5-10% of daily consumption of omega-6 fatty acids recommended by the American Heart Association and the 2.5-9.0% recommended by the United Nations, he added.

Hu pointed out that they are unable to extrapolate their results to determine an ideal daily recommended intake of omega-6 fatty acids. In the studies, intake of linoleic ranged from 3-4% to 10% of daily energy. “Within this range, it looks like there is a dose-response relationship, with higher intake associated with a lower risk of CVD,” said Hu. “Based on the current evidence in human populations, up to 10% of energy intake from linoleic acid is beneficial. We don’t have data to support whether much higher intakes have similar benefits.”

Marklund told TCTMD they found no strong evidence of a threshold or a plateau in linoleic acid levels above which benefits would attenuate. “Although it is difficult to identify the most efficient intake level from these results, our study suggests no concern to consume linoleic acid from nonhydrogenated vegetable oils, seeds, and nuts in the upper range of the current recommendations," he said. "And even levels slightly higher than 10% [of daily energy intake] could be optimal, but here we need further research.”

African-American, but Not Hispanic/Latina, Women Have More MIs After Stenting Than White Women

Poor Diet Responsible for 11 Million Deaths Annually, With CVD a Leading Cause