Leaning heavily on the PURE study, Salim Yusuf makes the case for a less strict approach to diet. 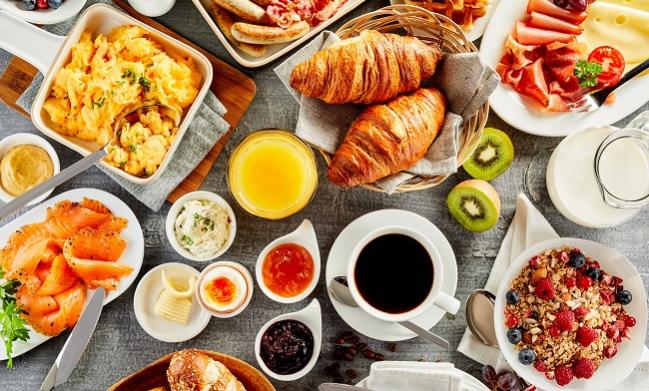 DUBAI, United Arab Emirates—The prevailing wisdom that saturated fats are unhealthy and consumption of dietary sodium should be brought to very low levels needs a rethink, one researcher argued during a plenary talk here last week at the 2018 World Congress of Cardiology & Cardiovascular Health.

His conclusions might not go over so well with many in the nutrition and public health communities, however.

In a talk entitled “Myths About Diet and CVD,” Salim Yusuf, MD (McMaster University, Hamilton, Canada), relied primarily on recent papers coming out of the PURE study, which has been ongoing since 2001 and has enrolled nearly 200,000 adults between the ages of 35 and 70 from 26 countries at all income levels. There are about 950 communities—half urban and half rural—included in the investigation.

After attacking several traditional nutritional tenets, Yusuf ultimately landed on a message of moderation, saying that there are some foods it’s reasonable to eat and others some people should cut down on. Foods to eat in moderation, he said, include fruits, vegetables, legumes, nuts, dairy, meats/poultry/fish, and salt. People should eat less refined grains, sugar, processed meats, and possibly sweetened drinks. Industrial trans fats should be avoided.

“This is where I think the current data are, although diet is being debated a great deal,” Yusuf acknowledged.

The first sacred concept Yusuf tackled was that increased intake of fat—especially saturated fat—raises total and LDL cholesterol, which in turn leads to coronary heart disease. Based on that, various health organizations have made recommendations to limit intake of total fat to roughly 15% to 35% of total calories and saturated fat to less than 7% to 10%.

Yusuf pointed out that in a PURE analysis published last year in the Lancet Diabetes & Endocrinology, however, as the percentage of energy from saturated fat increased, there was only a small increase in LDL cholesterol. This was accompanied by beneficial changes in HDL cholesterol, the ratio of total to HDL cholesterol, and the ratio of apolipoprotein B to apolipoprotein A. It was carbohydrate intake that was most strongly associated with adverse changes in lipid measures.

Prior meta-analyses of randomized data have failed to demonstrate a link between saturated fat intake and coronary heart disease events, Yusuf noted. And another meta-analysis of observational data showed no significant associations between saturated fat intake and various outcomes, although there were trends toward worsening of coronary heart disease and related mortality with higher levels.

In PURE again, Yusuf noted that as dairy fat consumption went up, risks of mortality and major CVD went down. He also provided some unpublished data showing that that greater dairy consumption is associated with reductions in blood pressure and beneficial changes in most components of metabolic syndrome (except for HDL cholesterol).

The bottom line, he concluded, is that high carbohydrate consumption in the range of 50% to 55% of the diet is associated with a higher mortality risk, whereas eating more fat—including saturated and unsaturated fats—is associated with lower risks of mortality.

Fruits, Vegetables, and Legumes: A Cap on Benefits?

Yusuf then moved on to fruits, vegetables, and legumes, focusing on a PURE analysis published last year. He noted that the World Health Organization recommends five servings per day, and that the worldwide average is four. About half of average consumption is fruits and the other half is vegetables, with a small contribution from legumes. Overall consumption and the mix vary widely across the world, however.

In PURE, compared with less than one serving of fruits, vegetables, and legumes per day, there was a decrease in mortality up to three to less than four servings per day. Beyond that, there was not much added benefit.

That plateau is important, Yusuf said, because fruits and vegetables can be expensive in poorer countries; in fact, he said, a healthy diet could be less affordable than taking drugs like statins. “I’m not recommending that you take statins instead of healthy food, but we should remember food is not cheap,” he stressed.

The researchers also found that fruit intake was more strongly related to mortality risk than was vegetable intake. Yusuf said this could be related to the way the foods are cooked, citing additional analyses showing that eating raw rather than cooked vegetables had more beneficial relationships with mortality and major CVD, with some potential harm seen with high intake of cooked vegetables.

“We have to say maybe consuming about four servings of fruits and vegetables is the right thing, but consume as much of your vegetables [as possible] raw,” Yusuf concluded, adding that if people can afford to eat more, then it’s fine.

Yusuf next waded into the ongoing controversy about the appropriate level of sodium in the diet. Based on the idea that eating more sodium increases blood pressure, in turn raising risks of MI, stroke, and death, various health authorities recommend reducing sodium intake to very low levels—less than 2.5 grams per day for everyone and less than 1.5 grams per day for people at high risk.

“But these require a huge change in what we currently eat,” Yusuf said, pointing to a 2014 analysis published in the New England Journal of Medicine showing that only 3.3% of people consumed under 2.3 grams per day and 0.6% had an intake below 1.5 grams per day.

“Where on Earth did these guidelines come from? They have zero evidence. It was just pulled out of thin air from extrapolations. Nobody on this planet consumes the level of sodium that the guidelines recommend, which means we don’t know what their effects are, at least up to now,” Yusuf said.

He cited evidence—including a 2011 analysis of the ONTARGET and TRANSCEND trials—showing a U- or J-shaped relationship between sodium intake and outcomes, such that lowering sodium beyond a certain point did not have any additional benefits and possibly carried some harm. “We don’t know,” Yusuf said. “These are observational data and we don’t have randomized trials. But this can be a basis to make public health recommendations.”

Subsequent analyses from PURE yielded similar results, with a “sweet spot” at which the risk of adverse outcomes was lowest at about 4 grams of sodium per day. And, Yusuf said, there are 17 other studies with consistent results.

A 2016 analysis pooling results from PURE, EPIDREAM, ONTARGET, and TRANSCEND also showed a U-shaped relationship overall and in hypertensive patients, whereas in nonhypertensive patients adverse effects were seen only at the lower end of sodium consumption.

“This means that a strategy of lowering sodium should be focused on those with high sodium intake and who are hypertensive, not in the general population,” Yusuf said. He added, too, that “if you live in a society with a lot of sodium intake, it makes a good deal of sense to have a population strategy [for reducing it].”

What Can PURE Really Tell Us?

Yusuf acknowledged that even with the large size of PURE, it is still an observational study that could be subject to various limitations not seen in randomized trials.

“My career has been one [based] on randomized trials. I’m very aware of the biases of observational data,” he said. “Even the best work has limitations, including ours. So, I worry how much of our work is potentially confounded. I truly worry.”

Yusuf said he’s uncertain about how best to clarify the field, noting that it’s possible that new forms of molecular epidemiology or mendelian randomization will help.

“I think what is needed are the thoughtful people in diet . . . coming together and saying, ‘We’ve done the best we can with the tools we have. How can we go further and improve it?’” he said. “I would like many of the things I’m showing you to be tested in a more rigorous way by randomized trials, but I also know how difficult it is to do randomized trials in this field.”

Speaking with TCTMD, David Katz, MD (Yale-Griffin Prevention Research Center, New Haven, CT), who did not hear Yusuf’s talk, took issue with making any strong conclusions from the PURE study, which he described as “a real problem for nutritional epidemiology, not an asset,” despite its large size and geographic scope.

The problem, Katz explained, is that pooling results obtained from countries ranging from the poorest poor to the wealthiest ignores the fact that context is important in interpreting how various nutritional measures relate to outcomes and leads to erroneous conclusions.

“You look across these diverse populations and you don’t account for the fact that the very same variable can have diametrically opposed effects depending on context,” Katz said, pointing out that many of the countries in PURE are subject to famine, starvation, and kwashiorkor. “You study calorie intake in a population that’s starving in the Sudan or Somalia, more is better. You study it in the US or Qatar or Kuwait or Australia or Canada or Mexico, where people are overeating, more is worse. Both are true, but you mush it all together in a massive data set—garbage in, garbage out.”

To help salvage the data, Katz said, the PURE investigators should think about parsing the information to look for associations within appropriate epidemiologic context. “We all know, all of us who actually trained in epidemiology know, that everything that is true about public health is only true in context,” he said.

Katz applauded Yusuf’s call to sit down with others involved in nutrition to help move the field forward. “What they ought to think to do maybe is have a colloquy of experts in nutritional epidemiology, people who have actually devoted their careers to this, and say, ‘Okay, so we have this massive data set. How could we use this to do good? How can we take advantage of this view from altitude and enhance understanding?’” Katz said.

After all, he added, “the goal that we all share is to understand what’s true.”