This should be a “clarion call for aggressive intervention” in India, as has been done to curb risk in other countries, one expert says. 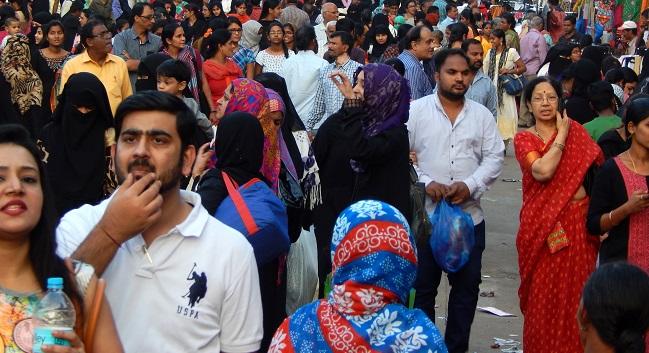 Cardiovascular disease risk is high in South Asians, and a new analysis shows that in India specifically that risk varies by geographical location and sociodemographic characteristics.

Average predicted 10-year risk of CVD based on the Framingham risk score was lowest in the eastern Indian state of Jharkhand (13.2%) and highest in the southern state of Kerala (19.5%), according to researchers led by Pascal Geldsetzer, MD, PhD (Harvard T.H. Chan School of Public Health, Boston, MA). Similar variation was seen across states in rates of four major risk factors: blood glucose, smoking, body mass index, and systolic blood pressure.

Areas with greater household wealth, education, and urbanization tended to have higher CVD risk, the authors report in a study published online June 19, 2018, ahead of print in PLOS Medicine.

To Kerala-born Enas Enas, MD (Advanced Heart Lipid Clinic, Downers Grove, IL), who was not involved in the study, these findings represent a call to action.

This is confirmation of Indians having a very high risk of heart disease, and unless this information is acted upon very vigorously by the medical community and the government this risk of cardiovascular disease will translate into large numbers of stroke, heart attack, and cardiovascular death. Enas Enas

“This is confirmation of Indians having a very high risk of heart disease, and unless this information is acted upon very vigorously by the medical community and the government this risk of cardiovascular disease will translate into large numbers of stroke, heart attack, and cardiovascular death,” he told TCTMD. “This must be a clarion call for aggressive intervention, as was done in the United States, Finland, and other countries which have lowered the risk of cardiovascular disease 50% to 84%” in the past several decades.

India “can and should” replicate those efforts, said Enas, who is founder, president, and CEO of the nonprofit CADI (Coronary Artery Disease Among Asian Indians) Research Foundation.

The CVD Problem in India

As in many other places around the globe, CVD is the leading cause of death in India, which is home to more than one-sixth of the world’s population. There is, however, limited information available about CVD risk in India, whose population is aging, becoming more urban, and increasingly adopting lifestyles associated with obesity.

It’s important to study CVD in India, Geldsetzer said, both because of its large population but also because Indians tend to have greater risks of diabetes and CVD—and develop them at younger ages—compared with, for example, Caucasian populations.

To help fill some gaps in knowledge about CVD in India, Geldsetzer and colleagues followed up on a previous analysis based on the same data set but focused on hypertension and diabetes. They performed a cross-sectional study of adults who participated in two large household surveys that covered all but two of India’s 29 states between 2012 and 2014. The current analysis was restricted to 797,540 adults (53% women) ages 30 to 74 for whom all variables necessary to calculate CVD risk scores were available.

The main outcome of interest was the predicted 10-year risk of CVD based on Framingham risk scores, and the researchers found that that risk varied across the country. The highest risks were concentrated in the three most northern states (Himachal Pradesh, Punjab, and Uttarakhand), the northeastern states (except Assam), and the southern states. That variation was consistent when using other CVD risk scores.

Both district-level wealth and degree of urbanization were positively associated with CVD risk, with a stronger link between wealth and risk in rural areas.

The study “gives an indication as to where in India certain programs are most needed,” Geldsetzer said, adding that policy makers should look at variations in individual risk factors as well as overall CVD risk when allocating resources. For example, he said, the highest smoking prevalence was seen in northeast India and that’s where programs focused on preventing people from starting smoking or on helping people quit could be most useful.

For Enas, enhanced public education about major CV risk factors and increased access to affordable preventive medications are critical to getting India’s CVD epidemic under control and reversed. He noted that although drugs like antihypertensives and statins are relatively cheap in the United States, they are tougher to afford in India, where health insurance does not cover prescription costs.

Asked whether India has a good system in place to provide greater awareness about CVD and how to prevent it, Enas said that “proactive prevention is somewhat alien to Indians in general culturally,” citing their belief in the concept of karma.

Another obstacle, he added, is that preventive strategies like measuring and treating cholesterol—which is the purview of primary care physicians in places like the United States—is left to cardiologists in India, who see as many as 300 patients a day. “So they don’t have time to counsel the patients or educate the patients,” Enas said. Most of the cardiologists’ focus is on identifying candidates for angioplasty, stenting, or CABG, but even when procedures are performed, patients often don’t have a sense of why they needed an intervention and what should be done to prevent another one, he said.

And India must take steps in that direction, because efforts in other countries show that it is possible to reduce CVD risk and mortality, he concluded: “Cardiovascular disease is the most predictable, preventable, and treatable of all chronic diseases.”