Patients were well treated at baseline, and improving upon clinical outcomes in a low-risk ACS group would be difficult, investigators say. 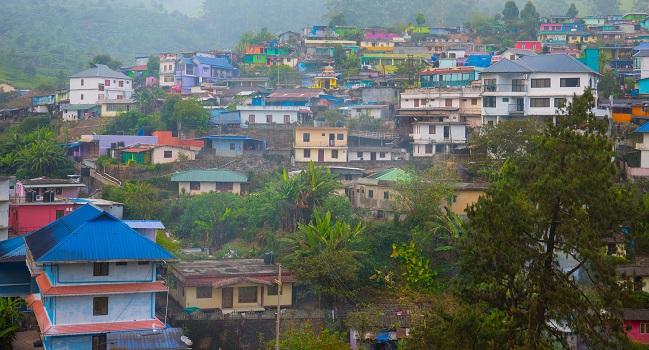 Despite not reducing clinical event rates, a quality improvement program for acute MI patients in India shows that it is possible to create a lasting impact on processes of care and safety, researchers say, even in countries that pose significant challenges to healthcare providers.

“It’s been great to see Indian researchers and cardiologists creating solutions to improve the quality and care of their patients,” lead author Mark D. Huffman, MD, MPH (Northwestern University Feinberg School of Medicine, Chicago, IL), told TCTMD in an interview. “I find it a really exciting area of research because of that dynamism and innovation in the way that people are thinking.”

ACS QUIK, whose results were first presented at the American Heart Association 2017 Scientific Sessions and are now published in JAMA, tested a quality improvement toolkit against usual care at 63 hospitals in the southern Indian state of Kerala. The researchers noted modest improvements in the intervention group over the control group in areas such prehospital and discharge use of aspirin, and in-hospital and discharge use of beta-blockers.

While unadjusted data initially showed lower 30-day MACE rates in the intervention group (the primary endpoint), the difference between groups was no longer significant after adjusting for cluster and temporal trends (adjusted OR 0.98; 95% CI 0.80-1.21). The results were consistent across hospitals and subgroups.

In an editorial accompanying the study in this week’s JAMA issue, Christopher B. Granger, MD, and Denis Xavier, MD (both Duke University Medical Center, Durham, NC), note that perhaps the most important lesson to be learned from ACS QUIK is that “this type of high-quality trial can be performed in middle-income countries.”

With a population of about 35 million, Kerala is semi-urban, with a relatively high density of physicians and hospitals, but transportation issues are common. Huffman and colleagues found that about 40% of patients were transferred from another facility before being treated. Despite this, door-to-balloon times were fairly good, averaging 65 minutes in the control group and 77 minutes in the intervention group. Additionally, about two-thirds of the centers had never participated in clinical research prior to the study.

To TCTMD, Huffman said while it was disappointing that 30-day MACE rates were unaffected by the intervention, he does not consider it a failure.

“We hope that we’ve been part of a cultural shift where the expectation is that patients will be cared for in a way that’s safe and effective,” he said. “We’re also interested in trying to see if this might influence other states throughout India, a country that has a remarkable burden of cardiovascular disease.”

Asked why the quality-improvement toolkit might have failed to improve clinical outcomes, Huffman hypothesized that the intervention might be more effective in situations in which the level of care at baseline is worse than what it was in ACS QUIK. Additionally, he said the results may have been better in acute MI patients if the intervention had been implemented over a longer time period.

The editorialists agree, suggesting a 6- or 12-month assessment period might have been needed. They also note that routine use of some therapies such as aspirin, clopidogrel, and statins were already nearly optimal (greater than 95% in the control group), so improving them further would not be expected to greatly improve clinical outcomes.

“Other treatments, like beta-blockers, angiotensin-converting enzyme inhibitors, and statins, might have larger effects over longer periods of time than the 30-day assessment period,” Granger and Xavier write. Furthermore, despite being the most important acute treatment for acute MI, they note that PCI was not a focus of the intervention. The rate of PCI was actually higher in the control group at 52.5% vs 46.6% in the intervention group.

The need to obtain informed consent also likely guaranteed that the majority of patients in the study would be lower risk, according to Granger and Xavier, and thus decreased the ability to show significant improvements in outcomes.

“For low-risk interventions, such as programs to improve adherence with clinical practice guidelines, the potential challenges of requiring consent should prompt institutional review boards to consider whether obtaining individual patient informed consent could be minimized (or avoided),” they write.