It’s too early to make any treatment recommendations, but the issue is worth keeping an eye on, experts agree. 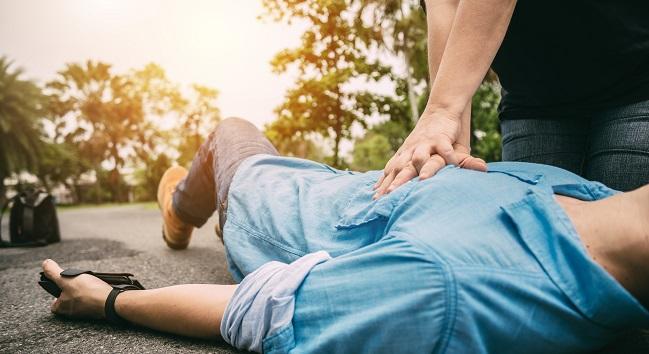 LISBON, Portugal—People using high-dose nifedipine (60 mg/day or more) appear to carry a greater risk of out-of-hospital cardiac arrest compared with those who are not taking a dihydropyridine for hypertension or angina, a registry study shows.

This relationship was seen in two separate registries, one from the Netherlands showing a 45% increased risk and one from Denmark, in which the risk was nearly doubled, according to Talip Eroğlu, PharmD (Academic Medical Center, Amsterdam, the Netherlands).

Lower doses of nifedipine and any dose of amlodipine, another drug from the same class, were not associated with cardiac arrest risk, he reported here at the European Heart Rhythm Association Congress 2019.

The researchers were cautious in their interpretation of what this means for use of nifedipine, which has been available for decades (it was first approved in the United States in 1981).

Asked about potential implications for practice, senior author Hanno Tan, MD, PhD (Academic Medical Center), said, “It’s too early to tell. We are basically the first to show this relationship, and it’s often the case in science that [a finding] needs to be confirmed by other investigators. So I think it’s too early to cause panic among patients or physicians.”

European Society of Cardiology spokesperson Elena Arbelo, MD, PhD (Hospital Clínic de Barcelona, Spain), agreed. “I would be very cautious in sounding the alarm now,” she told TCTMD. Though registries like those used in this study are helpful for monitoring the safety of drugs and detecting rare adverse effects, she said, any relationships detected in them are subject to unmeasured confounding and require confirmation.

“We need to further evaluate this,” Arbelo said. “I wouldn’t come out with a specific recommendation for general practitioners or for the general population saying ‘stop giving the drug’ because it’s too early to do that.”

The analysis comes out of ESCAPE-NET, a European consortium led by Tan focused on uncovering the causes of sudden cardiac arrest. Eroğlu explained that prior studies have identified an association between drugs that have an effect on cardiac electrophysiology and risk of out-of-hospital cardiac arrest due to ventricular tachycardia/ventricular fibrillation (VT/VF).

Dihydropyridines like nifedipine and amlodipine block L-type calcium channels, so the investigators set out to explore whether this class of drugs is associated with cardiac arrest using two data sources: the Dutch Amsterdam Resuscitation Studies Registry (ARREST) and the Danish Cardiac Arrest Registry (DANCAR). Using a case-control design, the researchers matched patients with out-of-hospital cardiac arrest due to VT/VF with controls by age, sex, and index date. Use of nifedipine or amlodipine was determined by prescriptions within the previous 90 days.

So far I wouldn’t recommend any change in practice until you have further evidence to support or not the association between high-dose nifedipine and out-of-hospital cardiac arrest. Elena Arbelo

The researchers performed cellular studies to investigate potential mechanisms to explain the findings. They showed that both nifedipine and amlodipine shorten action potential duration, but that the effect is more pronounced with nifedipine. “We don’t know whether this is the mechanism, and we only can suggest that there was an effect on the cardiac electrophysiology, which may give an answer for the epidemiologic finding,” Eroğlu said.

Arbelo said it’s worth doing additional studies using large data sets to confirm or refute the findings from this analysis.

“This study raises a new hypothesis that has to be further evaluated,” she told TCTMD. “It highlights the importance of real-world data. So far I wouldn’t recommend any change in practice until you have further evidence to support or not the association between high-dose nifedipine and out-of-hospital cardiac arrest.”