The findings offer a mechanism to link high sodium intake to adverse events, but can’t resolve the debate over how low to go. 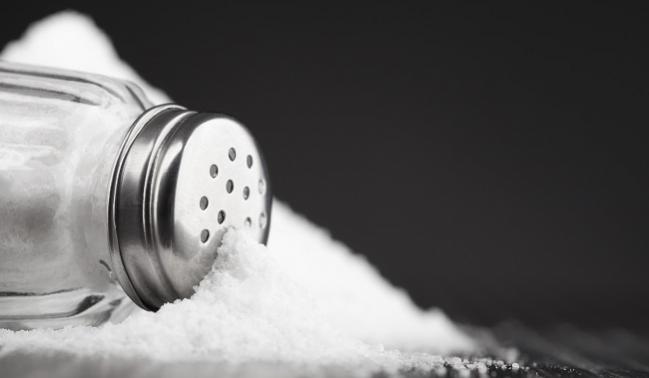 People who consume more than 3.7 grams of sodium per day—well over recommended amounts—show signs of adverse cardiac remodeling and impairments in both systolic and diastolic function, a cross-sectional study shows.

“These data provide support for the adverse cardiovascular effects (including direct myocardial effects) of high sodium intake,” lead author Senthil Selvaraj, MD (Hospital of the University of Pennsylvania, Philadelphia), and colleagues report in a study published in the August 8, 2017, issue of the Journal of the American College of Cardiology.

Several large observational studies have found a J-shaped relationship between sodium intake and cardiovascular events—with higher risks at both high and low levels of consumption— but there are few randomized data to inform the issue. Thus, the appropriate level of sodium intake on a population level remains controversial. The American Heart Association (AHA), for its part, recommends that adults eat no more than 2.3 grams each day, with an ideal limit of 1.5 grams.

Mechanisms underlying the association between excessive sodium intake and poor clinical outcomes are not clear, but there is evidence suggesting that the increase in blood pressure is not entirely to blame.

“This study was undertaken to study the relationship of sodium intake and abnormal strain, as a potential intermediary step to overt myocardial dysfunction and heart failure,” Selvaraj explained to TCTMD in an email. “We also wondered whether there was a nonlinear relationship between sodium intake and cardiac mechanics.”

To find out, the investigators performed speckle-tracking analysis of echocardiographic data from 2,996 individuals (mean age 49 years; 54% with hypertension) participating in the HyperGEN (Hypertension Genetic Epidemiology Network) study. Median estimated sodium intake based on a 24-hour urinary sodium measurement was 3.73 grams per day.

Average LV structure was within the normal range, but one-fifth of the participants had evidence of LV hypertrophy. Mean LVEF was 62%.

Sodium intake above the median was associated with larger left atrial and LV dimensions, as well as slightly depressed ejection fraction. After adjustment for potential confounders, greater consumption also was related to worse LV longitudinal and circumferential strain and lower e’ velocity, suggesting impairments in both systolic and diastolic function.

Intake of 3.7 grams per day or less, however, was not associated with any of those measures.

Asked about the clinical relevance of the differences observed, Selvaraj said, “We cannot say for certain what a 1% decrease in longitudinal strain means in our study since we do not have follow-up data given the cross-sectional design of HyperGEN.” But he added that “we believe the relationships we observed could be significant clinically,” pointing to prior studies that have linked abnormal strain with adverse cardiovascular events. “Strain is a potent predictor of adverse events, and in some populations may have as strong of a prognostic value as ejection fraction.”

The investigators found that the association between sodium intake and circumferential strain was only observed in people with low potassium intake. “Our results bolster the salutary effects of higher potassium intake on cardiovascular health,” Selvaraj said. “Notably, the DASH diet (which showed a favorable effect on blood pressure) was not only lower in salt, but richer in potassium.”

Selvaraj said the findings from this study, although they cannot establish causal relationships, provide evidence that intake of roughly 3.7 grams per day—near the average amount in a typical American diet—correlates with the most favorable levels of strain.

“Therefore, many Americans may be at risk for subclinical myocardial dysfunction, and ultimately heart failure,” he said. He added that there were hints of impairments at the lowest levels of sodium intake, but that the study was underpowered to investigate that further. “We have not yet changed our clinical practice patterns, as this data is hypothesis-generating, and still adhere to professional society guidelines, but the data are intriguing nonetheless and are largely consistent with the larger studies of sodium intake.”

Commenting for TCTMD, Andrew Mente, PhD (McMaster University, Hamilton, Canada), stressed that the study does not add clarity to the debate over whether reducing sodium from average to low levels will have a beneficial impact.

It does, however, support the idea that sodium intake above average levels may be harmful, “which most people would agree with. High levels are certainly associated with harm. Even studies looking at clinical events have shown that.”

Bias is a concern with observational studies, but finding associations with cardiac markers increases confidence that the relationships with clinical events are true and not due to bias, Mente added.

“This study reaffirms that when you go to high levels of sodium, you do get harmful effects on cardiac markers and so that explains the mechanism by which we see effects on clinical events,” he said.

The bottom line is that populations with sodium intake well above average need to reduce their consumption, Mente said, adding that more research in larger numbers of people is needed to investigate the impact of lowering intake to levels recommended by the AHA.

In an accompanying editorial, Thomas Marwick, MBBS, PhD (Baker Heart and Diabetes Institute, Melbourne, Australia), says the study “supports renewed attention to the potential benefits of controlling salt intake, especially in individuals with a risk of myocardial dysfunction. Because of the pervasive presence of sodium in the Western diet, there is some urgency in clarifying this information. The next logical step might be to investigate the merits of salt reduction, and related contributors such as dietary fiber in patients with LV dysfunction, the precursor to heart failure.”

Despite the Strengths of Next-Gen DES, BMS Deserve a Place at the Cath Table, Review Asserts