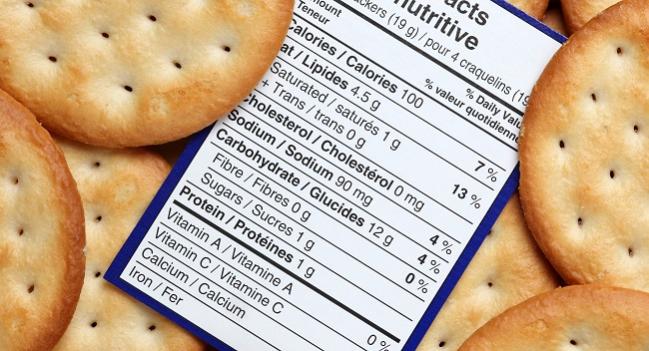 The amount of salt in packaged foods and drinks purchased in the United States has been steadily decreasing, according to a study that tracked household sodium over a 15-year period.

Public health officials have long suspected that a reduction in sodium intake could be beneficial in cutting the number of CAD cases by 20,000 to 40,000 each year. But how much must sodium intake be curtailed? Previous research has suggested a decline of 400 mg per day—which according to the new findings is what happened between 2000 and 2014—would be enough “to substantially reduce cardiovascular events,” lead study author Jennifer Poti, PhD (University of North Carolina, Chapel Hill, NC), told TCTMD.

Between 2009 and 2012 an estimated 90% of Americans consumed more sodium than suggested by the 2015-2020 Guidelines for Americans, Poti and colleagues point out. With so many foods available on the US market, they say, previous research has been hindered by an inability to maintain an updated and accurate food database as well as questionable accuracy when it comes to self-reported habits.

For their new study, published in JAMA Internal Medicine on June 5, 2017, the investigators worked to overcome these challenges by using actual nutrition labels for about 1.5 million packaged foods.

Dariush Mozaffarian, MD (Tufts University, Boston, MA), who was not involved in the study, told TCTMD that he was “surprised and gratified” to see the reduction in the sodium content of packaged foods.

Other studies haven’t shown “strong evidence for an overall decline in sodium intake,” he said. “And so while I knew anecdotally that some companies are trying to reduce their salt in their products, I assumed that other companies are not and some are even increasing them.” Although it’s good news that the packaged-food industry seems to be taking steps to curb sodium consumption, Mozaffarian added, “the downside is that it’s probably not being matched by changes in restaurants and cafeterias.”

Poti et al gathered data from the Nielsen Homescan Consumer Panel, which surveys all packaged foods and drinks bought by consumers from a sample of 30,000 to 60,000 American households each year. For a period of at least 10 months, participating households were expected to report these types of purchases by “[scanning] the barcodes on all the packaged food and beverages that they buy from grocery stores, supermarkets, convenience stores, and other retail food stores, which we have then linked to nutrition label data,” explained Poti. Follow-up time was 4.4 years on average.

Median sodium density decreased over the course of the study by 84 mg/1000 kcal (from 1712 to 1628 mg/1000 kcal). Fewer than 2% percent of US households had a sodium density of 1.1 mg/kcal or less from packaged foods and beverage. “Clearly, there is a need to further decrease the salt content of packaged food and beverages and, even better, to reduce consumption of them,” Mitchell H. Katz, MD (Los Angeles County Department of Health Services, CA), writes in an editor’s note accompanying the paper.

It is important to note that the decline in sodium could be the result of a number of factors: manufacturers’ efforts to reduce sodium content in foods, consumers eating fast food more frequently, or the fact that sodium purchased does not always translate to sodium consumed.

Aware of these various moving parts, Poti explained, “what we did in our study that we thought was innovative [is use] nutrition label data at the time when food was purchased by a household.” Previous studies, she explained, have instead used information on food composition that remained static over time.

Importantly, the fact that the total amount of packaged foods that households were buying held steady during the course of the study suggests there weren’t “dramatic shifts away from foods from the grocery story towards fast food,” she noted. In other words, this suggests people weren’t making up for their loss of sodium at home by getting it somewhere else.

Also interesting, Poti emphasized, is that “purchases of actual table salt were declining as well. And so this might suggest that individuals [did] not compensate for the reduced sodium content of their packaged foods by adding more salt either during cooking or at the table.”

Mozaffarian described the methods as “sound” but also offered some caveats. “The main challenges are what it means at the end of the day,” he said. “What we care about is what people eat and the overall sodium reduction total purchase per day is driven by the decrease in this category overall. [But] just because the purchases go down doesn’t mean the intake is matched, because we have to know what’s wasted.”

He suggested 24-hour urine data will be helpful in furthering these sorts of research studies. Additionally, “we need to understand what salt levels are like in restaurants and prepared foods and supermarket delis and all the other places people buy food,” Mozaffarian said. Poti agrees that 24-hour urine data, “would be important to take it beyond just the purchase to see what is actually consumed by the individuals in our study.”

Going forward, Poti and her peers say, “Future studies are needed to examine sodium trends by race/ethnicity and income to identify vulnerable subpopulations that further interventions should target.”

Also missing are concrete findings to settle the ongoing debate over whether there’s a link between household sodium and hard endpoints of coronary heart disease and stroke.