Expecting to see a decline in sodium intake in recent years, researchers instead observed an increase, particularly in minority populations. 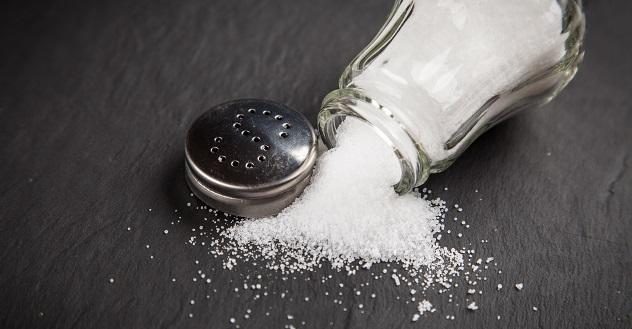 Counter to recommendations by the federal government, professional societies, and physicians, Americans with hypertension have started consuming more sodium in recent years, a new analysis shows.

The overall 14.2% relative increase between 1999 and 2012 was driven by surges in intake among Hispanics and African Americans, who caught up to non-Hispanic whites by the end of the study period, Elena Dolmatova, MD (Rutgers New Jersey Medical School, Newark), reported in an analysis slated to be presented at the upcoming American College of Cardiology (ACC) 2017 Scientific Sessions.

She told TCTMD that the upswing is surprising and may be related to the ineffectiveness of current approaches to educating patients, changes in how people are selecting foods to eat, and a tendency to give short shrift to lifestyle modification before initiating pharmacological treatment for hypertension.

There is a need to move beyond the patient-doctor level to focus on larger public health messages that will reach the greatest number of people, Dolmatova said, adding that the effort should clarify recommended sodium intake, encourage changes in the food industry to reduce sodium content, and promote cooking at home, where the amount of added salt can be more carefully controlled. “I feel there should be a more centralized effort regarding sodium,” she said.

Consumption Lower, But Still High, in Patients With Comorbidities

The investigators explored changes in sodium intake among hypertensive adults who participated in the National Health and Nutrition Examination Survey between 1999 and 2012. Based on 24-hour dietary recall, average daily consumption increased from 2,900 mg to 3,350 mg.

That compares with a recommended maximum of 2,300 mg/day in the US federal government’s latest dietary guidelines, which also point out that restricting intake further to 1,500 mg/day can have benefits in patients with prehypertension and hypertension.

In 1999, Hispanics and African Americans consumed less sodium than did non-Hispanic whites, but relative increases of 26.2% and 20.0% in the former two groups coupled with a lack of change in whites resulted in comparable sodium intake in all three groups in 2012. Dolmatova said the reason for the rise among minority populations is unclear.

Patients who were taking antihypertensive medications or who had a history of MI, stroke, diabetes, or heart failure ate lower levels of salt than others, but average intake remained high in these groups, ranging from 3,000 to 3,200 mg/day.

Commenting on the findings for TCTMD, Martha Gulati, MD (University of Arizona College of Medicine, Phoenix), said she was shocked by the increase in sodium consumption in this hypertensive population.

“What it made me realize . . . is that we probably aren’t talking effectively with our patients about the importance of lifestyle changes,” said Gulati, who is editor-in-chief of ACC’s CardioSmart. “Obviously we need to do a better job.”

But aside from ineffective communication, part of the problem could be the confusing messages patients see in the media. There has been a lot of coverage lately, Gulati noted, about whether sodium restrictions are too tight.

“I know that gets confusing for patients,” she said, “but certainly for those with hypertension our message has not changed: that reducing salt in your diet is an important part of the treatment. Medication is only just one part of it.”

The type of food that is readily available also comes into play when addressing sodium intake in the population, Gulati said, pointing out that fast or processed food tends to contain a lot of salt. She said that advocating for food companies to reduce sodium in their products can help, but that “it still comes down to educating the patient to make smart choices.”

She acknowledged the importance of medications in treating hypertension, but argued that “we can’t lose site of the sodium restriction part and what we eat. Those things have to be part of the treatment. Diet is incredibly powerful.”