The finding calls into question whether minimum surgical volumes should be required for new MitraClip programs. 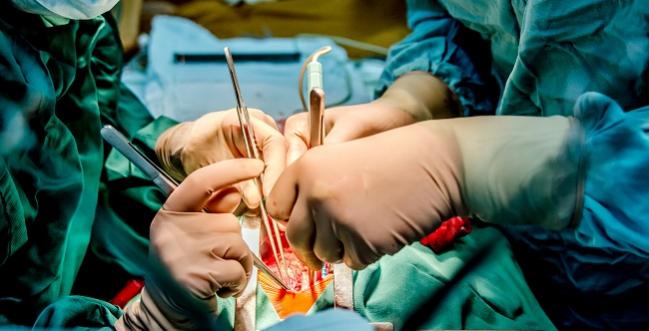 The number of mitral valve surgeries a hospital performs does not seem to have any bearing on the outcomes it will achieve with transcatheter mitral valve repair (TMVr) using the MitraClip (Abbott), a retrospective, claims-based analysis shows.

Surgical volumes were not, however, significantly related to in-hospital mortality or 6-month postdischarge mortality or cardiovascular rehospitalization after TMVr, according to a research letter published online March 16, 2020, ahead of print in the Journal of the American College of Cardiology. The new analysis was originally accepted for presentation at the American College of Cardiology 2020 Scientific Session, which will showcase a truncated program virtually later this month due to the continuing threat of COVID-19 caused by the novel coronavirus SARS-CoV-2.

Based on these data, [MV surgical volume] should not be included in the national coverage decision since it has no effect from what we’ve seen on outcomes. Colin Barker

The lack of such relationships is important, Barker told TCTMD, because a national coverage decision from the Centers for Medicare & Medicaid Services (CMS) currently requires hospitals to perform at least 25 total MV surgical procedures for severe mitral regurgitation (MR) each year in order to have a TMVr program. An updated multisociety consensus statement, meanwhile, calls for even higher MV surgical volumes for centers looking to get a TMVr program up and running.

“But based on these data, [MV surgical volume] should not be included in the national coverage decision since it has no effect from what we’ve seen on outcomes,” Barker said.

Mayra Guerrero, MD (Mayo Clinic, Rochester, MN), who was not involved in the study, agreed. “They should not look at surgical volume to decide who can perform transcatheter mitral valve repair,” she commented, saying that a center’s experience with the heart-team approach and operator experience are more important factors to consider.

A recent study suggested that institutional MV surgical volume does matter when it comes to outcomes of surgical repair of primary MR, but it was unknown whether a similar relationship would be seen for less-invasive TMVr.

“The question we were asking was: is there a relationship between surgical volumes and transcatheter mitral valve outcomes, as these are generally done by different people even within the same institution,” Barker said.

Of note, neither MV surgical volume nor the volume of TMVr procedures was associated with any of the outcomes assessed.

Asked why there was no relationship between TMVr volumes and outcomes when there are some data suggesting otherwise, Barker said, “Generally lower-volume centers are going to be a little bit more conservative with patient selection and case selection. Higher-volume centers may be able to take on a little bit more risk but also, as we know from the surgical literature, can avoid failure-to-rescue situations and tend to—even with higher-risk patients—have very good outcomes even if there are some complications.”

Guerrero wasn’t surprised by that finding, saying that TMVr procedural volume is likely more important when it comes to technical success, residual MR, and perhaps residual gradient than when it comes to mortality. In addition, higher-volume centers may be more careful in selecting patients. “If you find a patient that is not likely to have a good result, you may want to consider transcatheter mitral valve replacement and not repair,” she said.

But regarding mortality, it’s not surprising that differences weren’t seen based on TMVr procedural volume, Guerrero said, “because this is a low-risk procedure even when performed in high-surgical-risk patients.”

In an email, Islam Elgendy, MD (Massachusetts General Hospital and Harvard Medical School, Boston), said the lack of a difference in outcomes based on TMVr volume “is perhaps related to the low incidence of in-hospital mortality (2% to 3%) and small number of procedures included in this study.” He noted that in a prior study demonstrating a link between institutional volume and TMVr outcomes, “a larger number of procedures were analyzed and the main outcome was procedure success rather than mortality. Studies have shown that survival is highest among patients with less residual MR (≤ 1+ residual MR) after TMVr.”

What Does This Mean for Volume Requirements?

But Barker said other factors are more important to consider when determining whether a center is equipped to perform MitraClip implantations, including the presence of a multidisciplinary team encompassing cardiac surgeons, interventional cardiologists, and noninvasive cardiologists alongside patients, as well as operators with expertise in transcatheter structural procedures. “We still have to be transparent about our outcomes and continue to participate in things like the TVT Registry to maintain these good outcomes,” Barker said.

Those are two very different procedures, so why would anyone think that the outcome of transcatheter repair has anything to do with the surgical volume? Mayra Guerrero

As for whether there should be some type of minimum threshold for the volume of transcatheter procedures, Barker said about 25 cases per year per operator would probably be ideal.

For Guerrero, the study—though limited by the lack of data on technical success or the amount of residual MR after the procedures—“confirms what many of us suspected, which is that the outcomes of transcatheter mitral valve repair would not be linked to surgical volumes. Those are two very different procedures, so why would anyone think that the outcome of transcatheter repair has anything to do with the surgical volume?”

The analysis also shows that TMVr is safe despite the fact that it is likely used in patients with higher risk compared with those undergoing surgery, she said, pointing to in-hospital mortality rates below 3% regardless of procedural volume. “It may not give you the same technical success or the same amount of reduction of mitral regurgitation [as surgery] but it is safe, even in low-volume centers.”

Like Barker, Guerrero said a multidisciplinary approach combined with experienced operators is key to achieving good TMVr outcomes. Nevertheless, she acknowledged, there probably is a minimum threshold in terms of transcatheter procedural volume to which TMVr programs should adhere. As a minimum, that number is probably around 25 cases per year.

“But I would not want to see most centers in the country performing the minimum of 25, for example, and I think ideally we should do more than 50 per year and if possible this procedure should be at centers with higher volume,” Guerrero said.

Surgical Volume Matters When It Comes to Repair of Primary MR