Studying PROMIS participants who have two nonworking copies of genes may give clues to the genetic basis of CVD and other diseases. 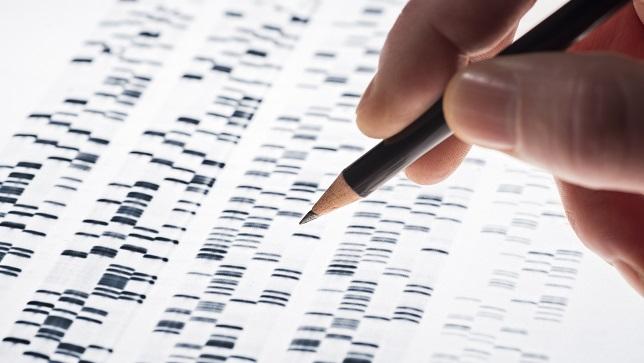 Much of what we know about gene function has been gleaned by knocking out specific portions of DNA in mice, but researchers have begun taking that concept into people—so-called human knockouts—who naturally have two nonfunctioning copies of at least one gene.

One such effort in Pakistan, led by Danish Saleheen, MBBS, PhD (University of Pennsylvania, Philadelphia), has shown that 17.5% of participants in a large study looking into the determinants of cardiometabolic diseases have at least one gene knocked out.

Taking a closer look at these individuals can provide information about what these busted genes are doing and ultimately may reveal targets for future therapies, Sekar Kathiresan, MD (Massachusetts General Hospital, Boston), one of the senior authors of the study in Nature, told TCTMD.

“The Human Genome Project gave us a parts list of the genome, a parts list of about 18,000 genes,” he said. “Now, with this study, we are in a position to understand what missing a part means.”

Investigators have been working for several years on understanding the basis for MI, stroke, and diabetes in Pakistanis as part of the Pakistan Risk of Myocardial Infarction Study (PROMIS), and about 3 years ago, an international team began sequencing the protein-coding regions of participants’ genomes. Pakistan is a good place to look for human knockouts because it has a high rate of consanguinity stemming from marriage between blood relatives (about 40% in this study), increasing the likelihood of finding individuals with two nonfunctioning copies of a gene.

The researchers sequenced DNA from 10,503 adults, finding 1,317 genes expected to be completely knocked out in at least one participant in the study; 1,843 people had at least one nonfunctioning gene.

The team then looked at the relationship between knockout status and 201 biochemical or disease traits, identifying several notable associations. The most clinically relevant, Kathiresan said, involves APOC3, the gene encoding apolipoprotein C3, which slows the clearance of dietary fat from the blood.

Prior research has shown that people with just one nonfunctioning copy of the gene have lower plasma triglyceride concentrations and a lower risk of coronary heart disease, but because no individuals with two nonfunctioning copies had been found, there were concerns that completely knocking out the gene could be detrimental.

However, four individuals in this study had broken APOC3 genes, and they had almost nonexistent levels of plasma apolipoprotein C3 and lower triglyceride levels, higher HDL cholesterol levels, and similar LDL cholesterol levels when compared with people with fully functioning genes.

The investigators contacted one of the human knockouts and discovered that his wife and all nine children also lacked a functioning APOC3 gene. An experiment involving a challenge with an oral fat load revealed that this family had improved clearance of plasma triglycerides compared with unaffected first-degree relatives.

Those findings add support to efforts that are already underway to find and test treatments that reduce the effects of apolipoprotein C3 in people with a working gene, Kathiresan said, adding that the same concept can be applied to genes involved in other conditions, as well.

“The overarching goal for this type of research is to understand the function of each gene in the human genome,” he said, estimating that sequencing the DNA of about 200,000 Pakistanis would yield knockouts for more than 8,000 genes.

Beyond expanding the sample size in Pakistan, the researchers are also interested in pooling these results with those from similar studies conducted in other parts of the world, as part of a “Human Knockout Project.”

“It’s conceivable that we could systematically find a person knocked out for each gene in the human genome and understand gene function by studying them further,” Kathiresan said. “That’s really the endgame.”