Although an advisory panel once said no, the FDA now says the Guardian System provides a more accurate prediction of ACS than do symptoms alone. 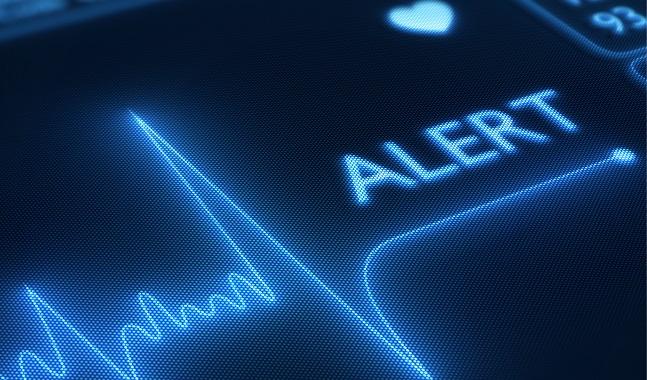 The US Food and Drug Administration (FDA) has approved an implantable cardiac monitor designed to alert patients that they are having an acute coronary syndrome event.

The Guardian System (Angel Medical Systems) is approved for use in patients with prior ACS who remain at high risk for recurrent events. The agency says the device—which consists of an implantable intracardiac monitor, an external device that manages alerts, and a programmer that can retrieve and display data from the implanted device—is a “more accurate predictor of ACS events when compared to patient-recognized symptoms alone.”

The monitoring system is designed to alert patients to ST-segment shifts indicative of coronary artery occlusion by giving vibratory, auditory, and visual warnings.

The approval was granted April 9, 2018, and announced in a listing of recently approved devices disseminated by the FDA on May 7, 2018.

Lead investigator for the pivotal US premarket approval ALERTS trial of the device, C. Michael Gibson, MD (Baim Institute for Clinical Research, Boston, MA), said tremendous progress has been made in reducing door-to-balloon times in ACS patients, but that there’s been little improvement in the time from symptom onset to hospital presentation. “It’s very exciting to see this finally get approved because it at least raises awareness that we still have a problem and that we have work to do,” said Gibson.

The approval of the Guardian System comes despite limitations with ALERTS and a unanimous vote against approval from the FDA’s Circulatory Systems Devices panel in March 2016. At the time, a majority of the advisory committee felt there wasn’t enough data to reassure them the device was safe, and all 12 panel members said there wasn’t a reasonable assurance the device was effective.

The advisory panel also had a lot of trouble interpreting data from ALERTS to determine if the device actually had any clinical impact. For example, the ALERTS trial was halted prematurely because of incomplete and unreliable ECG data, which the FDA called a significant protocol violation, and the adjudication of some clinical events also violated trial protocol.

Given those difficulties, the FDA and Angel Medical Systems worked together following the initial advisory panel to analyze additional clinical events that occurred during the randomized and nonrandomized periods of the trial. That analysis, known as ALERTS-ED, included all emergency department (ED) visits outside the initial randomization period.

As Gibson explained to TCTMD, the device was implanted in all 907 randomized patients, but turned off during the initial 6-month study period in half of these individuals. After 6 months, the device was turned on in all patients, which allowed researchers to compare ED visits among all patients for an extended time period in ALERTS-ED against the 6-month control period where the alarm was off in the randomized trial. As a result, there was more exposure to the device, and this increased the robustness of the data, he said.

In the new analysis that includes this extended exposure—which the FDA has posted online as part of its summary of safety and effectiveness data—the positive predictive value (PPV) among patients who came to the ED based on the device was higher than in symptomatic patients without alarm-based monitoring. For those with the device alarm on, the PPV was 25.80%, whereas if the alarm was off and the patients relied on symptoms alone, the PPV was 18.23%.

The false-positive rate was 0.678 per person per year among those who relied on symptoms only compared with 0.164 per person per year among those with the device alarm on. “It’s almost a fourfold reduction in how often you come in with a false-positive presentation [of ACS],” said Gibson. “From a health economic perspective, I think it’s quite amazing.”

Gibson also noted that 210 asymptomatic patients presented to the ED based on the device alarm alone. Of these, 42 were having an acute coronary event. This translates into roughly 5% of patients who would be missed if they relied on symptoms alone, he said.

Based on the findings from ALERTS-ED, the FDA concluded that the benefits of the intracardiac monitoring system outweigh the risks for the intended population and that the device provides a more effective diagnosis of a life-threatening condition than relying on symptoms alone.

Continued approval of the Guardian System will require the submission of annual reports that include the number of devices sold and distributed during the reporting period so the FDA can monitor and quantify adverse events. Additionally, a prospective, nonrandomized, single-arm multicenter postapproval study (n = 500) is also required to assess the diagnostic accuracy of the device and the company must send interim study reports to the FDA every 6 months. The full conditions of the approval are available here.

The Guardian System has been available in Europe since 2010 and Brazil since 2013.

Can Clinicians Really Put a Stop to Atherosclerosis? Experts Explore the How and When of CVD Prevention