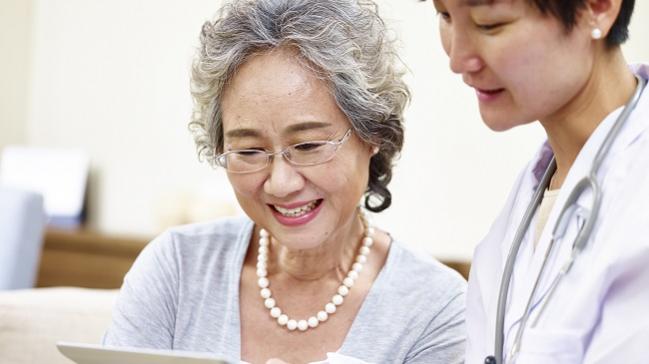 A quality-improvement project aimed at helping institutions with limited resources appears to be an effective means of bridging gaps in evidence-based ACS management, a Chinese study shows.

The stepped-wedge, cluster-randomized study, known as CPACS-3, is the third phase of the China-based project. While the intervention had no significant effect on its primary outcome of in-hospital MACE, it was associated with increased early use of antiplatelet therapy and more prescribing of secondary-prevention medications at discharge.

In an interview with TCTMD, co-author Eric Peterson, MD (Duke University School of Medicine, Durham, NC), said the intervention was designed to be relatively simple and replicable across low-resource hospitals in a variety of settings. Between 2011 and 2014, it was carried out at 101 county hospitals in 15 Chinese provinces.

“The prime purpose was to change care, and the institutions showed that they could do that,” Peterson noted. “Changing in-hospital mortality is a pretty high benchmark and hard to do in the short run. Getting people on the right medications and discharged on them is an important step in improving care.”

Published online today in JAMA Cardiology, the multifaceted intervention borrowed elements from other successful programs, including the CRUSADE Quality Improvement Initiative. CPACS-3 consisted of the establishment of a Quality Care Improvement team, chaired by the hospital director and including multiple department heads; implementation of clinical pathways that were developed in CPACS-2 and tailored to fit the hospital when necessary; 6-month reporting on key performance indicators (KPIs) used by hospitals to self-assess clinical performance; technical training and testing of staff engaged in ACS care; web-based, online technical support with access to advice from senior cardiologists; and patient educational materials.

Led by Yangfeng Wu, PhD (The George Institute for Global Health at Peking University Health Science Center, Beijing, China), the study of 29,346 ACS patients (50% with unstable angina) found that seven of 16 preintervention performance indicators were significantly improved with the intervention and remained higher after adjusting for the clustering effect and time trend. Most of these were related to discharge medical therapies.

“For the in-hospital management KPIs, the early use of clopidogrel, dual antiplatelet therapy, and loading-dose dual antiplatelet therapy all increased by 15% in the intervention group compared with the control, but these changes were primarily driven by the change in the use of clopidogrel alone,” the researchers write. No differences were seen in door-to-needle time, statin use, or aspirin use (both early use and loading dose).

Although the study was not designed to continue observing how hospitals fare after the intervention ends, Peterson said data from other successful quality-improvement efforts such as the ACTION Registry-Get With The Guidelines (GWTG) program suggest that protocol changes have a high probability of continuing.

To TCTMD, Peterson said a key to the success of this type of intervention is the feedback for the institution and the physicians.

“Education alone is usually not successful,” he observed. “Education combined with measurement and feedback can be successful. If you then, as this study did, tie it to some degree of performance measurement and grading . . . that all matters, and it tends to have an effect on care.”

Continuing Anticoagulation During TAVR: New Data Offer a Glimpse of What Works

Sex Disparities Seen in China for Patients With ACS