Rivaroxaban 15 to 20 mg once daily should be for patients with A-fib, researchers say, although lower doses may be safe in other settings. 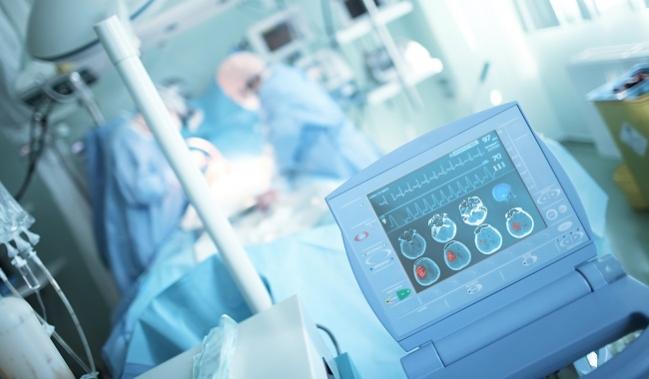 Physicians using non-vitamin K antagonist oral anticoagulants (NOACs) in patients who do not have A-fib should be aware that risks of intracranial hemorrhage (ICH) relative to aspirin can vary across individual agents and dosing regimens, a new meta-analysis suggests.

For example, in pooled results from two of the trials included in the analysis—one among patients with venous thromboembolism (VTE) and one among patients with embolic strokes of undetermined source—rivaroxaban 15 or 20 mg once-daily carried a higher risk of ICH compared with aspirin (0.5% vs 0.1%; OR 3.31; 95% CI 1.42-7.72), according to researchers led by Wen-Yi Huang, MD, PhD (Chang Gung University College of Medicine, Taiwan).

Use of lower doses of rivaroxaban and apixaban 5 mg twice daily in a variety of settings did not, however, result in elevated risks of ICH relative to aspirin, they report in a study published online August, 13, 2018, ahead of print in JAMA Neurology.

Citing the finding with rivaroxaban 15 or 20 mg twice daily, study co-author Meng Lee, MD (Chang Gung University College of Medicine), told TCTMD in an email that “its use in people without atrial fibrillation could not be encouraged.”

Senior author Bruce Ovbiagele, MD (University of California, San Francisco), added that the meta-analysis “really underscores and reinforces the notion that we really need to be careful in terms of when we group NOACs together as a class, [and that] it’s important for us to take into consideration not just the individual agent itself but its dose in particular.”

The findings could have implications for the design of future NOAC trials, Ovbiagele told TCTMD: “It’s really for us to be able to potentially plan for a future clinical trial which agent and what dose should we actually be looking at to test in patients who have potentially cardioembolic sources not due to A-fib.”

Looking Outside of A-fib

NOACs have well-established safety and efficacy for preventing strokes in patients with A-fib, but it is likely, Lee said, that the benefits of NOACs over aspirin are likely to be less substantial in patients without the arrhythmia. For that reason, it’s important to clarify the risks of ICH—a feared complication that can cause physicians to avoid anticoagulation in certain patients—with individual NOACs at various doses across indications that might be suitable for anticoagulation.

For the meta-analysis, the investigators looked at data from five randomized trials that compared a NOAC with aspirin. The trials, which included a total of 39,398 patients, were:

Aspirin was given at a dose of 100 mg once-daily in all but the AVERROES trial, which used doses ranging from 81 to 324 mg once daily.

Rates of ICH were low and didn’t exceed 0.5% with either the NOACs or aspirin across all comparisons. Only rivaroxaban 15 or 20 mg once daily was associated with a greater risk relative to aspirin in pooled results from NAVIGATE ESUS and EINSTEIN CHOICE. The researchers calculated that use of those rivaroxaban doses instead of aspirin would result in an additional three hemorrhages for every 1,000 patients treated.

For risks of fatal and major bleeding, the only other comparison that reached significance was for rivaroxaban 10 mg once daily, which increased the risk of major bleeding relative to aspirin in the EINSTEIN CHOICE trial (OR 1.56; 95% CI 1.31-1.85).

No trials comparing dabigatran (Pradaxa; Boehringer Ingelheim) and edoxaban (Savaysa; Daiichi Sankyo) with aspirin were available, but indirect comparisons suggested that those NOACs do not have higher ICH risks—but possibly have higher major bleeding risks—versus aspirin. Those results, however, “should be interpreted with caution because of the lack of head-to-head comparisons in any randomized clinical trial,” the authors note.

The researchers point out that patients with ischemic stroke who don’t have A-fib but do have moderate-to-severe left atrial enlargement seem to have an elevated risk of recurrent cardioembolic or cryptogenic stroke and that they would likely be treated with aspirin unless A-fib is identified.

“Since a 5-mg dose of apixaban twice daily had comparable risks of intracranial hemorrhage with aspirin, it could be an attractive alternative agent for use on this population,” the investigators say.

As for rivaroxaban, a 15 or 20 mg dose should be considered only in patients with A-fib considering the elevated risk of ICH compared with aspirin, they say. “Although 10 mg of rivaroxaban once daily or 5 mg twice daily did not show higher risks of intracranial hemorrhage than aspirin in this meta-analysis,” they add, “it is worthwhile to mention that such low-dose rivaroxaban did not reduce major cardiovascular events or stroke compared with aspirin in patients with vascular disease, and even a 15-mg dose of rivaroxaban was not better than aspirin for recurrent ischemic stroke prevention among embolic stroke patients without recognized atrial fibrillation.”

“In that kind of situation, given these data—people of course always want to look for efficacy—but I think this kind of reassures us that if you’re using a lower dose of rivaroxaban or you’re using apixaban that at the very least you’re not doing harm,” Ovbiagele said.

“Now, we don’t have data to show that there’ll be efficacy,” he continued, “but at the very least thinking about the underlying pathophysiology of the clot that would form in the heart and thinking that we are probably not causing any harm compared to aspirin in terms of at least ICH, that dreaded outcome, I think it’s not unreasonable for clinicians to potentially consider using such doses and types in these kinds of patients, pending of course a definitive prospective clinical trial to test the specific question.”