A massive meta-analysis is in the works, but most MI patients getting radial PCI and potent antiplatelets should now get heparin, experts say. 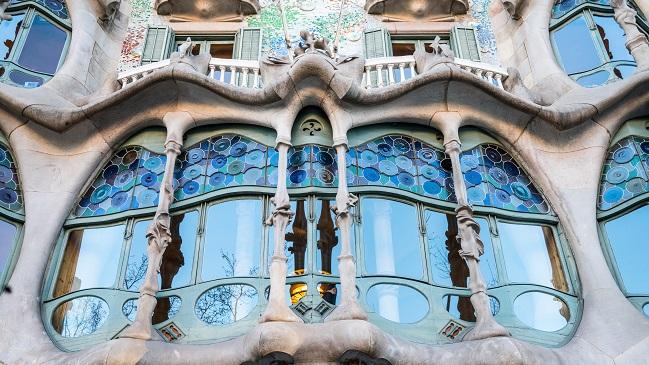 BARCELONA, Spain—Yet another trial has found no advantage to bivalirudin over heparin monotherapy for a composite endpoint of death from any cause, myocardial infarction, or major bleeding in the setting of STEMI and NSTEMI patients.

Speaking with TCTMD, Erlinge stressed that the early trials by design—based on clinical practice at the time they were done—inevitably led to bivalirudin coming out as superior. But subsequent trials in this space have yielded conflicting results due in part to variable use of glycoprotein IIb/IIIa inhibitors (GPIs), newer more potent P2Y12 inhibitors, radial access, and continued bivalirudin transfusion postprocedure. VALIDATE-SWEDEHEART was undertaken to compare bivalirudin and heparin in the setting of potent P2Y12 inhibition, no planned GPIs, and predominantly radial access PCI.

In all, 3,005 STEMI patients and 3,001 NSTEMI patients were randomly assigned to receive bivalirudin or heparin according to standard practices. Patients were excluded if they received a GPI, or if such usage was planned (emergency bailout was permitted). Measurement of activated clotting time 10 minutes after initiation of treatment was strongly recommended and an additional bolus of either drug was also urged: bivalirudin at a dose of 0.3 mg/kg or heparin at the physician’s discretion. Continuation of bivalirudin after PCI until completion of the last vial was “strongly recommended,” the authors note. Approximately two-thirds of patients ended up receiving a prolonged, full-dose infusion of bivalirudin.

“In our trial, the use of the recommended radial artery access in more than 90% of the patients and the low use of glycoprotein IIb/IIIa inhibitors may have contributed to the very low rate of bleeding events in both treatment groups,” Erlinge et al conclude.

In an accompanying editorial, Gregg Stone, MD (NewYork-Presbyterian Hospital/Columbia University Medical Center, New York, NY), noted that the observed event rates in the trial were lower than expected, resulting in wide confidence intervals for the 6-month endpoint chosen by investigators.

“At 30 days (which is a better time point than 6 months at which to compare procedural anticoagulants), a nonsignificant trend in favor of bivalirudin was evident,” he wrote. “Moreover, the primary endpoint was a composite of safety and efficacy measures, which tend to offset one another and could therefore bias outcomes toward the null.”

Stone, who led the HORIZONS-AMI trial that initially established bivalirudin as the superior treatment to heparin, albeit in the setting of adjunct GPIs, notes that a subsequent meta-analysis conducted prior to VALIDATE-SWEDEHEART showed that bivalirudin was associated with less bleeding, more stent thrombosis, and lower overall mortality. What’s needed now, says Stone, is an even larger meta-analysis that includes the VALIDATE-SWEDEHEART results to provide “robust answers” to “ongoing uncertainties.”

To TCTMD, however, Erlinge said that while he’s excited to participate in the planned meta-analysis, he believes its principal purpose will be to identify subgroups who may yet benefit from bivalirudin. For “routine practice in the lab,” bivalirudin will no longer be used, he predicted.

“I think no one will use routine bivalirudin . . . but it could be used for selected cases. Maybe women will be one of those [subgroups],” Erlinge said. “We also saw that stent thrombosis was reduced for the first 30 days, so maybe if you are very much afraid of stent thrombosis, you may use this approach or use prolonged infusion of bivalirudin combined with a potent P2Y12 inhibitor.”

That said, VALIDATE-SWEDEHEART is one of the largest clinical trials in this space, he added, noting that subanalyses from this trial alone may prove illuminating. Indeed, following its presentation, one of the session chairs, Patrick Serruys, MD, PhD (Imperial College London, England), asked about the signal of better outcomes with bivalirudin in women, a finding that reached borderline significance at P = 0.05.

“It could be play of chance,” Erlinge responded. “But females are a very important group and we know from numerous trials that they have more bleeding, they benefit less from CABG and interventions, and we treat them based on studies conducted in males, so this is something that we have to explore further.”

Session co-moderator, Lene Holmvang, MD, PhD (Rigshospitalet, Copenhagen, Denmark), asked why the trial was designed to demonstrate superiority, given recent studies suggesting that heparin is at least as good, if not better, than bivalirudin in this setting.

Erlinge explained that the trial, by intent, did everything to give bivalirudin the best shot at a win. “We learned from HORIZONS that bivalirudin needs a small dose of heparin. It needs very good P2Y12 inhibition, and we gave it that. And we learned from MATRIX and EUROMAX that it needs prolonged infusion, so we gave it that. So we optimized conditions for bivalirudin to succeed, so that’s the reason why we designed this as a superiority trial.”

“This is the first real-world study, using contemporary best therapy including radial access and potent P2Y12 inhibitors, and it shows absolutely no difference between the two treatment arms,” she told TCTMD. “Stent thrombosis goes away with the use of potent agents, and bleeding goes away with radial access. So, bottom line, does this trial ‘invalidate’ everything we’ve done before? That’s the big question.”

Pressed to answer her own rhetorical question, Mehran backed off on wordplay and clarified that bivalirudin had, indeed, been a valid treatment in the past, proven to reduce bleeding and mortality, especially in STEMI patients. But that was at a time when treatment regimens overall were different. Those have changed, she said. “VALIDATE shows we’ve gotten better.”

No Differences Between Bivalirudin, Unfractionated Heparin in ACS Patients With or Without ST Elevation: MATRIX