Studies of residual MI risk typically focus on higher-risk patients within the first years after their event. A new study helps fill a knowledge gap. 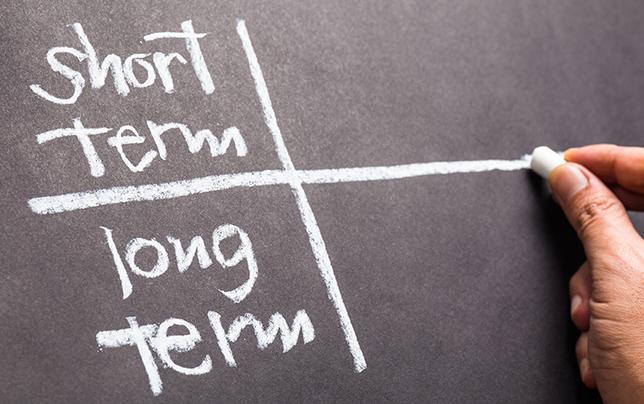 Risk of MI among patients previously revascularized for unstable CAD has been well studied, but what about the risks of late events among patients with stable CAD? New long-term follow-up from the CORONOR registry suggests that MI risk in this group is low and typically associated with residual uncontrolled risk factors. Importantly, these MIs are only linked with very late stent thrombosis in a minority of cases.

“In CORONOR, we were really looking at stable patients at a distance [from their initial event]. Our most important finding is that basically the risk of incident MI is not that high in this group, only 0.8% per year,” Gilles Lemesle, MD (Université de Lille, France), told TCTMD. Still, he continued, that’s not trivial for a 65-year-old in whom the 10-year risk would be 8%. Moreover, patients who had an MI over the long term were twice as likely to die as subjects who did not.

This analysis from CORONOR, published online today in the Journal of the American College of Cardiology, looked at 5-year follow-up in 4,094 patients, all of whom had had a previous PCI, MI, or stenosis ≥ 50% on coronary angiography more than 1 year prior. As noted, CORONOR patients had a linear MI risk of 0.8% annually, with STEMI constituting one-third of these events. In an analysis that looked only at the 2,816 patients who had previously received a stent, the majority of MIs occurred in other vascular territories and just 27 cases (20%) were due to very late stent thrombosis.

The risk of dying was 7% per year among patients whose MI occurred in a nonstented site, as compared to 18% per year in patients with very late stent thrombosis.

The study also underscores the importance of secondary prevention, Lemsele added. Independent predictors of MI over follow-up included smoking, LDL cholesterol, multivessel CAD, diabetes, and persistent angina. Of note, prior coronary bypass appeared to halve the risk of subsequent MI, an observation that reinforces the finding that most subsequent MIs are not occurring at the site of the original blockage, he said.

Lemesle believes the CORONOR findings may help physicians motivate patients to stay focused on getting their risk factors under control—to quit smoking and stay on their cholesterol lowering meds. And in patients who can’t get their modifiable risk factors down, the current findings hint that extending dual antiplatelet therapy in these patients is a strategy worth considering, he added.

Commenting on the study for TCTMD, Magnus Ohman, MD (Duke Clinical Research Institute, Durham, NC), said he was happy to see a paper addressing the issue of residual MI risk in stable CAD patients already treated with revascularization. “From my vantage point, it would have been great to have had a control group [of stable patients who did not undergo revascularization] because that would have put this in perspective,” he said.

Indeed, Ohman co-authored an analysis trying to get at a similar question—what is the residual MI risk?—among patients treated with medical therapy in the randomized TRILOGY ACS study, although he acknowledged these patients were a slightly higher-risk group than those studied by Lemesle and colleagues.

What’s interesting, he told TCTMD, is that certain predictors of subsequent MI, including diabetes and LDL cholesterol, are similar between the two studies. And while nearly half of the MIs in the TRILOGY-ACS subanalysis were related to stent thrombosis or restenosis, with just 30% due to a primary coronary event (type 1 MI), the MIs related to stent thrombosis were associated with the highest risk of death.

“The fact that the risk of dying is higher with a stent thrombosis than with a spontaneous MI—that’s well established,” Ohman said. But the higher proportion of incident MI over the long term in nonstented versus stented patients among the stable, previously revascularized patients in Lemesle et al’s paper is a “new twist,” Ohman said.

“What this tells you is that people still have heart attacks in other distributions than where they were stented and they were lower-risk events in those cohorts than in patients in whom the stent closed off,” he commented. “And that, I think, is an interesting comparison. We haven’t had that comparison before.”

What Ohman would like to see is the late residual MI risk—and related mortality—in patients with stable CAD treated medically versus those treated with revascularization, a comparison he says has still not been answered using modern-day therapies.

Asked about this comparison, Lemesle told TCTMD that 579 patients out of the 4,094 patients included in the present analysis were medically treated for CAD at the time of inclusion in CORONOR, with no previous revascularization.

Worth pointing out, he clarified by email, is that “the annual risk of incident MI during the 5-year follow-up was very similar between patients with previous revascularization versus those medically treated: 0.8% per year versus 1% per year, respectively (P = NS for the interaction).”

The only factor independently associated with a lower risk of MI, he reiterated, was previous CABG.

In an editorial accompanying the study, José A. Barrabés, MD (Hospital Universitari Vall d’Hebron, Barcelona, Spain), and colleagues raised several caveats about Lemesle’s analysis, noting that the study was focused on patients who were free of angina at study entry and whose median times to last revascularization or last MI were 4 and 5 years, respectively. Also, two-thirds of the stents used in the study were bare-metal, which “should not be overlooked when interpreting the rates of very late stent thrombosis observed,” they say.

Lemesle et al’s study “provides some hints about the subset of stable patients who might benefit from a more potent antithrombotic therapy,” the editorialists write. “However, more tools to quantify as precisely as possible the balance between the risks of ischemic and bleeding complications in patients with stable CAD are needed.”