Researchers sifted through 16 years of data to bolster the case for a weather-MI connection, but exactly how to reduce the risk isn’t clear. 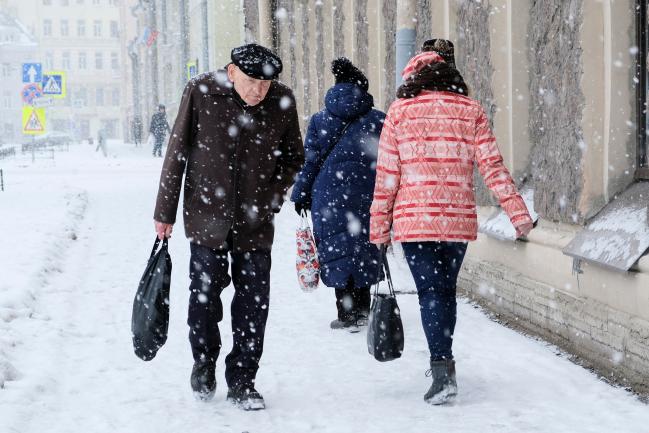 This isn’t the first study to draw a link between MI incidence and colder weather and snow, lead investigator Moman A. Mohammad, MD (Lund University, Sweden), and colleagues acknowledge. But most “have been geographically limited with a relatively small sample size and/or use of administrative data,” with little exploration of other meteorological parameters.

For their study, published online yesterday in JAMA Cardiology, the researchers combined clinical data from the SWEDEHEART registry with weather station variables collected in proximity to coronary care units.

“People have been talking about weather and heart attacks for nearly a hundred years, and people have been talking about cold and wind triggers,” senior author David Erlinge, MD, PhD (Lund University), told TCTMD, adding, “This is unique because it’s such a large study, so that we can really dissect so many different [aspects] of weather characteristics and show which of them individually has an effect. . . . The newness of the study is the robustness and the huge amount of data that we have.”

Hitinder Gurm, MD (University of Michigan, Ann Arbor), whose own research has connected large swings in daily temperatures with spikes in MI, commented to TCTMD that the findings, while not unexpected, validate what has come before.

“It’s a very nice, very large data set,” he said. The information is especially interesting because Sweden’s landmass spans so far north and south, allowing the researchers to look at the colder end of the climate spectrum, Gurm added. He suggested that looking at even more rapid changes in temperature, on an hour-by-hour basis, might provide further insight.

Mohammad et al obtained daily weather data from the Swedish Meteorological and Hydrological Institute for each MI logged in the SWEDEHEART registry between 1998 and 2013, looking at date of symptom onset and coronary care unit location.

Of the 280,873 patients, one-third presented with STEMI. Weather data were available for 97.6% of the cohort, whose mean age was approximately 72 years.

Air temperature showed the most pronounced association. Each increase of 7.4°C (13.3°F) in minimum temperature was tied to a 2.8% relative reduction in risk (P < 0.001). Adjusting for other weather parameters and stratifying patients by STEMI versus NSTEMI did not eliminate that link. “With the exception of the coldest season (January-March), consistent results were observed, with a negative association for air temperature and risk of MI, with the highest association observed during July through September and the highest associated risk observed in STEMI,” the researchers report.

Erlinge noted that many things could explain the weather’s impact. Perhaps most importantly, he said, “when it’s cold and windy, you constrict the arteries in the skin to preserve energy and temperature. When you constrict these arteries, the heart has to pump against a high resistance and that can trigger a heart attack.” There may also be an emotional element, Erlinge added. “We feel less emotional stress when it’s warm. . . . Also, if you have reduced sunshine hours due to cloudiness or short days, you can have reduced levels of vitamin D and so on. Maybe that cannot acutely trigger a heart attack, but in the long run risk is higher.”

Asked about practical applications, Erlinge stressed that any such takeaways are speculative. Still, he shared a few ideas.

“If you have patients at a high risk of heart attack, maybe they should be very careful about having warm clothing when they go out in cold weather. Maybe they should even avoid going out if it’s very cold and windy. Of course, in general, people should be outdoors and exercise. We know that’s good for the heart. But maybe [if you’re at high risk] you should avoid the worst days,” he suggested.

According to Gurm, “it’s hard to know from a patient’s perspective whether [the results] would change anything. . . . It’s just about general precautions. If you’re somebody who has higher risk of coronary disease, make sure your risk factors are controlled.” The same risk factors remain influential no matter what the weather is, he observed.

One interesting implication is the tendency of older and retired people to move to warmer climates as they age, Erlinge pointed out. “Maybe that’s a good instinct.”

What this study doesn’t speak to is what happens during extremely hot weather, uncommon in Sweden. It’s possible that there is a U-shaped curve, Erlinge said, though at least within this analysis there’s no evidence of that: the association was linear up to a minimum daily temperature of 20°C (68°F).

Previous research has shown that “heat waves are associated with an increase in total mortality and stroke mortality, [but for MI] the relationship is stronger with colder temperatures,” Gurm explained.