Radial access should be the default approach in ACS patients, and while there was no benefit with bivalirudin, some say a case can be made for its use. 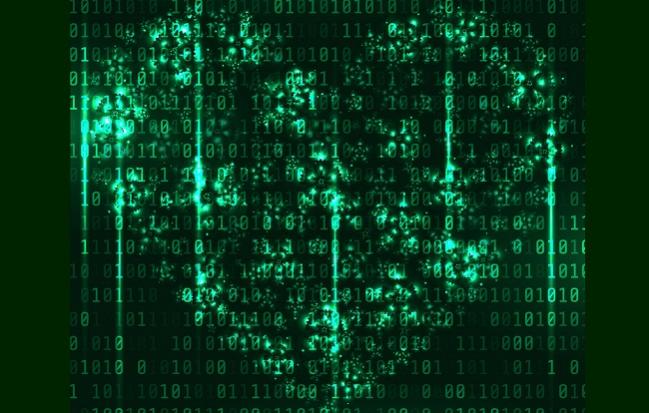 MUNICH, Germany—Long-term follow-up from the Minimizing Adverse Hemorrhagic Events by Transradial Access Site and Systemic Implementation of Angiox (MATRIX) trial confirm the results observed at 30 days, with investigators reporting that transradial PCI was associated with better overall clinical outcomes compared with access via the femoral artery.

At 1 year, like the primary outcome at 30 days, there was no significant difference in the risk of major adverse cardiovascular events between patients treated via the radial or femoral arteries (RR 0.89; 95% CI 0.80-1.00), but there was a statistically significant 13% relative reduction in net adverse clinical events (NACE), which was defined as non-CABG-related major bleeding or major adverse cardiovascular events.

Presenting the results during a late-breaking interventional session at the European Society of Cardiology 2018 Congress, lead investigator Marco Valgimigli, MD, PhD (University of Bern, Switzerland), said the benefits of radial access include a durable effect on cardiovascular death and bleeding complications. When combined with other data, including a large meta-analysis showing a reduction in all-cause mortality at 30 days with radial access, the MATRIX investigators say the radial route ought to be the first choice in patients with acute coronary syndrome undergoing invasive management.

“I think the evidence in favor of radial over the femoral approach is now very compelling, even in terms of hard clinical endpoints,” said Valgimigli.

“We saw that the observations at 30 days were essentially maintained at 1 year,” said Byrne. “That’s the key message here if you had to summarize it in one sentence.”

In an editorial, which was published alongside the MATRIX 1-year results today in the Lancet to coincide with the late-breaking presentation, Dominick Angiolillo, MD, PhD (University of Florida College of Medicine, Jacksonville), points out that with more than 8,400 patients, MATRIX is the largest trial comparing radial versus femoral access for PCI and is the first to report 1-year outcomes. Like the MATRIX investigators, Angiolillo believes radial access is the way to go in this population.

“The long-term benefit for net adverse clinical events, driven by a reduction in major bleeding and cardiovascular mortality, ought to change practice so that radial access should be the default approach in invasively managed patients with acute coronary syndrome,” he writes.

In the antithrombotic arm, 3,610 STEMI patients undergoing PCI were randomized to bivalirudin and 3,603 patients to heparin with or without glycoprotein IIb/IIIa inhibitors. The extended follow-up to 1 year confirmed the results at 30 days and showed bivalirudin was not superior to heparin with or without glycoprotein IIb/IIIa inhibitors for reducing ischemic or ischemic and bleeding events regardless of the access site used for PCI. However, bivalirudin was associated with a “robust” 16% reduction in bleeding events at 1 year, including a 32% reduction in BARC 3 or 5 major bleeding (non-CABG-related major bleeding).

The researchers suggest that bivalirudin had a “complementary” role to the access site, specifically radial access, in reducing the risk of bleeding. Additionally, use of bivalirudin was associated with a “borderline” lower risk of death at 1 year (RR 0.79; 95% CI 0.63-0.99), but investigators caution the study was not powered for mortality and this result should be interpreted with caution. Moreover, MI rates were no different between the bivalirudin and unfractionated heparin treatment arms, and definite stent thrombosis rates were higher in those treated with bivalirudin (RR 1.72; 95% CI 1.02-2.91).

“If you look at the data, apart from HEAT-PPCI, there is not one single study showing bivalirudin is inferior to unfractionated heparin if you look at MACE or NACE endpoints,” Valgimigli told TCTMD. “There has been an excess of stent thrombosis risk, which has been reported by all studies, including MATRIX, but this risk is getting lower and lower. The reason is that we’re giving more potent P2Y12 inhibitors as early as possible and the other reason is that we know we have to prolong the bivalirudin infusion after PCI.”

In 2016, the bivalirudin label was updated to reflect this higher risk of stent thrombosis. The dosing recommendations were also changed to allow physicians the option of continuing an infusion of bivalirudin for up to 4 hours after PCI to mitigate the risks of stent thrombosis, specifically in STEMI patients. In MATRIX, where the bivalirudin-treated patients were randomized to prolonged bivalirudin use during and after PCI or to a short-term treatment during PCI only, the extended use of bivalirudin after the intervention was not associated with a lower risk of ischemic or bleeding risks at 30 days or in the 1-year follow-up.

In his editorial, Angiolillo notes that MATRIX can sometimes be difficult to interpret given its design and some of its neutral findings. He pointed out that glycoprotein IIb/IIIa use was left to the discretion of the operator, and as a result the two treatment groups were unbalanced. Upstream use of unfractionated heparin in one-third of patients was also a confounding factor.

Although MATRIX did not show superiority of bivalirudin versus unfractionated heparin (with or without glycoprotein IIb/IIIa inhibitors) on the composite endpoint of ischemic and bleeding endpoints, “it could be argued that these results will still leave the controversy on the optimal antithrombotic regimen to use during PCI unresolved,” he writes.

Angiolillo adds that the secondary endpoints should be interpreted cautiously but says the reduction in bleeding and mortality with bivalirudin “cannot be ignored given the established link between these outcomes.” For this reason, bivalirudin remains an acceptable treatment for patients with acute coronary syndrome undergoing PCI and a very reasonable option in patients at high risk for bleeding.

Valgimigli agrees. “I think there is a still quite a viable role for bivalirudin in selected patients,” he said. “Based on the MATRIX results, as well as the other data we have seen before, bivalirudin should really be reserved for patients who are perceived to be at high risk of bleeding at the time of intervention. Whatever study you design, bivalirudin’s effect on bleeding [risk] is really quite remarkable.”

For the clinical community, physicians will need to determine if the advantage of bivalirudin for reducing bleeding is worth the increased costs of treatment, Valgimigli told TCTMD. With the availability of generic bivalirudin, he believes that decision is easier to make. “It’s a personal and institutional choice, but the data speaks to the fact that bivalirudin is not that bad,” he said.

Byrne said bivalirudin might be used selectively in some situations, such as complicated cases where operators are performing PCI via the femoral artery, but use is rare. “It might have a role in selected patients, but use at our institution at the moment is zero and I think that’s the experience of many of my colleagues in Europe,” said Byrne.