The procedure is linked with at least a tripled risk of newly-detected A-fib, but patient selection should help increase its success, study author says. 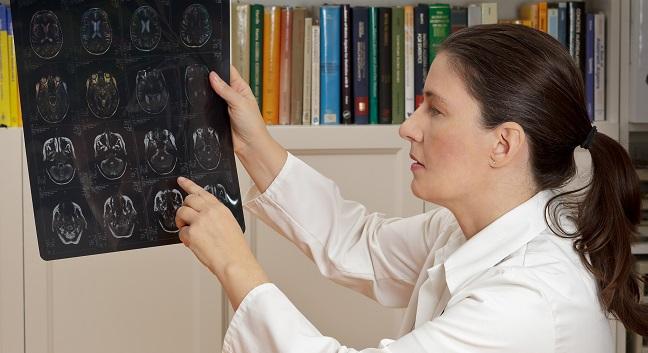 Percutaneous patent foramen ovale (PFO) closure in addition to medical therapy reduces the risk of recurrent cryptogenic stroke by 60% compared with medical therapy alone, according to a meta-analysis of five trials.

Since the approval of the Amplatzer PFO Occluder (St. Jude Medical) for recurrent stroke prevention by the US Food and Drug Administration last year as well as the publication of three positive trials on PFO closure this past September, proponents of the procedure have been hopeful that naysayers might be able to relinquish at least some of their skepticism.

Given the increasing number of studies looking at PFO closure versus medical therapy for the prevention of recurrent stroke, senior study author Sripal Bangalore, MD (NYU Langone Medical Center, New York, NY), told TCTMD that his team “wanted to look at not just the totality of data but also to ask a fundamental question.” That question was: do we have enough robust data to be confident that PFO closure is actually beneficial?

Along with lead author Tomo Ando, MD (Detroit Medical Center, MI), Bangalore and colleagues looked at five randomized controlled trials—RESPECT, REDUCE, CLOSE, PC, and CLOSURE I—with a total of 3,440 patients who were treated with either PFO or optimal medical therapy, then followed for a mean 4.1 years. Their results were published online ahead of print recently in the American Journal of Cardiology.

Overall, stroke was reported in 2.0% of patients in the closure arm and 4.5% of those treated with medical therapy, which translated into a 58% reduced risk of recurrent stroke with PFO closure (RR 0.42; 95% CI 0.20-0.91). The number needed to treat to prevent one stroke was 38. Additionally, in trial sequential analysis, the researchers reported that “there is likely adequate evidence to conclude that PFO closure plus [medical therapy] reduces the rate of recurrent stroke by at least 60% compared to [medical therapy] alone.”

Bangalore said he is not surprised by any of their findings given that the two most recent trials published in this space were positive. “But what we also showed was that if you use robust methodological techniques like trial sequential analysis just to answer the question of how confident are we with the results, . . . we can have a good deal of confidence in those results,” he added.

Attributing the success of PFO closure in this case to “a combination of many factors” including a large population and longer-term follow-up, Bangalore said “we have a good number of events to be more definitive about this.”

With regard to the A-fib finding, “we’re not sure what it means,” he acknowledged. “It could be that this is a group of patients who have already had stroke, [and] it might be that instead of being a new onset it might be newly detected A-fib.” However, if it was only newly detected A-fib, the rates should have been equal in both groups, he observed. “Since we're seeing a difference, one of the hypotheses [is that] the devices themselves are likely causing some inflammation and are more likely to cause A-fib in patients who are vulnerable.”

At this point, Bangalore said he is not sure that it would be ethical to plan another randomized trial of PFO closure versus medical therapy, even though it is still unclear whether anticoagulation therapy might be superior to closure—most trials so far have only looked at antiplatelet regimens. The reason people are skeptical about PFO closure “is because of the variability,” he noted, adding that prior trials did not do a good job of screening and selecting patients who would potentially benefit from the procedure. “That’s what causes variability, and that to me is maybe the reason people will be somewhat skeptical,” Bangalore said.

The aggregate data now are enough to change the guidelines to recommend PFO closure for the prevention of cryptogenic stroke as either a class IIa or even a class I indication in a select group of patients, Bangalore argued. Right now it has a class III indication.

But patient selection is key. “You have to be at least reasonably certain that this is cryptogenic stroke and you have a large enough PFO that that might be contributing to the stroke,” Bangalore advised. “It’s easy to [go down a] slippery slope and try to close every PFO, but I think we have to be careful and only do it for people who will likely benefit the most.”

Platelet Reactivity High in Most Patients Who Develop Stent Thrombosis