Missed Opportunities: Many HF Patients Not Tested for CAD

According to data from Get With The Guidelines, only 39% of patients hospitalized with new-onset HF received CAD testing. 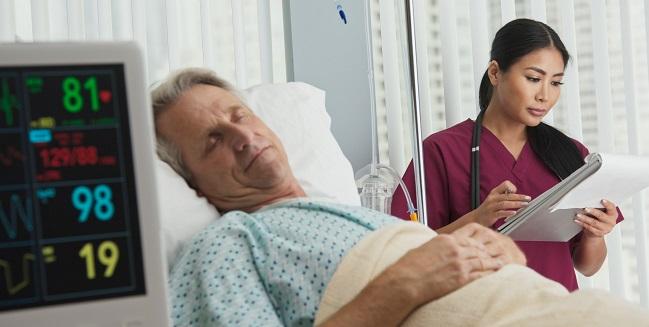 Fewer than 40% of patients with a diagnosis of new-onset heart failure are being evaluated for CAD during the index hospitalization, according to a large analysis of Medicare recipients.

The data, from the Get With The Guidelines-Heart Failure (GWTG-HF) registry, confirm what two prior studies have shown. Given that the hospitals in the new analysis were part of a quality-improvement initiative and that all patients were insured, however, the researchers had expected to see higher rates of testing than those earlier studies. That didn’t happen.

“I'm not sure we know the exact number that it needs to be, but if the prevalence of coronary artery disease in heart failure patients is around 60%, testing less than 40% seems too low,” senior author Adam D. DeVore, MD (Duke Clinical Research Institute, Durham, NC), told TCTMD. “The previous studies that looked at this included younger patients, whereas we only included patients age 65 and older, and yet the numbers being tested are similarly low.”

We don't know why people aren't pursuing this, but it does seem like kind of a missed opportunity. Adam D. DeVore

Compared with patients who were not tested for CAD, those who were tended to be younger, more often male, and more likely to have hyperlipidemia, the researchers found. Testing rates varied by LVEF status, with 53% of those with reduced ejection fraction being tested versus 42% of those with borderline ejection fraction and 31% of those with preserved ejection fraction. Existing heart failure guidelines from the American College of Cardiology, American Heart Association, and the Heart Failure Society of America recommend treatment of comorbid conditions, including CAD, regardless of LVEF.

“We don't know why people aren't pursuing this, but it does seem like kind of a missed opportunity in terms of being able to make sure that all other medical conditions are being optimized, especially coronary disease, which might be the underlying cause that either drove the hospitalization or at least caused the heart failure to begin with,” DeVore observed.

The study was published online March 16, 2020, in Circulation: Heart Failure.

CAD Testing as a Metric

Led by Kyle D. O’Connor, BA (Duke Clinical Research Institute), the analysis included data on 17,185 patients with new onset HF who were hospitalized between 2009 and 2015 at 352 hospitals in the United States participating in the GWTG-HF registry. Overall, 39% were tested for CAD. Invasive testing such as angiography and PCI were used as often as noninvasive tests like ECG stress, nuclear, stress echo, cardiac MRI, and coronary CTA. In most cases, testing was performed during the index hospital stay rather than before or after.

Patients who underwent the testing were more likely than those who did not to receive other recommended care, either in-hospital or after discharge. This included flu and pneumonia vaccinations, evidence-based medical therapy, appropriate counseling services, and follow-up visits within 7 days of discharge.

When the researchers repeated the analysis excluding all patients with a prior history of CAD, the rate of CAD testing was 37%, and as in the full cohort it differed by LVEF status.

“We saw these low rates even at larger hospitals where they had fully functional cath labs that could provide revascularization or backup surgery,” DeVore said. “We saw it across all geographic regions. There are no easy answers to explain that.”

One thing that may help, he added, is for CAD testing to be added as a metric by health systems when tracking heart failure patients. “I think the next step is probably to embed it in existing quality improvement programs. Most of those are in hospitals, but there are plenty of heart failure groups that follow their own data closely,” DeVore said. “I do think it be worth trying to pilot this out to see if it actually led to meaningful change and improvements for patients.”

Statins May Have Protective Effect on Chemotherapy-Induced Cardiotoxicity

2 weeks ago
I am unable to find the pub full article. Can you forward to me? I have an AHA professional account and this article is not available. All I can download is the ACC "Abstract published last week. Is there a mistake in the reference? George W. Vetrovec, MD, MACC, MSCAI