Impella Use in Acute MI and Cardiogenic Shock: Clues From US Registry Data 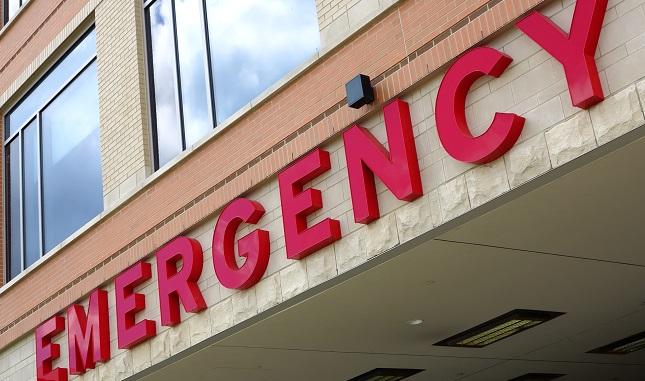 Despite a lack of large randomized trials clarifying when and in whom it might work best, use of Impella (Abiomed) for mechanical circulatory support in patients with acute MI complicated by cardiogenic shock (AMICS) has varied widely among US hospitals in recent years, nationwide registry data show. Centers that employed the device more had higher survival rates, with the volume disparity translating into a 46% absolute difference in survival between the lowest- and highest-volume quintiles.

The analysis, published recently in the American Heart Journal, also highlights a few other key messages for practice: namely, that use of Impella as a first-line versus salvage strategy as well as the use of invasive hemodynamic monitoring each translate into a higher likelihood that these complex patients will live past device explantation.

“It’s a very unique data set, because it’s kind of a comprehensive analysis of every Impella pump that was put in in the United States from 2009 to 2016,” lead author William W. O'Neill, MD (Henry Ford Hospital, Detroit, MI), told TCTMD. “These are basically all-comers, so it really gives us a very good snapshot,” he said, describing the differences in patient survival among hospitals as “huge.”

“What that says to me is that there is really a wide variation in care and case selection throughout hospitals,” O’Neill commented.

Amid the large data set, there are also hints that, as the device is gaining better output, survival is on the rise, he said.

But not everyone is convinced that the data, which come from a manufacturer-sponsored study, necessarily speak to a causal link between volumes and survival.

As William Suh, MD (David Geffen School of Medicine at UCLA, Los Angeles, CA), told TCTMD via email, one explanation for the volume-outcome relationship may be that higher-volume hospitals can better identify which acute MI patients with cardiogenic shock “have a chance at survival versus the patient that is so sick in whom any intervention would be futile.”

O’Neill and colleagues examined data from the IQ registry, which was initiated by Abiomed to track details on Impella’s uptake and outcomes at 1,010 US hospitals. From 2009 to 2016, 15,259 patients with AMICS received an Impella CP, Impella 2.5, or Impella 5.0 device (following earlier premarket 510(k) clearance, in 2016 all were approved by the US Food and Drug Administration for use in this setting).

Overall, 51% of the patients survived to explantation of their percutaneous ventricular assist device. Men were more likely to survive than women (56.2% vs 52.2%; P < 0.001), with mortality rising along with increasing age.

Survival was lower for those treated at hospitals in the lowest quintile of volume, which performed fewer than one case per year, compared with those in the top quintile, which did more than seven cases annually (30% vs 76%; P < 0.0001). At most hospitals, survival was between 45% and 65%.

Hemodynamic monitoring, which O’Neill et al note has shown mixed results in earlier studies, provides insight into cardiac power output and systemic perfusion. “Clinicians can use these values to make decisions concerning escalation of therapy or weaning of support,” they write. “The pulmonary artery catheter can also provide important data concerning right-heart ventricular performance and can aid in identifying the need for right ventricular support.”

That outcomes with first-line Impella use were superior isn’t surprising, O’Neill explained, noting that earlier registry data have indicated that the longer patients are in shock, the less likely they are to live.

Perhaps more interesting is that Impella CP was linked to better survival versus the Impella 2.5 (OR 1.28; 1.12-1.47). O’Neill said he could see a mechanism to explain this finding: the original device, Impella 2.5, provided 2.0 to 2.5 L of flow, whereas the upgraded Impella CP provides around 3.5 L of flow. “In patients that are in very profound shock or have a large body surface area, somebody that’s 80 kg or more, the 2.5 just really doesn’t provide enough forward cardiac support,” he commented, noting that his center no longer uses Impella 2.5.

The upward trajectory in survival from the less powerful 2.5 to the more powerful CP might even be a hint of Impella’s effectiveness, according to Ohman. “It would be akin to a dose-response in a pharmacological study.”

Suh, however, described this advantage of Impella CP over 2.5 as “hypothesis-generating” but not definitive.

“We want to believe that the associated survival benefit is due to the higher level of cardiac support that can be achieved with Impella CP because that would make logical sense, but it may not be causal,” he said. “Pre- and postprocedure critical care by a multidisciplinary team (we have implemented a shock team at my institution) may play an important role in improved survival. Patient selection is also a key factor.”

Suh said the prevailing view among cardiologists—as evidenced in a recent Twitter debate he initiated—is that Impella should prove its benefit in AMICS via a randomized controlled trial. “There are too many examples of ‘truths’ in cardiology being debunked in RCTs such as IABP in shock (IABP-SHOCK II), aspiration thrombectomy (TOTAL), and stenting in stable CAD (ORBITA) to name just a few,” he pointed out.

On Twitter, he said, “many cardiologists, myself included, expressed doubt that an RCT would happen for a variety of reasons including how to fund such a trial, difficulties in patient consent and enrollment, and lack of equipoise, especially amongst US cardiologists. But until and unless an RCT is done, the perceived benefit of Impella in AMICS is purely based on faith and skeptics will remain skeptical.”

With the wide variations in today’s Impella practice, O’Neill asserted it would be hard to design an RCT, and that in fact such a trial would be premature: “If physicians can’t agree that they’re going to use right-heart cath early and do the procedure early, what are you going to randomize to?”

Also, he said, “the therapy hasn’t been fully developed, so you could do a randomized trial of a technique that’s outdated by the time study has completed.” The National Cardiogenic Shock Initiative, a registry with 50 participating hospitals that aims for a consistent approach, may provide some clarity and be used to design a subsequent trial, O’Neill suggested.

As for whether—beyond the potential for no benefit—there could be risks with Impella, O’Neill conceded that the 14-Fr sheath can deter some operators wary of vascular complications.

That said, “we’ve seen some pretty dramatic lifesaving results,” he observed, adding, “If you do angioplasty with a balloon pump you get 50% survival. So, my answer to the critics is to say, ‘Okay, if you’re happy with your outcomes in shock that’s fine. Do what you’re doing. . . . But if you’re dissatisfied with 50% survival and you have to find something new, there’s something better, and that’s what we think Impella’s going to give.’”

Suh, for his part, also noted the possibility of major bleeding or vascular complications, given that Impella CP use involves large-bore femoral or axillary access. “Patients in cardiogenic shock already have tenuous hemodynamics and may not be able to survive a major vascular complication,” he said, mentioning hemolysis as another potential risk.

What’s key is that, “without an RCT, we don’t know for sure if we are helping or harming patients when using Impella,” he stressed. “We have to remember that Impella was already compared to IABP in the IMPRESS trial which showed no difference in survival, albeit the patients in this trial were extremely sick and most had [mechanical circulatory support] placed post-PCI.

“Abiomed is probably afraid that an RCT in AMICS could be negative, which in turn would affect their sales,” Suh continued. “For this reason, some have postulated that the company has little motivation to do an RCT since sales are booming at the moment.”

No doubt “many of us have at least one amazing anecdote of how the use of an Impella saved a patient’s life. But we have to remember that the plural of anecdote is not data, it is anecdotes. I hope one day we will see an RCT to prove Impella’s benefit in AMICS,” Suh said, noting that until then, registries must suffice.

Childhood Obesity Can Affect Cardiovascular Risk Even If Resolved by Adulthood

Outcomes for 15,259 US Patients With Acute MI Cardiogenic Shock (AMICS) Supported With Impella

Impella Has Some Benefits in High-Risk PCI, but Clinical Impact Still Uncertain: Review