Recent studies underscore the potential harms of O2 after MI or stroke. Experts now say it should not be started in patients with > 92% saturation. 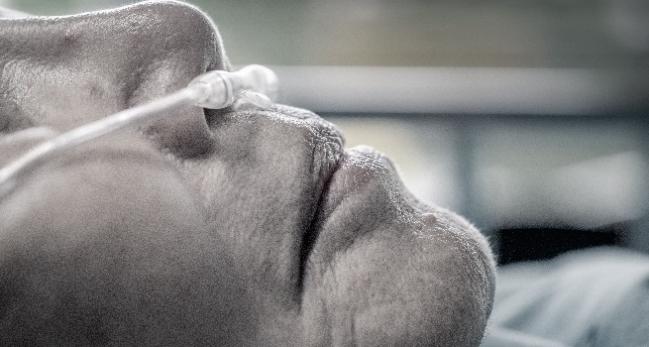 An expert panel is calling for caution when using in-hospital oxygen in critically ill patients and, specifically, advising that supplemental oxygen should not be started in MI or acute stroke patients who are above 92% saturation.

“Supplemental oxygen therapy is widely used in hospitals: 25% or more of patients who visit the emergency department receive oxygen,” the authors write. “Clinicians often give oxygen to many patients presenting with stroke without hypoxemia, and to almost all patients presenting with myocardial infarction. Until recently, many healthcare professionals believed that oxygen had little or no harm for acutely ill adults.”

The European Society of Cardiology guidelines changed following the original publication of DET02X-AMI in 2017 to recommend lowering the cutoff for administering oxygen therapy from < 95% to < 90% arterial oxygen saturation in STEMI patients, and the American Heart Association (AHA)/American Stroke Association 2018 guidelines recommend providing oxygen therapy to maintain a saturated oxygen level of > 94% in ischemic stroke patients. The 2013 AHA guidelines for STEMI management have not been updated and suggest that oxygen be provided to patients with levels < 90%, heart failure, or dyspnea. None of these guidelines provide an upper limit of arterial saturation as to when oxygen therapy should be stopped.

After reviewing 25 trials including more than 16,000 individuals, Siemieniuk and a panel including physicians, a surgeon, a nurse, and patients conclude that a strong level of evidence supports that for most patients, oxygen saturation should be maintained no higher than 96%. “This is because saturation above this level likely causes a small but important increased risk of death without plausible benefit,” they write. “It is probable that the optimal upper [peripheral capillary oxygen saturation limit (SpO2)] is lower than 96%, but exactly how much lower is unknown. Patients randomized to more liberal oxygen therapy typically achieved a SpO2 > 96%. The data from the trials provide only limited support for any particular upper threshold, including the 96% chosen by the panel.”

“In patients with myocardial infarction or stroke, there are probably no benefits to initiating oxygen therapy when SpO2 is > 92%, and it may cause harm,” Siemieniuk and colleagues write. “There may not be any benefits for patients with this lower SpO2 (90-92%). Fewer patients with this SpO2 range at baseline were included in the trials, so the panel had less certainty in the results. There is no evidence of benefit from supplemental oxygen initiated in patients with myocardial infarction and stroke whose SpO2 is ≥ 90%, but there exists at least a modest risk of harm.”

The panel did not feel that it had enough evidence to make recommendations for when oxygen should be started for any other medical conditions, such as infections or in neonates.

The first step in reducing oxygen use overall is to change administrative protocols, Siemieniuk told TCTMD. “Oxygen is given much too frequently, and there's not very much thought about who gets oxygen and how much,” he said. “I think that it comes from a belief that oxygen is at best harmless and can only be helpful. But clearly the new evidence is showing that it actually may be killing people, so it's important to pay attention.”

Primarily, a “culture change” is needed in the way the entire care team understands the potential risks involved with oxygen therapy, he stressed. “We need to start thinking of oxygen like any other intervention that we provide where it sometimes has benefit but also has harms.”

We need to start thinking of oxygen like any other intervention that we provide where it sometimes has benefit but also has harms. Reed A.C. Siemieniuk

Patients, the panel explains, “are unlikely to view the modest cost of oxygen as excessive, particularly in settings where they do not directly pay for their care.” That is partly why they recommend that providers offer “clearer information” when giving or opting not to give supplemental oxygen in order to “reduce anxiety and improve patient satisfaction.”

Future research should focus on the effect of supplemental oxygen in acute MI or stroke patients with oxygen saturation levels lower than 92%, they suggest. “The reasons why excessive supplemental oxygen increases mortality are uncertain. Excessive oxygen can lead to reduced cardiac output, vasoconstriction, inflammation, and oxidative stress,” the panel concludes. “In addition, excessive oxygen might lead to falsely reassuring SpO2 values and make it difficult to recognize when a patient’s condition worsens.”

“There's enough evidence now to unequivocally change how we practice,” Siemieniuk concluded. “There's still some questions about exactly when should we be starting oxygen, as all we can tell from the evidence is when not to start oxygen. . . . We need to do some studies to find out exactly when the right time is to start oxygen—how much lower than 90% it is.”

The panel plans to update their recommendations when new relevant research is published.