Drinking for “health reasons” should no longer be endorsed, the study’s senior author says. 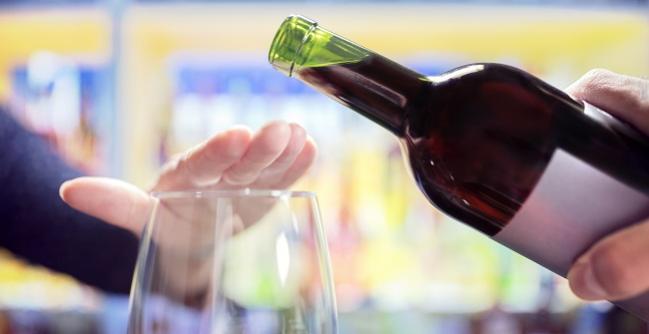 New research using genetic data suggests that the putative beneficial effects of moderate alcohol consumption on stroke risk are likely noncausal and complicated by self-reported intake. What’s more, drinking alcohol uniformly increases blood pressure and stroke risk but has little effect on MI, according to an analysis that used genes predictive of alcohol intolerance to better identify the link between alcohol intake and cardiovascular risk—stroke in particular.

“For stroke, I think it's very definitive that there's no protective association, contrary to previous beliefs or claims. So I think that's quite an important message,” senior study author Zhengming Chen, DPhil (University of Oxford, England), told TCTMD. “We're not saying you should not drink. Drinking has a lot of other pleasures, . . . but I think when you drink you do need to see that it is not for health reasons. Many people drink for health reasons, but this cannot be used as an excuse.”

A high proportion of East Asians carry two common genetic variants (ALDH2-rs671 and ADH1B-rs1229984) that affect alcohol metabolism. One accelerates the conversion of alcohol to acetaldehyde while the other slows its breakdown—alone or together the two variants “cause discomfort” when alcohol is consumed, such that carriers tend to limit the amount of alcohol they drink.

Because of this, Chen said, this is an ideal population in which to study the effects of alcohol on disease. “Having said that, the study is not about the genotype or about genetics in the Chinese—it's about alcohol,” he observed, adding that this means the results can be generalized to people outside of China as well as to a wide variety of alcoholic beverages.

For the study, published online April 4, 2019, ahead of print in the Lancet, Chen along with lead author Iona Millwood, DPhil (University of Oxford), and colleagues looked at more than 500,000 adults from the China Kadoorie Biobank, 161,498 of whom were genotyped for two variants that are known to change alcohol metabolization. While one-third of the men enrolled reported drinking alcohol moderately—100 g, or one to two drinks per week—only 2% of women did so.

In line with what has been observed in other studies, the self-reported alcohol intake of the male population had U-shaped associations with their incidence of ischemic stroke, intracerebral hemorrhage, and acute MI. Interestingly, those who reported moderate alcohol consumption had lower risks of all three diseases compared with those who didn’t drink or who drank more heavily.

Both self-reported and genotype-predicted alcohol intake similarly increased systolic blood pressure in men (P < 0.0001 for both).

Of the few women who reported drinking, their studied genotypes were not predictive of blood pressure, stroke, or heart disease.

The mechanism by which alcohol affects the body “is quite complex,” Chen said, acknowledging that much remains unknown about it. But these findings make it clear that there's not only no protective effect of moderate alcohol consumption on stroke risk, but also that it might even increase the chance of an event, he stressed.

Also, the findings demonstrate the value of “the approach we've used to address this question,” Chen said. “This can also be used for other settings and other conditions. . . . So, that's actually a quite exciting development. And certainly apart from randomized trials, now we have another approach which can help tease out the cause and effect association of moderate drinking.”

For MI, more work will be needed to identify the effects of alcohol consumption given that its prevalence is lower than stroke, he observed. “We still need to do more as well with prolonged follow-up with the genotype, but I think maybe within the next few years, we should be able to give a very, very clear answer.”

Given the findings of this study and another published last year, doing similar studies looking at the effect of alcohol consumption on adverse events “would be unethical,” according to Shiu Lun Au Yeung, PhD, and Tai Hing Lam, MBBS, MSc (The University of Hong Kong, China), who wrote an accompanying editorial.

Rather, “future conventional epidemiology studies of alcohol consumption and abstinence need to analyze the time-varying nature of alcohol use throughout the life course, with long-term follow-up to capture the cumulative effect of prolonged alcohol use and use trajectories,” they write. “Triangulating evidence from different study designs is needed. Randomized trials on quitting alcohol at different levels will be ethical, informative, and warranted.”

It’s time for alcohol to be regulated as tobacco currently is, Yeung and Lam argue. “At present, alcohol use is increasing in all countries,” they write. “The stage of alcohol epidemic model forewarns that alcohol-attributable diseases will continue to increase, even when alcohol prevalence has reached the peak (ie, 0% increase) and begins to decline. The lag between the peak of alcohol prevalence and alcohol-induced diseases, which could be several decades, might confuse policy makers, and be used by the alcohol industry and related interests to argue against more stringent control measures by claiming that moderate drinkers should not be deprived of the supposed health benefits. We need to learn from tobacco control and unite to advocate for a Framework Convention for Alcohol Control.”

Not disagreeing with the editorialists’ suggestions, Chen said their study did not aim to be a basis for regulation. “What we tried to do was generate reliable evidence for stroke,” he said, stressing that this is the “first really powerful evidence.”