Recent guidelines have moved closer to making this the top option in this setting, but aspirin still plays a (limited) role. 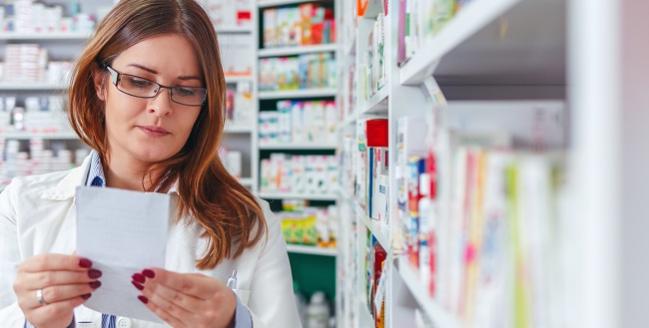 In patients with atrial fibrillation undergoing PCI, antithrombotic regimens involving a vitamin K antagonist (VKA) plus dual antiplatelet therapy (DAPT) should be avoided, whereas use of a non-VKA oral anticoagulant (NOAC) plus a P2Y12 inhibitor—without aspirin—may be the best option, an updated meta-analysis confirms.

The study, which appears this week in JAMA Cardiology, updates a prior meta-analysis published by lead author Renato Lopes, MD, PhD (Duke Clinical Research Institute, Durham, NC), and colleagues last year, also in JAMA Cardiology. That one combined data from the WOEST, PIONEER AF-PCI, RE-DUAL PCI, and AUGUSTUS trials. With the publication of ENTRUST-AF PCI last year, investigators could now add this fifth trial to the mix.

“ENTRUST-AF PCI was the smallest of the studies, so it was really unlikely that the overall results would change, but nevertheless we felt it was important to do this updated analysis,” Lopes told TCTMD. “And the results really did not change. So we can be sure that our initial results, now updated with the totality of evidence, make this really the most comprehensive and complete study of this field so far.”

The pooled trials allowed for comparisons of four combinations: a VKA plus DAPT (the long-time standard), a VKA plus a single P2Y12 inhibitor, a NOAC plus DAPT, and a NOAC plus P2Y12 inhibitor. The four different NOACs—apixaban (Eliquis; Bristol-Myers Squibb), dabigatran (Pradaxa; Boehringer Ingelheim), rivaroxaban (Xarelto; Bayer/Janssen Pharmaceuticals), and edoxaban (Savaysa; Daiichi Sankyo)—as well as the doses studied across these trials were considered to have comparable safety and efficacy for the purpose of the analysis.

Among the 11,542 pooled patients, the combination associated with a significantly reduced risk of TIMI major bleeding—the study’s primary safety outcome, compared against a VKA plus DAPT as the reference standard—was the NOAC plus P2Y12 inhibitor. Rates of these major bleeds were not significantly reduced among patients who received a NOAC plus DAPT or a VKA plus P2Y12 inhibitor, again with a VKA plus DAPT as the comparator. Rates of ischemic events did not differ.

“The findings of this study suggest that an antithrombotic regimen of VKA plus DAPT should generally be avoided, because regimens in which aspirin is discontinued may lead to lower bleeding risk and no difference in antithrombotic effectiveness,” Lopes and colleagues conclude. “The use of a NOAC plus a P2Y12 inhibitor without aspirin may be the most favorable treatment option and the preferred antithrombotic regimen for most patients with atrial fibrillation undergoing PCI.”

Commenting on the study for TCTMD, Davide Capodanno, MD, PhD (University of Catania, Italy), said: “For me the main message is really about the ischemic side of the story, because of course the reduction in bleeding is obvious.” Overall, the ischemic outcomes are really “not too bad” across more than 11,500 patients, he said. “So if someone wanted to put a patient on dual therapy, I think this is now evidence-based.”

Indeed, the dual-therapy approach in A-fib patients undergoing PCI is now supported by current US and European guidelines, given a class IIa recommendation in both.

The US atrial fibrillation guidelines, released in January 2019, give the same recommendation to dual therapy using a VKA plus a P2Y12 inhibitor as they do a NOAC and P2Y12 inhibitor. The European Society of Cardiology (ESC)’s chronic coronary syndrome (CCS) guidelines released last fall, however, recommend dual therapy with a NOAC over dual therapy with a VKA, but they specify that triple therapy with aspirin, clopidogrel, and an oral anticoagulant should be considered for a month or more if the estimated risk of stent thrombosis exceeds the anticipated risk of a bleed. On the flip side, say the ESC CCS guidelines, for A-fib patients following “uncomplicated PCI,” early cessation of aspirin (< 1 week) and continuation of dual therapy using an oral anticoagulant and clopidogrel can be considered if the risk of stent thrombosis is low, or if concerns over bleeding prevail.

Both of these documents came out before the release of ENTRUST-AF PCI.

Capodanno pointed out that an update to the European A-fib guidelines are expected at this year’s ESC meeting in late August. “And we will see whether they will make an upgrade to select one option over the other, or where they will still go with what was known at the time of the CCS guidelines,” he said.

Taking all of the recent trials and analyses together, said Lopes, a complete picture emerges. “What we’ve learned is that for most patients, during the acute phase and up until hospital discharge, you should use aspirin. But by the time patients are stable and ready to go home—6 or 7 days—a P2Y12 inhibitor and a NOAC at the appropriate dose for stroke prevention is enough.” In a few patients, where the risk of stent thrombosis seems to be very high, it’s reasonable to keep patients on aspirin for at least 30 days, he said. Beyond that, based on an analysis Lopes and colleagues previously published in Circulation, the risk of bleeding supersedes and benefit in reducing stent thrombosis.

Unfortunately, the guidelines are lagging behind. Renato Lopes

“For the first week, the first month, the first year, and after the first year—now we have good data for all of those time lines as to how to treat these patients,” Lopes said. “Unfortunately, the guidelines are lagging behind, but we are currently working on an update consensus document for North America and we will incorporate all of this data into that consensus statement.”

As for whether there might be any differences between the different NOACs in this setting, that’s a study that no NOAC manufacturer has any interest in doing, Capodanno observed. Large, prospective, real-world registries, such as those being done by the Swedish Coronary Angiography and Angioplasty Registry, might be the best place to get this kind of comparative data in the future, he suggested.

“The truth is, in my opinion, there is not really a compelling case for choosing one [NOAC] over the other. Typically, if the patient is already taking a NOAC before stenting, then they can continue with that NOAC,” Capodanno said. “And if the atrial fibrillation is new onset, or [they are] switching from a VKA, then I would follow the same principles that I use normally in selecting a NOAC,” regardless of the fact that the patient also has a stent.

Focus on Diversity Boosts Number of Women Speakers at ISC

Off Script: The TWILIGHT of Aspirin? A Brief History of ASA’s Rise and Fall