Data from two trials demonstrate fewer events in those at intermediate-to-high risk of clots when apixaban or rivaroxaban is used. 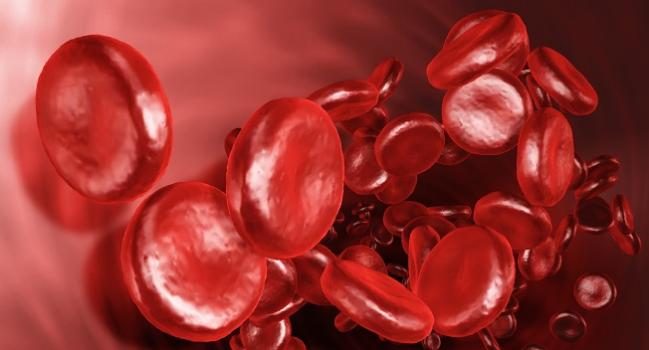 Daily therapy with a non-vitamin K antagonist oral anticoagulant (NOAC) can dramatically lower the incidence of venous thromboembolism (VTE) in patients with cancer who are at moderate-to-high risk for developing a clot, according to the results of two new studies. One tested apixaban and the other focused on rivaroxaban.

Clinical practice guidelines do not recommend thromboprophylaxis for patients with cancer in the outpatient setting, reserving it for hospitalized medical and surgical patients during the in-patient stay and for a brief period after discharge.

But the authors of a paper published online December 4, 2018, in the New England Journal of Medicine, led by Marc Carrier, MD (University of Ottawa, Canada), say preventing VTE in ambulatory cancer patients is equally important because once it develops, treatment options become challenging and can further increase the risk of bleeding. For their study, they used the Khorana score to identify those at greatest risk of VTE who might benefit from apixaban therapy during their cancer treatment.

Alok Khorana, MD (Cleveland Clinic, OH), developer of the score, agreed that this type of prophylaxis is important. “[VTE] is very consequential for cancer patients,” he told TCTMD. “These are not simple events and some of them, like pulmonary embolism, can be life threatening.”

Carrier and colleagues found that higher-risk cancer patients who took 2.5 mg of apixaban twice a day for about 6 months had less than half the rate of VTE compared with patients who took placebo (4.2% vs 10.2%; P < 0.001) and were about three times less likely than those on placebo to develop pulmonary embolism (1.7% vs 5.8%). One patient in the placebo group who did develop pulmonary embolism died six days after being diagnosed.

Khorana said evidence is accumulating that NOACs offer a way to provide needed protection while overcoming some of the previous challenges of attempting heparin-based primary thromboprophylaxis in patients with malignancies.

“Cancer patients already have such a burden of treatment and to ask them to do daily self-injection for 6 months is a bridge too far,” he said.

Lower Rate of VTE Than Placebo

For the AVERT trial, Carrier and colleagues randomized patients from 13 centers in Canada who had solid tumors or lymphomas to apixaban (n = 291) or placebo (n = 283) beginning 24 hours after their first dose of chemotherapy and continuing for a median of 157 days. All had a baseline Khorana score of 2 or higher, indicating intermediate-to-high risk of VTE.

The adjusted odds ratio for VTE associated with apixaban versus placebo was 0.39 (95% CI 0.20-0.76). During the treatment period, the apixaban group experienced more major bleeding (2.1% vs 1.1%; HR 1.89; 95% CI 0.39-9.24), with a number needed to harm of 100. According to Carrier et al, the difference in bleeding risk between treatment groups was mainly attributable to more GI bleeding, hematuria, and gynecologic bleeding in the apixaban group and “is consistent with the results of previous studies of direct oral anticoagulants involving patients with active cancer.” Those with GI and gynecologic cancer, in particular, were more prone to major bleeding. No patients experienced fatal bleeding or bleeding into critical organs.

The rates of clinical relevant nonmajor bleeding were 7.3% in the apixaban group and 5.5% in the placebo group (HR 1.28; 95% CI 0.98-1.71). The researchers note that the rate seen in the apixaban patients is “lower than previously reported rates among patients with cancer with a Khorana score of 3 or higher who received thromboprophylaxis over a 3-month period.”

Mortality occurred in 12.2% of apixaban patients and 9.8% of placebo patients (HR 1.29; 95% CI 0.98-1.71), with the investigators saying the lack of significant difference likely is due to the advanced stage of cancer in many patients.

Asked how much impact the Khorana score may have had on refining patient selection for thromboprophylaxis, Khorana said, “I think it had a huge impact." A similar prior trial that did not adjust for severity of risk, he noted, showed only modest reductions in VTE events, highlighting the importance of careful patient selection.

This week at the American Society of Hematology annual meeting in San Diego, CA, Khorana presented data from another study that used a Khorana score of 2 or higher to randomize patients to once-daily rivaroxaban or placebo for VTE prevention.

In the trial, known as CASSINI, VTE events were reduced in the rivaroxaban group relative to placebo (5.95% vs 8.79%; HR 0.66; 95% CI, 0.40-1.09) and bleeding was not significantly increased, with a number-needed-to-harm for major bleeding of 101. While there was no mortality benefit of thromboprophylaxis seen in AVERT, the CASSINI results suggest otherwise. A prespecified composite including the primary endpoint of VTE prevention plus all-cause mortality occurred in 23.1% of the rivaroxaban group and 29.5% of the placebo group (P = 0.03)

CASSINI also highlights the uncertainty over the length of time that cancer patients require protection from VTE, since events began to increase when rivaroxaban was discontinued. To TCTMD, Khorana said the lack of data in this area looms large. His own preference, he added, would be to use the Khorana score to measure VTE risk again at the end of chemotherapy and if it still high, to continue the patient on the agent, whether it is apixaban or rivaroxaban.

“Given the findings of both AVERT and CASSINI, I think there is now a strong case to be made for primary prevention,” Khorana said. “Either [drug] could be used, in my opinion.”

1 year ago
Our recent qualitative study shows that cancer patients find injected anticoagulants acceptable in the context of cancer, especially when given support to overcome initial anxieties-6 months of injections is not a bridge too far, but they do need support. For more on this please listen to our podcast https://journals.sagepub.com/doi/suppl/10.1177/0269216318815377