A draft document, now open to public comment, says there is not enough evidence to support these tools on top of traditional CVD risk assessment. 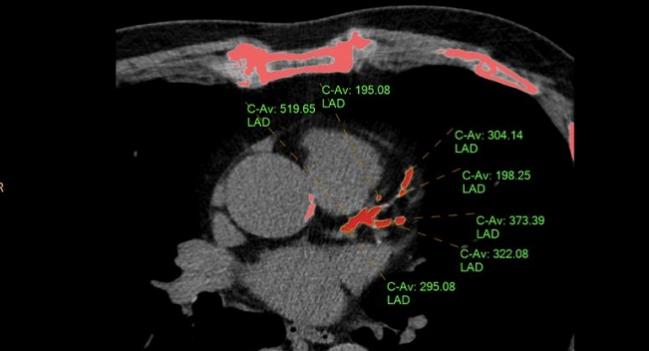 The US Preventive Services Task Force (USPSTF) has concluded that there is not enough published data to support the use of ankle-brachial index (ABI), high-sensitivity C-reactive protein (hsCRP), or coronary artery calcium (CAC) scores to assess CVD risk in people with no previous coronary artery disease diagnosis, according to draft recommendations issued yesterday.

“The USPSTF concludes that the current evidence is insufficient to assess the balance of benefits and harms of using the ABI, hsCRP, or CAC score in risk assessment for CVD in asymptomatic adults to prevent CVD events,” the preliminary recommendations state.

The draft document considers both the benefits and harms of these “nontraditional” risk assessment tools as an adjunct to the Framingham Risk Score (FRS) or the Pooled Cohort Equations (PCE).

Potential harms of screening noted by the task force were restricted to CAC screening and included radiation exposure and add-on tests triggered by false-positive scores, most notably coronary angiography.

A number of cardiologists have taken to #CardioTwitter, calling on physicians to take advantage of the public comment period.

I second this- CAC scoring in integral in optimal management of patients at risk for CV disease. #CAC please lend your voice to those concerned docs #Cardiotwitter https://t.co/gfFK6eOuap

Speaking with TCTMD, Ryan Daly, MD (Franciscan St. Francis Health, Indianapolis, IN), zeroed in on the document’s position on CAC scoring, which he called “probably one of the strongest tools we have in our armamentarium for diagnosing coronary artery disease,” adding that a score of 0 identifies people who are not at risk or at very low risk with a “warranty period of 10 years or more.”

He questioned the USPSTF’s interpretation of the data, as well as their motives. “I think they're trying to do this in the most cost-effective manner, but [CAC] isn't terribly expensive,” said Daly. “They are worried about the potential risks in terms of downstream coronary angiography, but just because you have CAC doesn't mean you need a heart cath, and I think that's been shown time and time again.” Moreover, he continued, radiation dose is also minimal when the screening test is “done well,” typically less than 1.5 mSV. “So it's really not a substantial amount of radiation compared with other screening modalities,” Daly said.

“I really think that [the USPSTF] are missing the boat on this. I have my own biases—I do direct a cardiac CT and MRI program, so that's a disclosure—but I also read the literature and I know the power of calcium scoring compared to what we're using now.”

While interest in ABI has waned in recent years, the same cannot be said for CAC and CRP. A number of studies published in the last year have supported the role of CAC as an add-on test both in younger and older patients. CRP has also enjoyed a banner year, following the publication of the 10,000-patient CANTOS trial. The study showed that treatment with canakinumab reduced the risk of cardiovascular events among patients with prior MI and elevated CRP. Subsequent analyses from CANTOS indicated that measuring CRP’s response to treatment could help identify who would benefit most from the anti-inflammatory agent.

Asked to comment on the USPSTF draft document for TCTMD, CANTOS principal investigator, Paul Ridker, MD (Brigham and Women’s Hospital, Boston, MA), said only that the recommendations were “a missed opportunity.”

Daly, likewise, also believes CRP has a role to play, adding that one unfortunate consequence of the USPSTF recommendations, intended to guide physicians, is that they are instead misinterpreted by insurers and payors. “There is clinical utility to a lot of these different biomarkers and when you're trying to come up with the closest estimate of risk . . . things like high CRP and inflammation have to point to an at-risk patient.”

Patients themselves, he added, also want to have as much information as possible in order to participate in shared-decision-making with physicians about managing their risk profiles.

The USPSTF document reviewed 10 articles relating to risk prediction using ABI, 25 articles for hsCRP, and 19 articles for CAC scores, with some studies addressing all three measures. Reviewers ultimately concluded that only one study addressed the impact of risk prediction testing on clinical outcomes—one using CAC score on top of traditional risk prediction tools. The study concluded that there was no difference in CVD outcomes between the groups. The USPSTF found no studies looking at ABI or CRP on top of established prediction tools. In addition, said the task force, no studies were found to support the benefit of any of the three measures on top of traditional risk assessment tools for guiding decisions about specific interventions.

The new recommendations are intended to replace a 2009 document also addressing nontraditional risk factors for CVD used in addition to the FRS. The current draft document represents the first time the PCE have been included alongside the FRS. The PCE, used to estimate the 10-year risk of CVD, were launched in 2013 as part of a bundle of practice guidelines released by the American Heart Association and the American College of Cardiology.

A public comment period on the draft recommendations is now open until February 12, 2018.