Failing organs portend a grim prognosis in cardiogenic shock. What proportion of deaths are preventable with earlier intervention remains unknown. 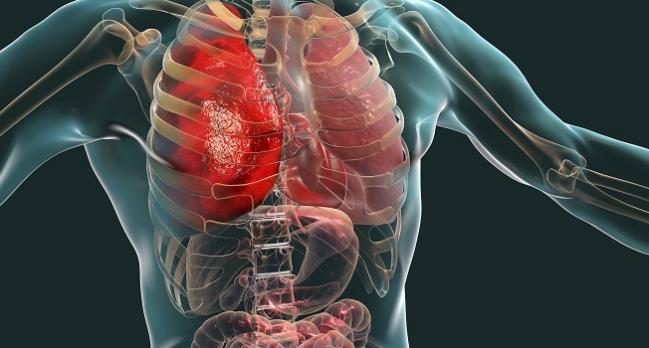 Nearly two-thirds of patients with acute MI complicated by cardiogenic shock have some form of noncardiac organ failure and this complication is on the rise, according to the results of a new study.

“It’s a very complex interplay of both central hemodynamics, pump failure, and organ failure with microcirculatory abnormalities,” said lead investigator Saraschandra Vallabhajosyula, MBBS (Mayo Clinic, Rochester, MN). This latest analysis, he added, shows that “organ failure trumps all in that if you have organ failure, PCI or no PCI, patients are going to face a grim prognosis.”

In their study, which was published online today ahead of print in the Journal of the American College of Cardiology, the researchers note that acute MI with cardiogenic shock is associated with in-hospital mortality rates ranging from 30% to 45% despite early revascularization. Although mortality is lower than it was in the early 2000s, the rate has remained relatively stable over the past 10 years.

To TCTMD, Vallabhajosyula said acute MI with cardiogenic shock and organ failure may start in the catheterization lab, but the problem spills into the cardiac ICU. While acute MI with cardiogenic shock is primarily a pump problem, it spirals into a metabolic insult with persistent hypoperfusion and causes a more distributive shock. The end result is concomitant respiratory, renal, hepatic, neurological, or hematologic failure.

“In many of the shock states, like septic shock or postcardiotomy shock, it’s very well established, but there is limited data with cardiogenic shock,” said Vallabhajosyula. “For the longest time as cardiologists, we believed the problem was the coronaries and if we fix the coronaries these patients will get better. Unfortunately, nearly 45% of patients who have their coronaries fixed and have normal central hemodynamics still die. So clearly there is an additional insult in the form of microcirculatory abnormalities.”

Using data from the National Inpatient Sample, the researchers identified more than 9 million acute MI admissions between 2000 and 2014. Of these, 444,253 admissions (4.6%) were cases complicated by cardiogenic shock. Within this group, acute noncardiac organ failure was documented in 285,761 admissions (64.3%). For the patients with organ failure, 141,634 had failure of two or more organ systems. Respiratory failure and renal failure were two most common systems affected in this setting.

Alexander Truesdell, MD (Virginia Heart, Arlington), who is the co-director of the cardiogenic shock service team at Inova Health System, said the results are in line with what they have observed in clinical practice: progressively sicker patients over time with more comorbidities and a definite relationship between organ failure and mortality.

“The unknown here, which we have been trying to address clinically in our system, is: how much of this mortality and morbidity is preventable by earlier detection and earlier therapy and how much is nonpreventable death?” he said. “Death is more likely to be nonpreventable once patients manifest with multiorgan failure. Interestingly, a large proportion of patients develop cardiogenic shock after hospital admission, which really highlights the potential of earlier/better detection and earlier therapy.”

As part of their cardiogenic shock protocol, Truesdell said they aim to recognize cardiogenic shock early, ideally before the development of noncardiac organ failure. If shock is suspected, ACS patients are routed to cath lab for coronary angiography and right heart catheterization. If the hemodynamic criteria for cardiogenic shock are met, the patient is treated with coronary revascularization and mechanical circulatory support to stem the progression of cardiogenic shock to a more distributive metabolic insult. In the cardiac ICU, there is ongoing hemodynamic assessments and serial assessments of end-organ perfusion to determine who is thriving or failing.

In an editorial accompanying the paper, David Morrow, MD (Brigham and Women’s Hospital, Boston, MA), notes that multiple interventions to reduce the “systemic sequelae” of shock have been tested and failed. A core principle of treatment is to intervene before the patient progresses to irreversible noncardiac organ dysfunction.

“It is attractive to think, but as yet unproven, that the provision of early hemodynamic support, possibly including pre-reperfusion conditioning, can enhance myocardial recovery and mitigate end-organ damage,” he writes. “Intra-aortic balloon counterpulsation in [acute MI with cardiogenic shock] is now known not to improve mortality or organ function. However, temporary mechanical circulatory support with devices capable of greater increases in cardiac output have the potential to improve outcome and require definitive prospective studies to establish their clinical effectiveness.”

Less Use of Coronary Angiography and PCI

There are multiple reasons patients with acute MI complicated by cardiogenic shock and multiorgan failure are less likely to undergo angiography and PCI, said Vallabhajosyula. Physicians may suspect the patient is “too far gone” to have any clinical benefit, but he suggested public reporting of clinical outcomes might also play a role. “There is an inherent fear to take these patients to the lab because you know you’re starting on the back foot already,” he said. “You know these patients aren’t going to do well, and there might be a fear it’s going to count against you.”

Truesdell noted that while issues around prognosis and public reporting might be at play, some centers might not have all the available tools to treat ACS patients complicated by cardiogenic shock and organ failure.

“At our hub, we have full spectrum shock therapy so our threshold for aggressive therapy is likely different than a smaller facility with fewer resources,” he said. “But we have also worked to build a hub-and-spoke network so that within our geography, even if a patient presents to a hospital with fewer resources or capabilities, we aim to ship them to our hub as soon as possible. Our site focuses on early, aggressive therapy, and I think our outcomes validate this approach.”

For cardiogenic shock patients, Vallabhajosyula added that the only thing shown to reduce the risk of death is early revascularization. There are some data about emerging protocols, such as the multidisciplinary team-based approach for managing cardiogenic shock, but there is a need for more robust data before committing to a single pathway, he said.

“The goal is to prevent organ failure, to make sure we do the right things ahead of time,” said Vallabhajosyula. Once organ failure has set in, given the poor prognosis, there needs to be early proactive involvement of palliative care physicians. In doing so, there can be a discussion about the patient’s treatment goals given its limited value, which would allow them to make choices toward a dignified death, added Vallabhajosyula.

My Takeaways From ACC 2019: Breaking With Embargoes? Despite the Drama, Embargoes Set to Stay