Pacemakers and Paravalvular Leak With Lotus: Updates From REPRISE III

Investigators have taken a closer look at two of the trial’s outlier findings, but observers say subanalyses are not enough to answer their questions. 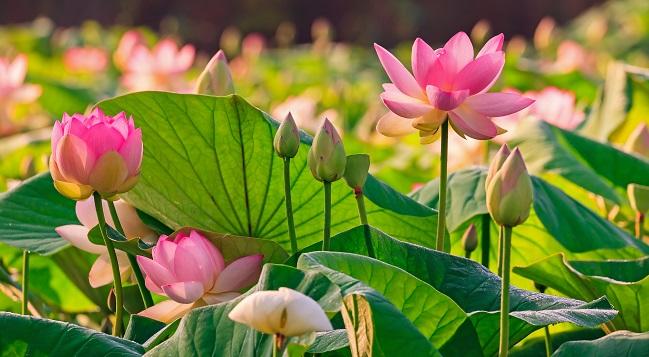 LONDON, England—Investigators for the REPRISE III trial testing the Lotus transcatheter valve system (Boston Scientific) have taken a closer look at two of the outlier findings that generated much of the discussion following the trial’s presentation earlier this year.

As previously reported by TCTMD, REPRISE III demonstrated that the Lotus is noninferior to the CoreValve first-generation and Evolut R valves (Medtronic) in terms of safety and superior for the primary efficacy endpoint of death, disabling stroke, and moderate or greater paravalvular leak at 1 year. The composite safety endpoint, however, did not include pacemaker implantations, which were a stunning 35.5% with the Lotus versus 19.6% in the combined CoreValve group (P < 0.001). On the other hand, the composite efficacy endpoint appeared to be driven primarily by the reduction in moderate/severe paravalvular leak (2% vs 11.1%; P < 0.001).

In the first, Raj Makkar, MD (Cedars-Sinai Heart Institute, Los Angeles, CA), and colleagues looked at paravalvular leaks stratified by calcium burden. The Lotus, Makkar noted, is specifically designed to perform well in calcified disease—the repositionability allows it to be optimally placed with regard to calcium deposits while the small cell, braided nitinol frame “conforms to rigid calcium” and the “adaptive seal” technology is intended to help the valve conform to irregular surfaces.

Core-lab quantification by CT angiography calculated calcium burden by imaging the annulus, leaflets, and left ventricular outflow tract. Patients were then categorized by calcium load across tertiles, such that those with calcium ≥ 795.3 mm3 were considered to have “high” calcium burden. A total of 98 out of 297 CoreValve patients and 195 out of 577 Lotus valve patients fell into this group.

At 1 year, moderate/severe PV leak was significantly greater among CoreValve versus Lotus patients identified as having high calcium burden, a difference that was not significant when the two valve groups with low calcium burden were compared.

“These data suggest TAVI with the Lotus valve may be beneficial in treating patients with severe aortic stenosis and high calcium burden,” Makkar concluded.

Several observers have suggested that better implantation will help trim back the need for pacemakers with the Lotus. Digging into this theory, Meduri presented an analysis comparing patients treated early in the trial versus those treated later on, when techniques were more polished. While the need for a pacemaker appeared to drop numerically as experience grew, the differences did not meet statistical significance.

“No association was seen between new pacemaker implant and worse clinical outcomes,” Meduri said in his concluding remarks. “Device iterations and improvements in technique will potentially lower the permanent pacemaker rate.”

Experts who spoke with TCTMD following the two presentations seemed underwhelmed by the new analyses.

Philippe Généreux, MD (Morristown Medical Center, NJ), observed that it’s already well known that the CoreValve devices do not have the radial force to compete with rigid calcium, whereas the Lotus “is probably the best fit so far” in the setting of high calcium burden. However, since surgeons typically remove the calcium during valve replacement procedures, interventionalists will need to employ additional tools and skills if TAVR is going to compete with surgery in highly calcified valves, he said.

Different techniques and devices are already being explored that can help fracture or soften the calcium, Généreux noted, adding that interventionalists who underestimate calcium do so at their own peril. “Calcium is the biggest problem for TAVR,” he warned. “It’s associated with paravalvular leak, with pacemaker implantation, with stroke, and it’s probably going to be associated with earlier valve degeneration due to valve underexpansion.”

Ganesh Manoharan, MD (Royal Victoria Hospital, Belfast, Ireland), a panelist in the session where Makkar presented the calcium burden analysis, compared the Lotus valve to a car that’s designed to perform in a certain way. “So no one is surprised when it drives the way it was designed to drive,” he told TCTMD.

He also pointed out that both the impressive reduction in paravalvular leak as well as the high pacemaker use with Lotus occurred in a highly controlled, clinical-trial setting where device proctors were helping the implanting physicians get the best possible placement with the experimental valve, but not necessarily with the CoreValve devices. This discrepancy should also be considered when interpreting the results, he said, noting that at his own institution, pacemaker rates are roughly half what was seen with the CoreValve in REPRISE III.

Following Meduri’s pacemaker presentation, panel members debated whether some of the patients may not have actually needed a permanent pacemaker in the study, which might help explain the high numbers. Martin Leon, MD (NewYork-Presbyterian/Columbia University Medical Center, New York, NY), who co-chaired the session where Meduri presented his analysis, told TCTMD that while it’s possible some patients did not need a permanent pacing device, it’s “very hard to know.” The fact that LVEF was lower among the pacemaker-implanted patients suggests these were indeed needed, he added. “Even if you only need it once in 6 months, if that one time it’s asystole, that’s lifesaving.”

For Lotus to truly be a player, pacemaker rates need to come down. Raj Makkar

Lastly, Leon said he remains unconvinced that Meduri’s data pointing in the direction of lower pacemaker implantation with better experience, calling it a “wishful-thinking analysis.”

“I’m certain that they’ll improve the technique and get the pacemaker rate down, but what that floor is going to be, I don’t know,” Leon said. “It’s not going to be 30%, but is it going to be 20%? 15%? Frankly, until they do enough patients using the [newer-generation valve with] ‘depth-guard’ for me to really feel that they have a stable pacemaker rate with a reasonable sample size, this is going to be a hard sell.”

Makkar, also speaking with TCTMD, stood firm on his stance that patients with high calcium burden do well with Lotus and that, in some patients, the high pacemaker risk may be a worthwhile trade-off. Preliminary data with the Lotus Edge device, which incorporates the depth guard, suggests that pacemaker use falls to around 10%. “If this bears out in a large data set then we are truly talking about a good balance between reducing paravalvular leak and pacemaker implantation,” he said.

But for now, Makkar agreed, “pacemaker rates of 30% are really not acceptable, especially as you move to intermediate- and low-risk patients. For Lotus to truly be a player, pacemaker rates need to come down.”