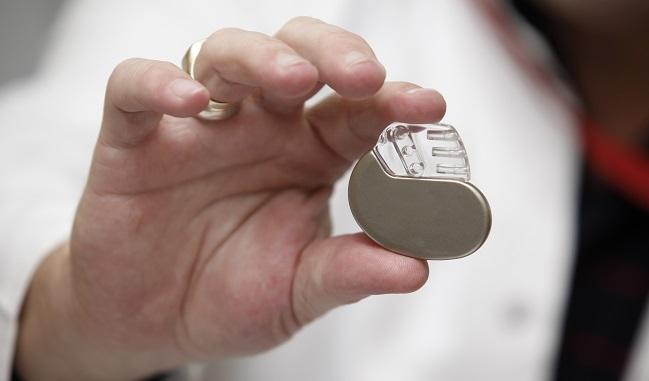 Taking on the controversy over the use and impact of permanent pacemakers (PPMs) after TAVR, a new meta-analysis has found that their implantation does not raise the risk of patients dying or experiencing MI or stroke. Even so, PPMs are linked to less robust LVEF recovery, which researchers say bolsters previous reports.

“Our research is reassuring in that it does not show any increased risk of adverse clinical outcomes in patients receiving pacemakers after TAVR. This will help interventional cardiologists assess the risk of adverse outcomes in patients undergoing TAVR and identify those who are at maximum risk,” senior author Samir Kapadia, MD (Cleveland Clinic, OH), wrote in an email to TCTMD. “Based on our findings, we would also encourage the use of biventricular pacemaker whenever possible,” he added.

Patients who received a PPM had largely the same benefits from TAVR as did those who did not require permanent pacing, the study showed. “Pacemaker implantation is a common postprocedural event after TAVR and is required in between 10-40% of patients undergoing TAVR.” Divyanshu Mohananey, MD (Cleveland Clinic), the study’s lead author, told TCTMD in an email.

In their paper, Mohananey et al point out that even as TAVR has progressed, PPM use has held steady.

Patients With PPM Worse Off When It Comes to LVEF

The analysis, published recently Circulation: Cardiovascular Interventions, involves 23 studies, all of which were published between 2010 and 2016. In total the data set included more than 20,000 patients and about 2,500 PPM implantations.

The risk of adverse events, including all-cause and cardiovascular death as well as MI and stroke, did not differ at 30 days or 1 year between patients with versus without PPMs.

Yet patients without PPMs demonstrated greater gains in LVEF following TAVR than did those who had a PPM implanted (standardized mean difference 0.22; 95% CI 0.12-0.32).

In the accompanying editorial, Anna Franzone, MD, PhD (Bern University Hospital, Switzerland), and Stephan Windecker, MD (Bern University Hospital), say that the difference in LVEF recovery must be kept in context. “[I]t should be noted that the majority of patients had normal or preserved left ventricular ejection fraction at baseline explaining the apparent disconnect between the lack of recovery in left ventricular function in the PPM group and clinical outcomes in terms of all-cause mortality,” they note.

“Early reduction of left ventricular mass as a result of ventricular unloading after TAVI has been associated with a reduced risk of rehospitalization for heart failure,” the editorialists add. “The impact of this phenomenon on long-term clinical outcomes, as well as of its modification by chronic pacing, is the subject of ongoing investigations.”

Commenting on the paper to TCTMD, M. Chadi Alraies, MD (Georgetown University MedStar Washington Hospital, Washington DC), pointed to some of the pitfalls of trying to understand pacemaker performance from a meta-analysis. For example, some of the papers did not report percentage of ventricular pacing, Alraies noted. “Is the patient getting paced 20% of the time, 50%, or is the patient completely dependent 100% of the time postimplantation? This data was missing from the systematic review.”

The proportion of time spent dependent on the pacemaker may be important for LVEF, Alraies explained. “The more you pace the ventricle, the more there’s a higher chance for the ventricle to give up or get weaker down the line or what you call pacemaker induced cardiomyopathy, but surprisingly the rate was low at 1-year follow-up.”

The paper also failed to include any pacemaker complications or pacemaker-induced cardiomyopathy, particularly beyond 1 year, Alraies said.

Kapadia told TCTMD that he and his colleagues have other research underway. “We are working on several simultaneous retrospective cohort studies with granular data to better understand the mechanism of poor ejection fraction recovery in patients with pacemakers, and to identify the cohort of patients amongst those receiving pacemakers who are [at] maximum risk of poor ejection fraction recovery,” he said.