PLATO paved the way for ticagrelor in ACS, but clopidogrel remains an option in elderly patients, particularly if they’re frail. 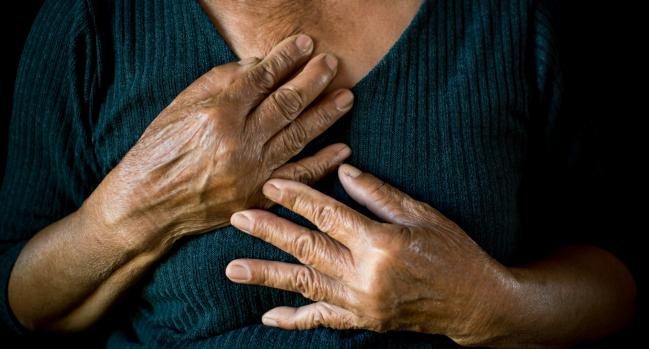 PARIS, France—Older patients with non-ST-elevation acute coronary syndrome treated with ticagrelor (Brilinta; AstraZeneca) are at a significantly increased risk of bleeding when compared with patients treated with clopidogrel and this heightened risk is not offset by a reduction in thrombotic events, according to the results of the POPULAR AGE trial.

While investigators suggest that clopidogrel may be the preferred treatment option in these older NSTE ACS patients, they also stress the importance of patient-specific antiplatelet therapy.

“I think age is an important factor to consider with clopidogrel,” lead investigator Marieke Gimbel, MD (St. Antonius Hospital, Nieuwegein, the Netherlands), told TCTMD following her presentation during a late-breaking science session at the European Society of Cardiology Congress 2019. “Of course, you also need to look at the patient in front of you to weigh the bleeding and thrombotic risks. Elderly patients are not all the same—frailty is an important indicator—so it’s not just a clear cutoff.”

“This study shows us that we now have two options,” added senior investigator Jurriën ten Berg, MD (St. Antonius Hospital), to TCTMD. “We previously thought that all patients, regardless of age, should be treated with ticagrelor based on the PLATO trial. This study shows us there is another option—that’s clopidogrel. I’m not sure we’re going to treat all patients older than 70 years with clopidogrel because care needs to be individualized.”

In the PLATO trial, which was published 10 years ago in the New England Journal of Medicine, treatment with ticagrelor reduced the risk of death from vascular causes, MI, or stroke in patients with ACS with or without STEMI when compared with clopidogrel. Treatment with ticagrelor was not associated with an increase in major bleeding, but investigators did observe an increase in the risk of nonprocedural-related bleeds. Similarly, in the TRITON-TIMI 38 study, ACS patients treated with the more potent P2Y12 inhibitor prasugrel also had a reduced risk of ischemic events compared with clopidogrel, including stent thrombosis, but a greater risk of bleeding and fatal bleeding.

On the basis of those two large trials, the current ESC guidelines for the management of patients with ACS state that a P2Y12 inhibitor on top of aspirin is recommended for at least 12 months. Ticagrelor is preferred for all patients at moderate-to-high risk for ischemic events regardless of the initial treatment strategy while prasugrel is recommended in patients proceeding directly to PCI (both are class I, level of evidence B recommendations). Clopidogrel, on the other hand, is reserved for patients who can’t tolerate ticagrelor/prasugrel or who require anticoagulation.

Speaking during the ESC session, Gimbel noted that elderly patients have been largely excluded from clinical trials. In TRITON-TIMI 38 and PLATO, for example, just 13% and 15% of patients were 75 years and older—the median age was approximately 61 years—and yet registry data suggest that more than one third of NSTEMI patients are 75 years and older.

In the POPULAR AGE study, investigators randomized 1,003 elderly patients (≥ 70 years; median age 77) with NSTE ACS to clopidogrel 75 mg once daily or a more potent P2Y12 inhibitor. For the study, treating physicians could choose between ticagrelor 90 mg twice daily or prasugrel 5-10 mg once daily, but the vast majority opted for ticagrelor (just 2% of patients were treated with prasugrel). Adherence in the trial varied, with 76% of patients adhering to clopidogrel and 51% sticking with ticagrelor. The most common reasons for stopping ticagrelor/prasugrel were bleeding, which was counted toward the primary endpoint, initiation of oral anticoagulation, or dyspnea.

Regarding efficacy, there was no significant difference in the risk of death, MI, or stroke between the two treatment arms (12.8% with clopidogrel vs 12.5% with ticagrelor/prasugrel). In an analysis that focused on the net clinical benefit of treatment—one that included death, MI, stroke, and PLATO major and minor bleeding—there was a 3.4% absolute reduction in risk with clopidogrel but the difference was not statistically significant based on the noninferiority threshold established by the researchers. Gimbel noted that the subgroup analyses of patients with diabetes, prior MI, renal function, age, and gender all showed trends favoring clopidogrel, “adding to the robustness of the [overall] results.”

Age is Just a Number

Asked by session moderator Pascal Vranckx, MD (Hartcentrum Hasselt, Belgium), why they focused on the two antiplatelet agents, especially since the vast majority selected ticagrelor, Gimbel said their goal when designing the trial was to allow physicians to closely adhere to daily clinical practice.

Philip Aylward, BMBCh, PhD (Heart & Vascular Institute, Adelaide, Australia), who was not involved in the study, said that patients are going to bleed more with ticagrelor compared with clopidogrel so the results aren’t too surprising. In terms of efficacy, the trial is simply too small to assess thrombotic events with treatment. With respect to studying older patients, Aylward added that biological age is not a helpful determinant when selecting antiplatelet therapy in this setting. “Frail is the language we use a lot more and there you’re not going to want to use a powerful P2Y12 inhibitor,” he told TCTMD, “but you wouldn’t just say, ‘Age over 70, don’t use it.’”

Aylward noted that depending on the definition, most bleeding isn’t devastating. “Even gastrointestinal bleeds, which is the big one, rarely kill you these days,” he said. “Perhaps I’m biased in that having a heart attack or blockage in the stent is more important than nuisance bleeding. I would stay with the more aggressive therapy, but [this study] is probably relevant for the patients we would classify as frail.”

To TCTMD, ten Burg said that if an older patient is robust with no history of bleeding or comorbidities but is at an increased risk of thrombotic events, such as those with multivessel disease, he’d also opt for a more potent antiplatelet agent.

No TREAT for Ticagrelor at 12 Months: Fibrinolysis Patients After STEMI Do Just as Well on Clopidogrel

Crushing It: Cangrelor and Ticagrelor Can Be Used Together Safely in STEMI, Small Study Hints