Prior PCI Does Not Affect Early CABG Outcomes: Registry and Meta-analysis

However, as the experts point out, long-term CABG outcomes in patients with prior PCI might be a more important endpoint. 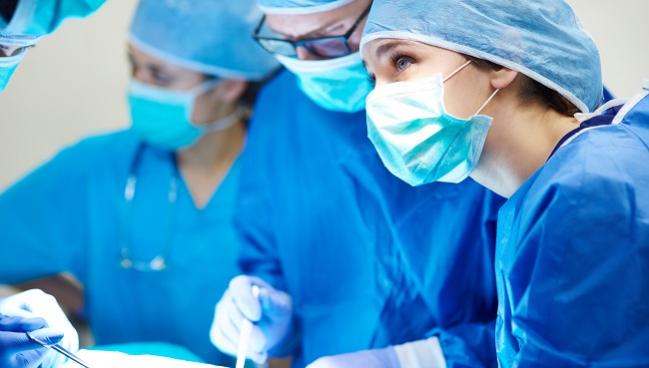 Patients who’ve previously undergone PCI see no increased risk for in-hospital mortality when undergoing subsequent CABG, according to the results of a prospective registry study. However, a parallel systematic review and meta-analysis found a trend toward increased higher in-hospital/30-day mortality with prior PCI.

“This study was pretty convincing in demonstrating that even patients who have prior PCI have no particular significant added risk of CABG surgery when they need surgery months to year later,” said Timothy J. Gardner, MD (Christiana Care Health System, Newark, DE), who wrote an editorial to accompany the findings. “In today’s revascularization work done by interventionalists and surgeons, patient selection is probably the best it’s ever been with patients rarely undergoing inappropriate or unnecessary PCI.”

Led by Giovanni Mariscalco, MD, PhD, (University of Leicester, United Kingdom), the analysis is based on data from 3,641 adults included in the European Multicenter Study on Coronary Artery Bypass Grafting (E-CABG) registry. Of these surgical patients, 685 had a prior PCI.

In multivariable analysis, prior PCI was not associated with higher in-hospital mortality in either propensity-weighted (OR 0.73; 95% CI 0.29-1.38) and unweighted patient groups (OR 0.90; 95% CI 0.39-2.08). Subgroup analyses also showed no effect on hospital mortality and morbidity, including re-exploration for bleeding, blood transfusion, hospital resource use, and neurological, renal and cardiac complications.

In addition to the E-CABG analysis, the researchers performed a meta-analysis of eight studies, which, when combined with the E-CABG cohort, included 71,366 patients. Here, there was a trend toward higher in-hospital/30-day mortality (adjusted OR 1.30; 95% CI 0.99-1.70) among patients with prior PCI.

The results were published February 13, 2018, in Circulation: Cardiovascular Interventions.

Michael J. Mack, MD (Baylor Scott & White Health, Plano, TX), who was not involved in the study, told TCTMD that cardiac surgeons frequently encounter patients who have already had PCI.

“There has been a significant body of evidence in the literature, as well as anecdotal surgical feeling, that these patients have an increased risk for surgery,” Mack said. “It is appropriate to look at these patients that have previous PCI and compare them to patients without previous PCI [to] determine whether you end up adversely affecting the long-term CABG outcomes by doing a PCI rather than a CABG.”

However, this study looked only at short-term outcomes, which Mack said he would not expect to be significantly different.

“The real concern with previous PCI is that it changes what you are able to do surgically,” Mack said. “In other words, what you need with bypass surgery is to put a bypass graft downstream from the blocked artery in a place where the artery in not particularly diseased. The more stents you put in the more you are compromising the landing zone.”

For this reason, Mack is more concerned about long-term outcomes, say 5 or 10 years down the line, in patients with prior PCI.

What About Failed PCI?

In the editorial, Gardner, along with co-author Kirk Garratt, MD (Christiana Care Health System), points out that the study excluded 120 of the 805 original patients from E-CABG who had prior PCI. This subgroup had acute PCI-related complications and twice the mortality rate of those patients who had CABG 1 month or longer after PCI.

“The researchers do not seem to acknowledge in the paper that patients who needed surgery because of a failed PCI in the first month did less well with surgery,” Gardner told TCTMD. “They had a higher mortality.”

Mack agreed, saying that this exclusion eliminated the patients from the study who are most at risk for having a complication after CABG.

“All other things being equal, there is probably no significant negative effect of PCI on early CABG mortality or early outcomes, with the possible exception of bleeding if patients are on dual antiplatelet therapy,” Mack said. “However, we still have to be very concerned about the compromise of the ultimate efficacy of a good CABG operation because of extensive previous stent placement.”